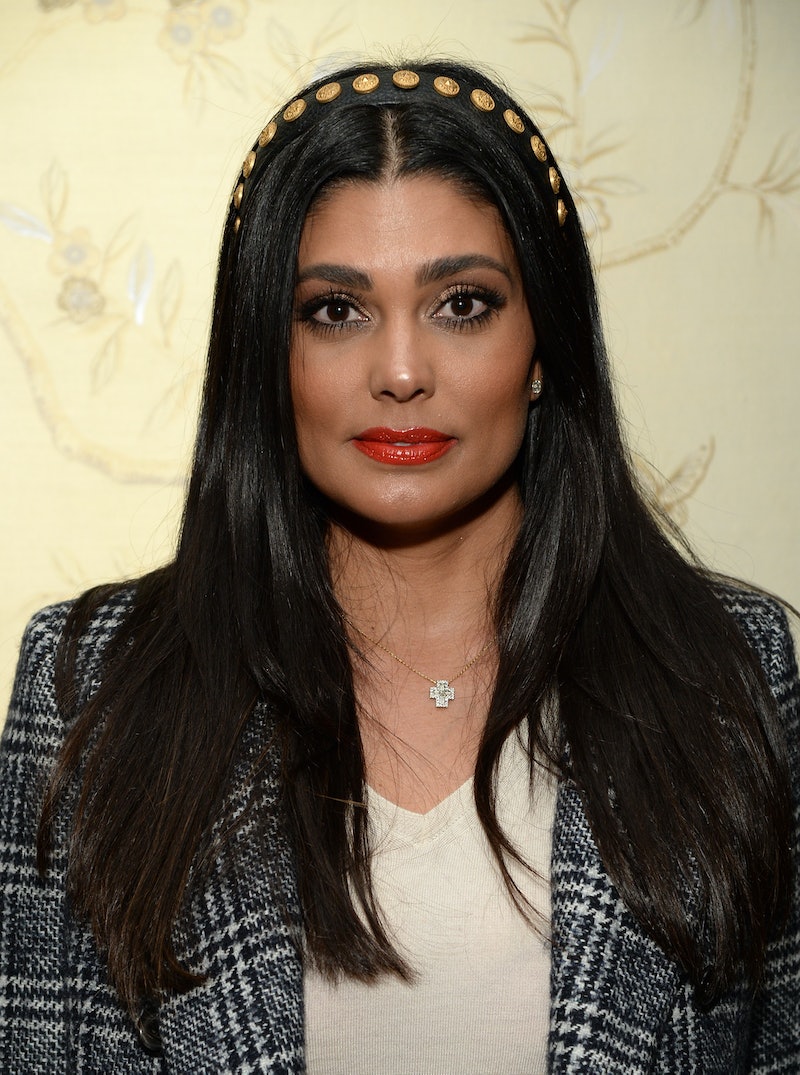 Since Beyoncé blessed the world with Lemonade over the weekend, she's left us with a lot of questions, and one of the biggest ones surrounds the true identity of "Becky with the good hair," who's referenced in the song "Sorry" as the woman Jay Z may or may not have cheated with. At first, it seemed strongly suggested that Rachel Roy is actually Becky (the fashion designer did post an Instagram using the phrase "good hair" in the caption"), but now, who Becky is isn't so clear. On Tuesday, Roy released a statement about Lemonade , and according to the designer herself, she's not the Becky everyone is looking for.

And not only is she not Becky, but Roy also wants to make it clear that it's not OK for those who think she is to harass her and her daughters. Here's her full statement to People:

I want to put the speculation and rumors to rest. My Instagram post was meant to be fun and lighthearted, it was misunderstood as something other than that. There is no validity to the idea that the song references me personally. There is no truth to the rumors. Consequently, online haters have targeted me and my daughters in a hurtful and scary manner, including physical threats. As a mother — and I know many mothers would agree — I feel that bullying in any form is harmful and unacceptable. I would hope that the media sees the real issue here — the issue of cyber bullying — and how it should not be tolerated by anyone.

Of course, it makes sense that people would've thought Roy was Becky after the Instagram post she shared on Saturday night with the words "good hair, don't care" in the caption. It totally seemed to be a response to the special, and in a way, it seemed like she was choosing to out herself. And even though there's always that chance that she was serious and now wants to take it back, it's never OK to threaten or bully anyone for any reason. Roy is right: Nobody should be treated that way, regardless of the situation.

Sorry, Rachel Roy truthers, it seems like Becky's true identity is still a mystery. But maybe it's better this way. After all, isn't the speculation half the fun?

Bustle has reached out to Beyoncé, Jay Z, and Roy for comment on the speculation, but has not yet heard back.

More like this
Becky G Once Had A Fear Of Speaking Spanish. Now She's Topping The Latin Charts.
By Tess Garcia
Spice Girls’ Net Worth: The Richest Member Is Wealthier Than The Rest Combined
By Hugh McIntyre
Kourtney & Travis Crashed His Daughter’s TikTok Live In Their 2nd Wedding Outfits
By Grace Wehniainen
Stormi Just Walked A Red Carpet With Mommy Kylie Jenner & Daddy Travis Scott
By Hugh McIntyre
Get Even More From Bustle — Sign Up For The Newsletter