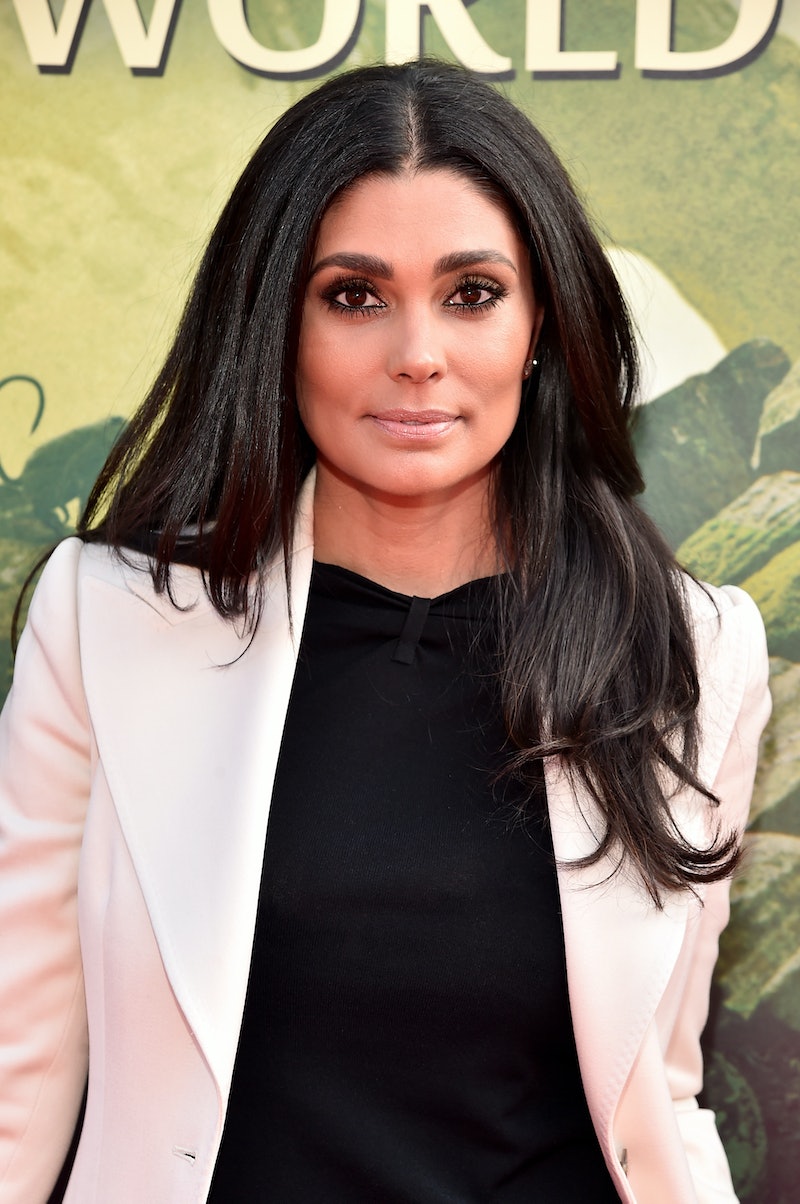 On what otherwise would be an ordinary Saturday night, Beyoncé premiered her Lemonade HBO special and dropped an entire album of the same name. More than just music, it's an entire visual album experience that really takes fans through Bey's life. In her song "Sorry," Beyoncé implies that Jay Z may have cheated on her with someone she refers to as "Becky with the good hair." So, who is this Becky? The answer may have been revealed on social media, or at least there's a certain someone getting the brunt of the blame — Rachel Roy. If you're asking yourself: Wait, who is Rachel Roy? Don't worry, I've got you covered. Here's everything you need to know about the fashion designer.

Following the premiere of Lemonade, Roy posted an Instagram smiling in a car with the following caption: "Good hair don’t care, but we will take good lighting, for selfies, or self truths, always. live in the light #nodramaqueens." She has since made her account private, but that caption is quite interesting. Although she says she's not trying to start drama, those words sure seem similar to the lyrics of "Sorry." Unfortunately, Roy has began receiving insulting messages on social media after posting the image, and according to Us Weekly, Roy's Wikipedia page was temporarily hacked too.

In response to this whole debacle, Roy posted the following tweet on April 24:

She's right. Beyoncé may have a loyal fan base, but that doesn't mean they should bully Roy, when it's not even confirmed that the lyric is about her. And even if it is about her, Roy raises a great point about respect and not bullying others. There's more to her than her potential actions, and she doesn't deserve to be so meanly criticized for something she may or may not have been involved in. It's better to not get caught up in the drama and focus on the real things to know about Roy, such as:

1. She Really Does Have Good Hair

If those lyrics are about Roy, it'd make sense since she has some enviable locks. But let's give her more credit beyond her appearance — there's so much more to her as a person.

2. Her Name Surfaced During Elevatorgate

Remember in 2014 when that whole mishap went down in the elevator? I'm talking about when Solange reportedly attacked Jay Z and the Internet went into overdrive with cheating rumors. At the time, Roy was also thrown under the bus. According to Us Weekly, Solange had reportedly also yelled at Roy at an afterparty that night, thus spurring these rumors.

3. She Has Plenty Of Famous Clients

Roy has designed clothes for celebrity clients, including Chrissy Teigen, Kim Kardashian, and even the FLOTUS, Michelle Obama. She's established quite a name for herself in the fashion world.

4. She Was Married To Damon Dash

From 2005 to 2009, Roy was married to Damon Dash. He co-founded Roc-A-Fella Records with Jay Z. He also was Jay's former manager. So, this means that the ties between the Carters and Roy go way back. Following their divorce, things between the former spouses have been rather rocky. Roy and Dash have two daughters together, Ava and Talulah.

In March, Roy released her book Design Your Life . Published by Harper Collins, the book is filled with style tips and insight. Here's the description:

Design Your Life takes fashion one step further—from looking great to becoming great, from the inside out.

Considering she runs her own clothing line, it certainly sounds like she knows what she's talking about. Plus, Kim Kardashian had her back and helped promote the book.

6. She Recently Launched A Plus-Size Line

Back in February, Roy launched her Curvy Collection. According to Yahoo Lifestyle Australia, plus-size designs have been the biggest request since she started her line in 2009. The collection includes 45 dresses and separates. As Yahoo reports, Roy said, the collection is "no different from my contemporary line, except the fit is exactly what my extended-size customers need."

Regardless of whether Roy actually is the "Becky" referenced in the song, hopefully the social media uproar about her dies down. It's unfair to attack her, no matter the rumors.