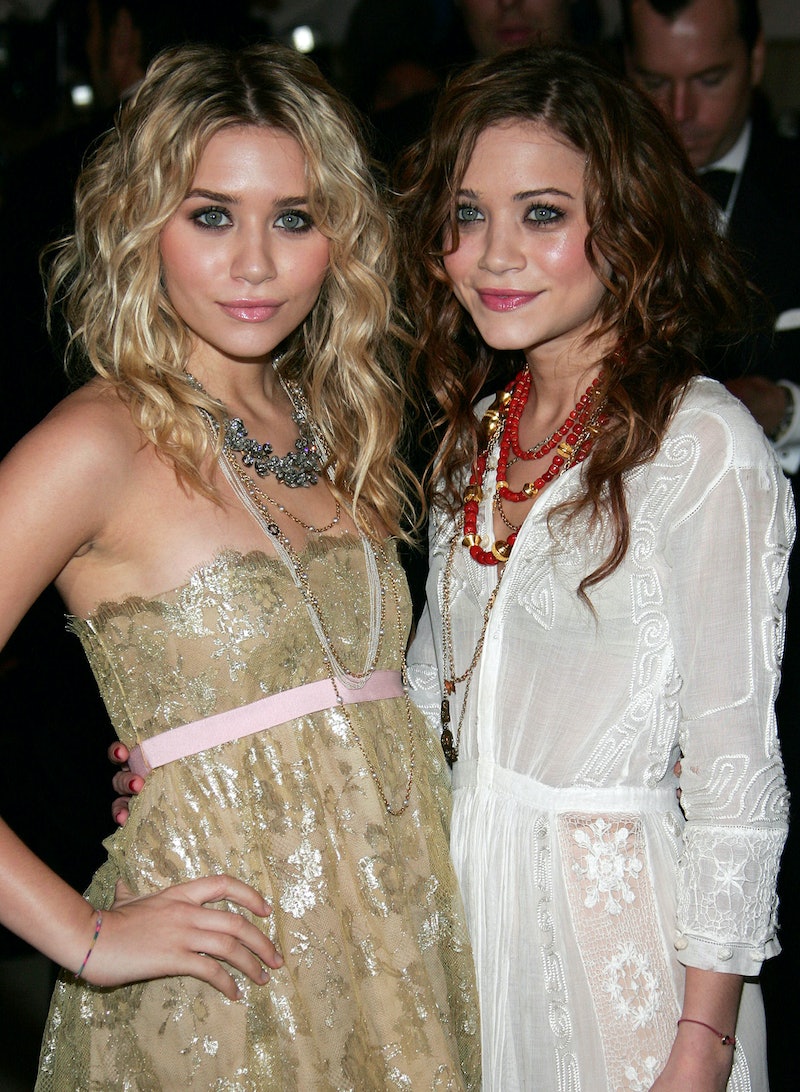 There's no doubt that Mary-Kate and Ashley Olsen are two of the most successful (and stylish) women in the fashion industry, so it's kind of hard to forget that their signature simple, beyond chic style has taken some crafting and refinement over the years. Since the Met Gala is coming up on May 2, it's probably appropriate to look back at Mary-Kate and Ashley Olsen's first Met Gala dresses. Get ready to feel all the feels. Nostalgic so hard right now.

The Olsen twins have always had style — that's undeniable — but they weren't always as minimalist and sophisticated as they are now. I mean, their first Met Gala was in 2005, when they were 18-years-old. Do you remember how you dressed 11 years ago? Yeah, a whole lot changes.

That's not to see the twins didn't look flawless — they just didn't look like the 2016 versions of themselves. So let's rewind the clock 11 years to May 2005 and remind you of what they did look like. In case you forgot, the theme of the gala that year was "The House of Chanel," (so naturally, they were wearing Chanel), and this totally marked their transition from child actors to fashion icons.

OK, hold the phone. They are wearing colors other than black. Ashley has even got some pink on. And there's gold and glitter. Was that real life? It totally was. But they were still students at NYU back then, so they were still experimenting with their personal styles.

These are definitely far more girlie, glam looks than we're used to seeing from them, and now I'm all nostalgic. They're even hugging — adorbs. Now check the hair and makeup:

The twins usually go more minimal and fresh with their makeup these days (and hair is never too done), so this is a way more than we would expect from them now, but still so fierce. And Ashley is giving us so much sass with that hand on her hip.