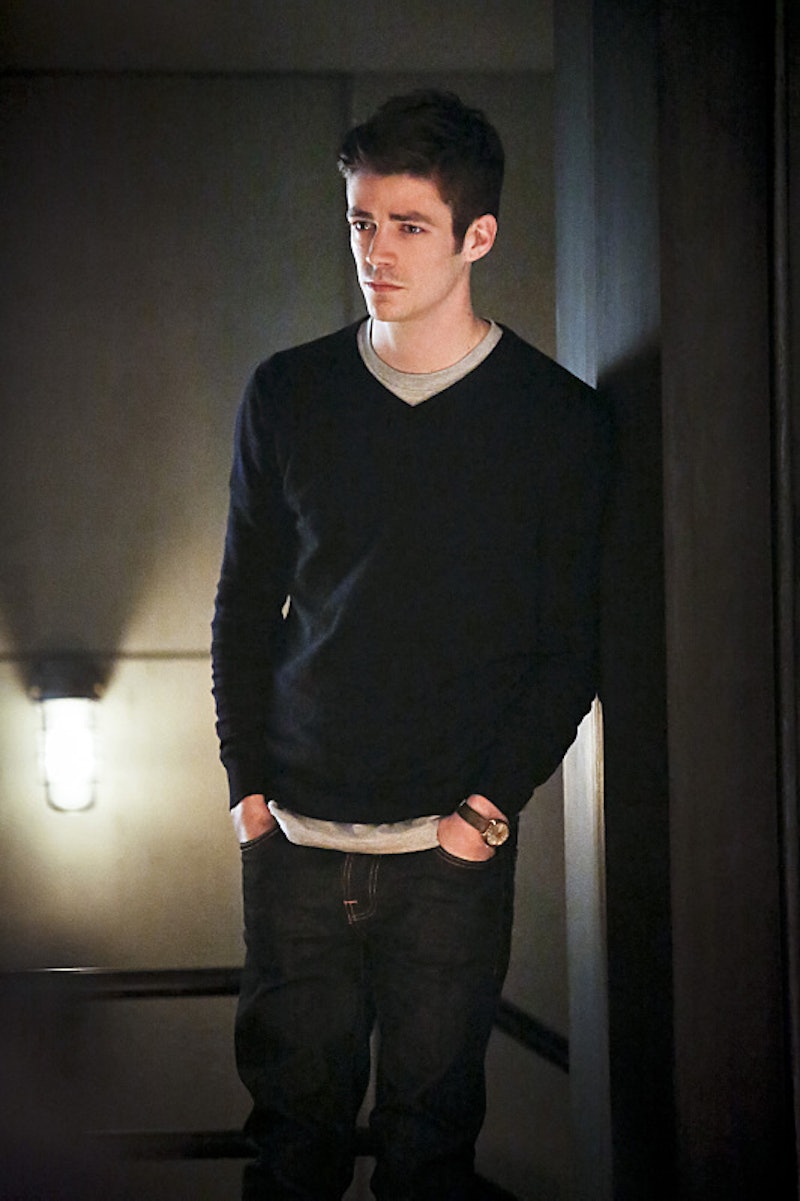 What happens when a speedster no longer has his speed? That's a question that Central City's hero will be forced to grapple with now that Barry no longer has his speed on The Flash . After trading his power for Wally's life, Barry was forced to watch as Zoom injected himself with the speed serum and become faster than he's ever been before. (Which, let's face it, was already pretty darn fast.) But just as it was possible for him to give the speed up, I have to believe that there's a way Barry can get his speed back from Zoom. It's just a matter of how they choose to go about doing it.

Now, of course, that doesn't necessarily mean that Barry will get his speed back right away. He may even have to wait all the way until finale for his power to get restored. But you can't have a show called The Flash without there actually being a Flash. (I mean, what would be the point, right?) So it's only a matter of time before Barry inevitably puts the "meta" back in his metahuman self once again. Otherwise, they don't stand a chance of going up against Zoom. So just in case the writers need a little inspiration, here are all the ways I could think of for how Barry could retain his Speed Force once more...

He Steals It Back From Zoom

The idea seems simple enough. If Barry's speed can be extracted into a syringe-like device, then the same can probably be said for Zoom. Now, as to how Team Flash would get Zoom to run on a treadmill and willing give up the speed, I have no idea. Perhaps they're able to find his weakness and use it against him as blackmail? Either way, this would definitely get the job done, though, the odds of success seem less than ideal.

They Recreate The Particle Accelerator Explosion

Obviously, they wouldn't want to do this on a massive scale considering what it did to Central City the first time around. But what if they were somehow able to recreate and harness what happened to Barry on the night he was electrocuted? Maybe then he'd be able to attain some semblance of the speed he once had. He may not be as fast as Zoom, but it'd definitely be an improvement.

He Pulls A Harrison Wells & Recharges

Remember how faux-Wells used his wheelchair to recharge his speed after he lost his original Speed Force? It's possible that Barry could use this Tachyon-Accelerator device to a similar degree. Again, it's not the most ideal scenario because who knows how often he'd need to use it or how long the effects would last. But it's certainly a better option than nothing and could give him enough speed to get close to Zoom and steal his original Speed Force back.

A Different Speedster Battles Zoom & Steals It Back

Whether it be Wells' daughter Jessie or Wally West, Barry's lack of powers may allow another speedster to step into the spotlight for a moment and at least get close enough to Zoom to get Barry's speed back.

Caitlin Convinces Zoom To Give It Back

There is definitely some part of Hunter/Jay/Zoom that truly cares for Caitlin, which means she has the best chance of appealing to his humanity. Granted, it seems like a long shot to hope that he'd willingly give the speed back, but if anyone could convince him to do it, it would be Caitlin.

But no matter how it ends up getting done, I think we can all agree that the road to recovering Barry's speed is going to be an uphill battle and won't be done in a... well... flash. (Sorry, I had to.)