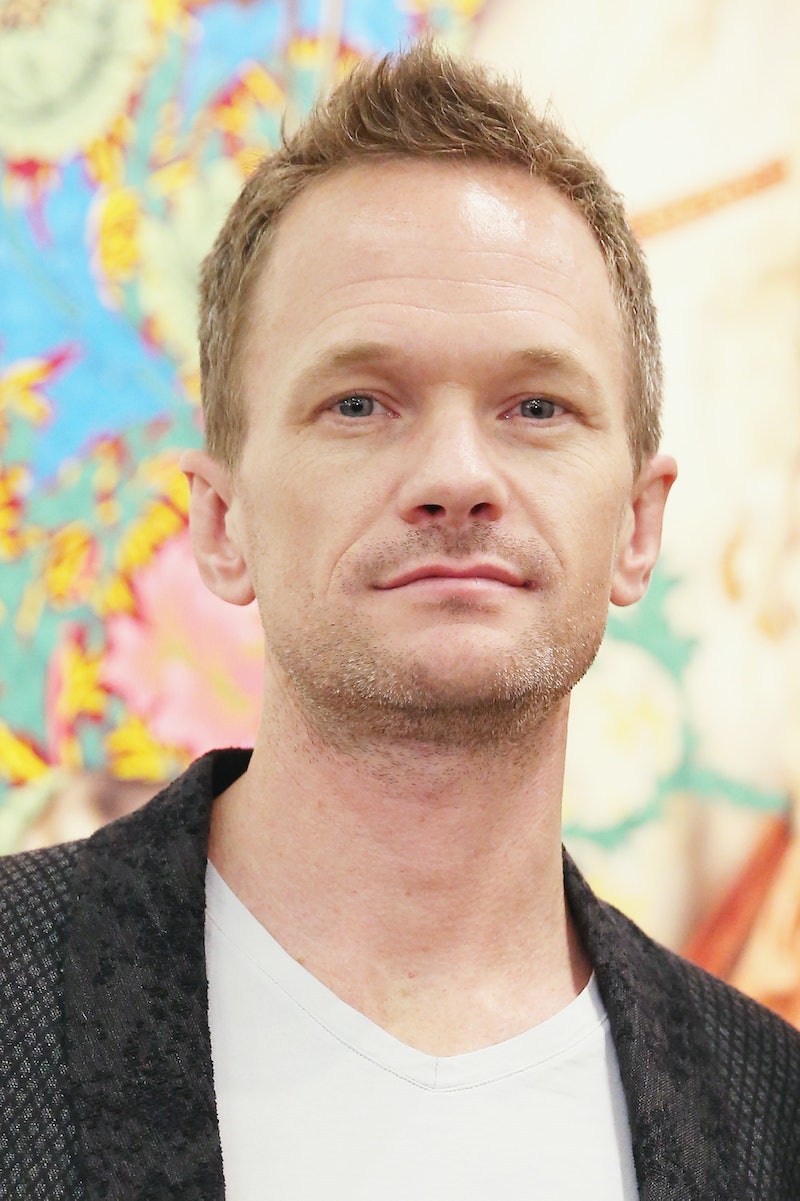 Lemony Snicket fans finally caught a glimpse of Neil Patrick Harris' Count Olaf on Tuesday, when images of the actor in full regalia surfaced online. Harris takes on the villainous role in Netflix's TV adaptation of A Series of Unfortunate Events, which is slated for release later this year.

The 13-book young adult saga tells the story of the orphaned Baudelaire siblings — Violet, Klaus, and Sunny — who are sent to live with various relatives after their parents die in a mysterious fire. In the first book, The Bad Beginning , the banker in charge of the Baudelaire fortune sends the children to live with their "closest living relative," a phrase he interprets to mean "the closest living, geographically." This leaves the Baudelaire siblings in the hands of their distant cousin, Count Olaf, an actor and arsonist who wants to steal the children's fortune.

When his first plot to get his hands on their inheritance — by marrying 14-year-old Violet — fails, Count Olaf loses guardianship of the children. Shrouding himself in disguises only the trio can see through, the villain follows the Baudelaires to each subsequent placement, always with a plot to kidnap them and kill their latest guardians.

The Netflix series won't be the first adaptation of Snicket's YA novels. The first three A Series of Unfortunate Events books got a loose film adaptation in 2004, with Jim Carrey cast as Count Olaf. Initial plans to develop that film into a Harry Potter-esque franchise fell through, but now it appears the series is back and better than ever.

Harris' Count Olaf is closer to a remarkably lifelike Brett Helquist illustration than a live-action version of the character. He's much more evil-looking than Carrey's comical portrayal. In fact, the only thing missing is the V.F.D. eye tattoo on his ankle, which I'm sure series producers haven't left out.

(Seriously, someone get me a shot of that tattoo.)

More like this
16 Novels That Paint A Realistic Portrait Of Abortion
By K.W. Colyard
'Bridgerton' Star Nicola Coughlan Confirms Season 3 Will Focus On Colin & Penelope
By Grace Wehniainen and Alyssa Lapid
9 Must-Read New Books Out This Week
By K.W. Colyard
Why The '365 Days' Sex Scenes Are Good, Even If The Movies Aren’t
By Arya Roshanian
Get Even More From Bustle — Sign Up For The Newsletter