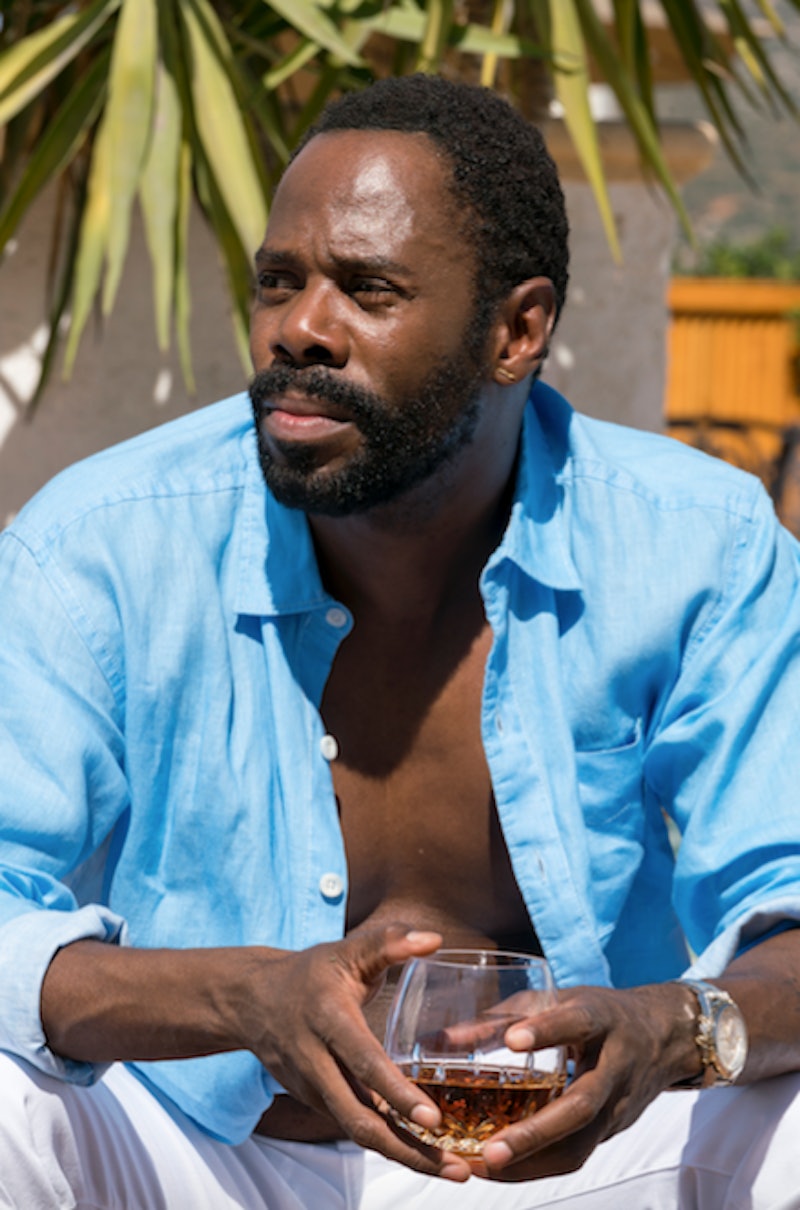 Fear The Walking Dead finally gave us some answers about Strand's past but, like any good drama, raised a lot more questions. Who is Thomas Abigail on Fear The Walking Dead ? The captain's wealthy associate, lover, and apparent namesake of the yacht is just as mysterious as Strand himself.

In the episode, Nick went ashore to locate an associate of Abigail (the person, not the yacht) and Strand, who name is Carlos. I believe this is who Strand was talking to from the ship's radio. Nick, who has taken a real liking to disguising himself in blood and walking amongst the infected, was perfect for this mission. Meanwhile, flashbacks revealed how Strand — who worked in real estate and lost everything after Hurricane Katrina, met and started working with Thomas. They met in a bar. Strand stole Thomas' credit cards off of his drunk body. Thomas and Carlos confronted him. They started working together. They fell in love. Tale as old as time.

The flashback was a bit difficult to follow, because I still can't get a read on when Strand is and isn't lying. Every time I think I know his truth tells, something changes. Is Thomas Abigail just a mark to him? Did he intend to rob him, but then fall in love? Were they together the whole time? It seemed like a lot of the flashbacks scenes were written and filmed with a kind of restraint in order to reveal that Victor and Thomas were romantically involved. Their chemistry was apparent, at least to me, from the very beginning and I wish they had gotten that out of the way earlier so that everyone could be a little more forthcoming.

All in all, it is nice to know that Strand is really just trying to get home to his loved ones. He may not have a dastardly hidden motive after all. At the end of the episode, Nick and Carlos made it to Abigail (the yacht, not the person) but Strand was not there. He's in a lifeboat with Madison and needs medical attention after being shot by Connor's men. Plus, poor Thomas doesn't know that when Strand finally returns to Baja from this ordeal on Fear The Walking Dead, he has a whole host of people looking to move in with the happy couple.