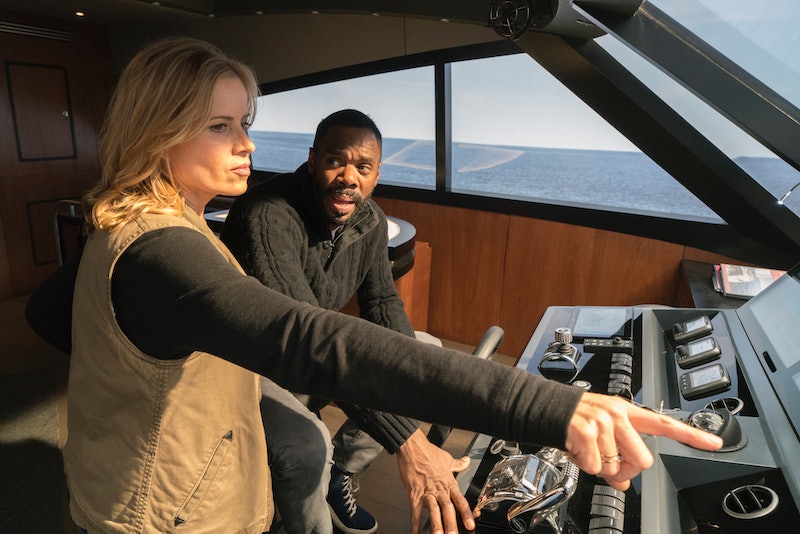 According to Strand, he has a fortified place in Baja, California. That's where he's been heading all along, not to San Diego or the islands, as he originally proposed. Madison demanded that he allow all seven of his passengers to stay with him. Strand conceded, saying that he couldn't possibly ditch that many people. However, by the way he cut Alex's tow line at the end of the episode, both Madison and the audience know that he could — a little at a time.

I'm really starting to like the relationship between Madison and Strand on this show. They respect each other and have the capacity to be friends, but both know that they are rivals of a sort as well. Madison has a family to protect. As far as we know, Strand is only out for himself — depending on who he's been talking to from the boat's radio. I think she trusts him, but mostly because she's observant and able to stay a step ahead of him if needed.