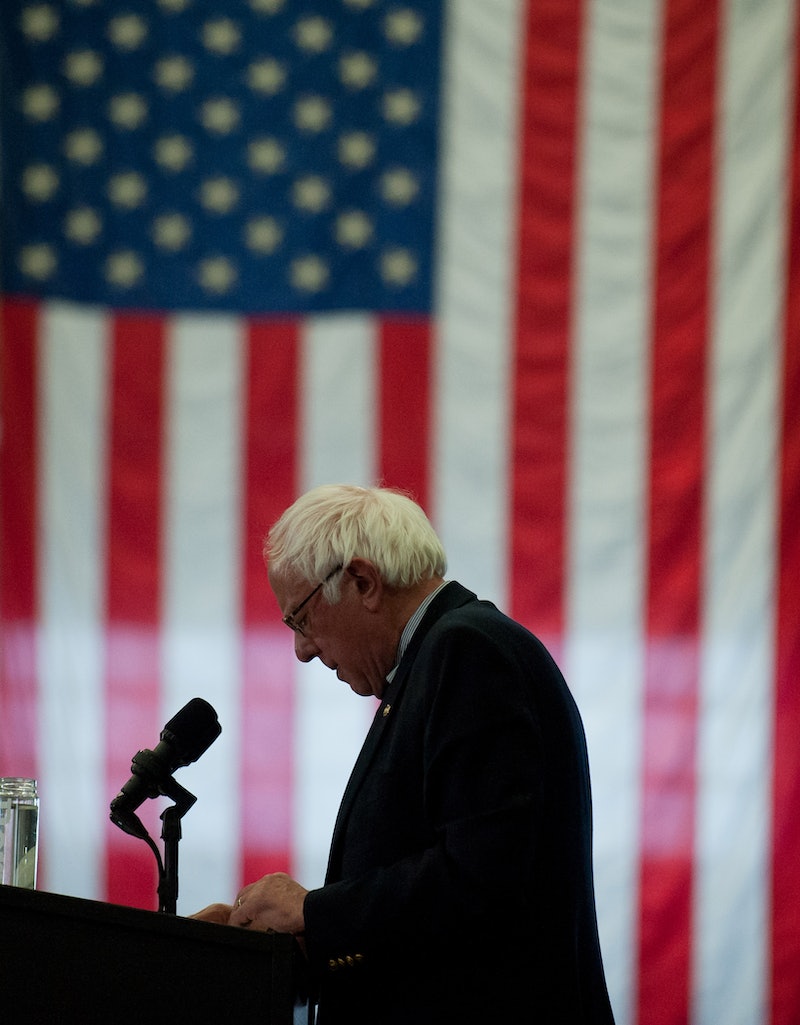 Acela Tuesday primaries are finally here — another big day for the 2016 presidential primaries. Voters are taking to the polls across the Northeast, casting their ballots in Connecticut, Delaware, Maryland, Pennsylvania, and Rhode Island. With so many states voting on Tuesday, there are plenty of delegates for candidates to snag, with 118 available to the GOP and 384 for the Democrats. On the Republican side, there are 1,237 delegates needed to secure the nomination, and for Democrats that number is 2,383. Due to the wide margins between candidates, as well as the number of delegates still needed on either side to secure the nomination, Tuesday's states are definitely pivotal. With that in mind, will Acela Tuesday bring Bernie Sanders any wins?

The anti-Wall Street crusader, Sen. Bernie Sanders of Vermont, has run his campaign as a Democratic Socialist, calling for a political revolution, and has brought continuous attention to the disappearing middle class. Leading up to Tuesday's primaries, Sanders made campaign stops in a few of the states holding primaries, including Baltimore, Maryland, and Reading, Pennsylvania, and remained positive about his potential to win at least four of the five states. On Monday morning, Sanders told CNN:

Sanders also said, "We have won 16 states so far, and I'm looking forward to winning a number more. I think we've got a path to victory and I'm going to fight this until the last vote is cast." If Sanders is right about potentially winning Pennsylvania, Connecticut, Rhode Island, and Delaware, he better hope to also win big in these states, as it is clear that winning is just the minimum in states where delegates are allocated on a proportional basis. We saw it in Wyoming, where Sanders won, but took even fewer delegates than Clinton.

Pennsylvania holds the most delegates available to Democratic candidates, with 189 total at stake, followed by Maryland with 95 and Connecticut with 55. If Sanders were to win in at least three states, he could potentially solidify a good number of delegates on Tuesday to bolster his campaign.

Even if the whole nation feels the Bern — and polls do show Sanders closing the gap on a national scale — the Vermont candidate has a lot more than just Clinton to worry about, but an entire political establishment.