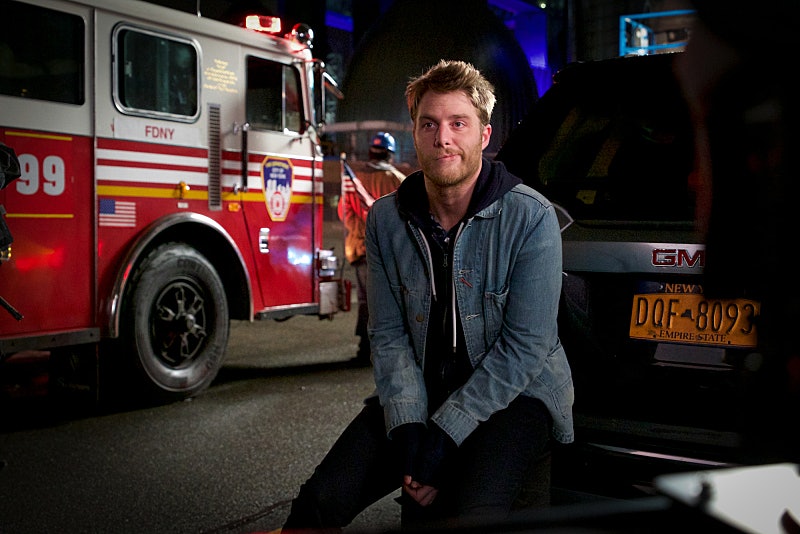 With the season finale of Limitless set to air on CBS Tuesday, the next logical question — after, of course, what will happen in the season finale?! — is when will Season 2 Limitless premiere? Of course, this is a question that would be nice to have the answer to now, considering the impending finale and all that. Unfortunately, though, this is not the case, because TV networks seldom renew shows this early, let alone announce premiere dates before renewals. But, that doesn't mean we can't hypothesize when Season 2 might premiere (if it happens, of course.)

The show, which is based on the 2011 Bradley Cooper-starring film of the same name, stars Greek's Jake McDorman and is about an average 28-year old man named Brian Finch that gains the ability to use the full extent of his brain's capabilities via a drug called NZT. He is subsequently hired by the FBI as a consultant. It's drama, drama, drama after that, of course. Though Season 2 hasn't been confirmed yet, it stands to reason that if the show does get renewed, new episodes will premiere in late September, like the pilot episode of Season 1 before it. Of course, there could be some crazy scheduling demand that would change up the whole thing, so even this isn't a sure thing — but it's at least something to go off of.

Regardless of release date, we've still got to wait for the cast and crew to create the entire television show. It's going to take months! What is a fan to do in their spare time? Simple: Feast your eyes and catch up on some shows with the same kinda vibe as Limitless to soothe your soul. That way, you'll be prepared for the premiere date, if it's announced soon.

Hop over to NBC and check out Blindspot. The show has the same sort of ordinary-Joe-stumbles-upon-something-extraordinary storyline, this time being a Jane Doe with no memory of anything (a blindspot, if you will), who has tattoos all over her body that all happen to be crimes that need solving. It's some thought-provoking fun.

If you like the idea of a cop show with some supernatural, superscience vibes, than why not head to the OG, The X-Files? S/O to Mulder, my main dude.

A quirky genius and his extra-smart pals work together as a Homeland Security junto of sorts to defend the world against the high-tech threats of the computer age. The close vibe of the group and the high-tech thing is perfect for the Limitless fan.

A government fugitive teams up with a recent Quantico graduate to put lots of bad guys in prison. There are a lot of FBI-themed shows, but this one does it particularly well. Also, James Spader is terribly creepy in this, which is an added bonus.

In the world of supernatural, superscience-y FBI shows, Fringe really steps up the competition with a whole parallel universe thing. As the team investigates cases of science gone awry, they discover all these wacky connections. It's truly an excellent compliment to Limitless.

The first think you'll notice about Quantico is how attractive everyone is, and how healthy their hair looks. The second will be the lies and secrets of the FBI recruits the show features. This mysterious FBI vibe is just right.

Yes: There been a television show starring Jennifer Lopez as a crooked cop working to pay off her debt to society by working with the FBI since January! If you haven't seen it yet, get on that already. J. Lo rocks this role.

So we've got some time 'til a possible Limitless Season 2, and more than enough shows to keep us busy. Get started!