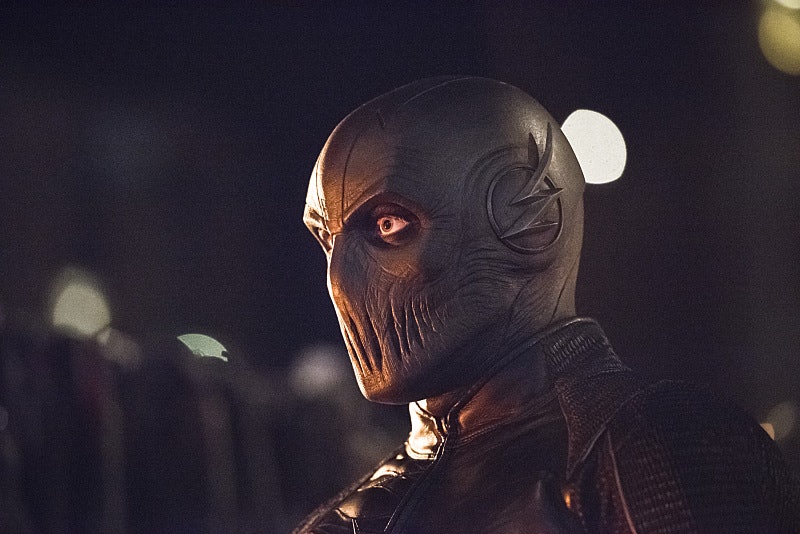 I never particularly like to see a member of Team Flash in mortal peril, particularly one as altruistic as Doctor Caitlin Snow. But, while Zoom's kidnapping of Caitlin was dastardly and all-around concerning, some good did come out of it. (Sorry, Cait). And by "it" I mean the whole harrowing experience. By imprisoning Caitlin and subjecting her to her crazed doppelgänger, Zoom unwittingly showed his cards. That's right, guys. Zoom revealed his evil plans on The Flash in this week's "Back to Normal." Sort of.

How can I possibly see Zoom's kidnapping of Caitlin in a positive light? It's simple: she (and subsequently, we viewers) was able to get some exceedingly important inside information about him. As Team Flash pointed out that villains are always chilling out in the creepiest of lairs (too true), I also find that villains are typically way too open about their evil plans with their victims. Both Killer Frost and Zoom were apparently no exception to these rules. Silly villains.

Killer Frost revealed that Caitlin herself was Zoom's weakness, as evidenced by the fact that Killer Frost was still alive merely because she resembled Caitlin. And again, by Zoom saving Caitlin from Killer Frost's icicle impalement and killing her for her newfound uselessness and for her treatment of the doctor. That's a check in the "Pros" of Team Flash's "How to Defeat Zoom" strategy column. That is information to be stored away for the future and I have a sneaking suspicion it'll be key in Barry ultimately settling the score.

And, as if that ace in the hole wasn't enough, Zoom told Caitlin, the woman he supposedly "loves" that his plans changed. He's no longer counting his successes in victims claimed, but by the amount of worlds conquered. Zoom may have just changed the game, but he stupidly told Caitlin what the game was all about.

While Zoom's enthusiasm for returning to Caitlin's earth is unnerving, he also did her a solid by bringing her back. Barry's still speedless, which means she would have been stuck on Earth-2 indefinitely. Plus, Zoom's return means Caitlin's return, which means that Caitlin can go tell all this juicy info to Team Flash so they can figure out how to take Zoom down once and for all.