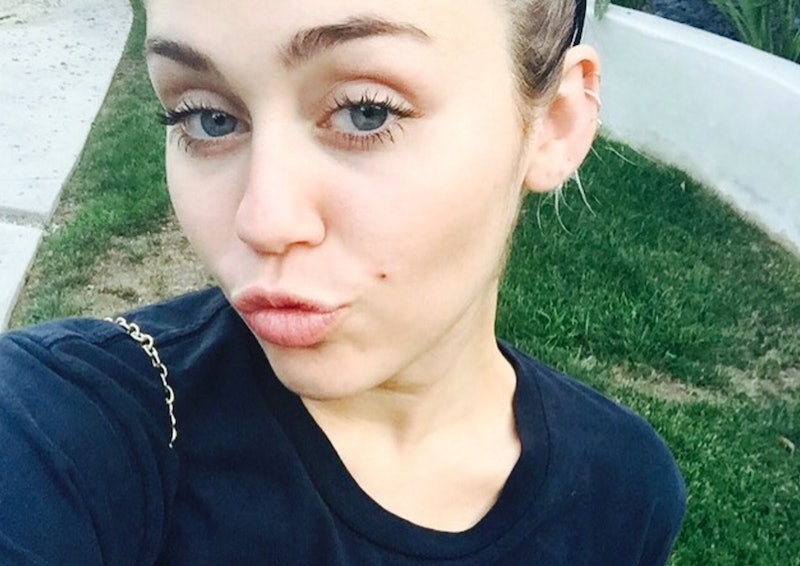 I have a confession: I pop my zits. Every time there's a pesky little white head on my skin, I'll immediately try to squeeze and push it until I see white puss release from the tip. So, naturally, I'm quite familiar with these 13 things that can go wrong when you try to pop a zit. Because even though I love popping zits, my zits don't always like to be popped. And with years of experience, I can guarantee it's these things that you'll want to avoid unless you want a zit to go from bad to worse.

Yes, I know popping zits is a bad habit. Dermatologists have said it can scar skin, collect even more bacteria, and create more zits. And those are things I think we would all like to avoid. But there's no denying that there's a super satisfying, pleasant feeling when successfully popping a zit. And if you have ever popped a zit, you probably know the feeling. That being said, there are various things that could easily go wrong in a pimple popping situation. From scarring your skin, to using tools you don't know how to use, to going in way too early, these are things to avoid if you're ever caught between a rock and a, well, poppable pimple.

So, without further ado, here are 13 things that can go wrong when you try to pop a zit, and some advice on how to treat them. Learn them, avoid them, and (resist the urge to not) pop away!

Easily the most possible (and most annoying) thing that can go wrong when you want to pop a zit is that it won't pop. Most dermatologists who are OK with popping only allow it under the condition that patients know how to do it correctly. NYC dermatologist Joshua Zeichner, M.D., told Teen Vogue that you must pop, not pick, and treat the situation "like a surgical procedure.”

So, make sure your hands are clean, you're nails are short, and that you keep tissues near by to wrap your fingers in. If it's not popping, Zeichner says to give it up. Easier said than done, but take a step away from the mirror and your skin will probably thank you.

2. It Pops Under The Skin

Most of the time when you pop a zit there will be puss and oil that releases from your skin. But other times, it will pop under the skin. In that case, you probably had yourself a cyst. A cyst is usually characterized as a pustule that's tender skin-colored, and larger than your regular blemish, according to She Knows. In that same article, Dr. Margarita Lolis, board-certified and fellowship-trained dermatologist and Mohs surgeon, explains that when you squeeze a cyst and it erupts under the skin, "the cyst contents, i.e., pus, can cause enough destruction of skin, resulting in an ice pick scar or crater-shaped scar.” It other words: yikes.

Usually when you pick at and try to pop a zit, it only gets worse. But there are ways to treat a flared up pimple besides leaving it alone. Esthetician Kate Somerville, whose clients include celebrities like Jessica Alba and Paris Hilton, told Bustle that wrapping an ice cube in tissue and holding it to the zit can help reduce inflammation and swelling in the area. Even though it may burn a bit at the time, the cold will ultimately help reduce calm the zit.

If you're going in for the pop, the most important thing to do is make sure both your skin and your hands are clean. In an article interviewing Dermatologist Dr. Jessica Wu, Kristin Booker of Stylecaster said that "anything that touches your face has to be sterile and insanely clean" when going in to pop a zit. So, rub down the area and your hands with rubbing alcohol, so you don't run the risk of spreading oil and bacteria and making the zit larger or creating new zits in the area.

If you're dealing with a stubborn pimple, there's a good chance you'll scar your skin whether it pops or not. Washington, D.C., dermatologist Rebecca Kazin, M.D., associate director of Washington Institute of Dermatologic Laser Surgery Chevy Chase and John Hopkins department of dermatology faculty member, told Women's Health Magazine that once your zit pops, to not play with it even though it still looks raised since it's just swelled skin.

After the popping or picking, you'll probably form a scab, and Kazin says in the same article that "the most important thing to prevent scarring is to not pick the scab once it forms." Since the scab is the regeneration of the skin, picking at it will potentially cause a worse scar and discoloration. And after a traumatic zit experience, that's probably the last thing you need. So keep those hands off as much as possible.

If you've seen a Dr. Pimple Popper video (beware if you haven't, they are not for the faint of heart), you're probably familiar with a comedone extractor. The scary looking tool is, essentially, a pimple popping extractor that puts pressure around a zit to cause it to pop. It's a pretty cool gadget, but if you don't know how to use it properly it could be dangerous. And the same applies to a lancet needle as well. Use these tools with care after a dermatologist has shown you how. If the zit isn't cooperating with you, it's probably best to put the tool down and leave the zit be.

You haven't seen irritated skin until you've squeezed a zit so hard it turns a bruised red, almost purple color. I can give you more than a few instances when I've had really deep, painful zits that I've tried so hard to pop with no luck. Instead, I'm just left with super red, inflamed skin that feels thick and scarred.

As we've went over, this is the time to leave the zit alone. But there are some home remedies to calm the area. LA esthetician Tony Silla recommends applying witch hazel to the area to remove redness, and Livestrong says over the counter creams with benzoyl peroxide and natural oils like tea tree can help reduce redness and inflammation.

8. Popping It Will Make You Cry

You know the zits. The ones in those really sensitive areas like, for example, under the eye. The skin underneath the eye is thinner than in other places of the face, which is the main reason for dark circles. Because the skin is thin, it means that picking or popping a zit in that area will hurt ten times more than in other areas. Or, at least feel like it.

If you're still tempted, though, be sure to hold a hot compress to the area for a few minutes, as Allure suggests, to soften the skin and, thus, make it easier for the puss to flow. And that's only if the videos from Dr. Pimple Popper's page didn't make you cry with disgust and astonishment already.

9. Make It Look Worse With Makeup

Cosmopolitan.com recommends dabbing the zit with concealer to get to all it's nooks and crannies, and using foundation to blend it into your skin tone. Or you could get creative like Miley Cyrus and make your zit into a beauty mark. Just make sure you're not applying makeup to a zit that's just been popped, says Dr. Schweiger, M.D., dermatologist and founder of Clear Clinic Acne Treatment Centers, to Refinery29, since that could lead to infection.

10. Lose Yourself In Front Of The Mirror

It's easy to lean into the mirror to check out one zit to see if it will pop, and end up inspecting all of your pores and lose 45 minutes. No scientific explanation is necessary here, because I'm convinced it's a bad beauty habit we've all been guilty of at least once or twice. One thing that's always helped me is keeping reminders in the form of sticky notes stuck to my mirror.

Motivational, self-loving notes like "smile" and "love yourself" remind me to focus on the bigger things, and not a tiny little zit. It may sound silly, but it can really help. Otherwise, it's always important to remember that zits or no zits, you're beautiful inside and out. So step away from the mirror, and do something that really makes you feel happy, confident, and like yourself. Who wants to be picking at their skin for 45 minutes anyways?

11. You'll Regret Even Thinking About It

In my time popping zits I've found that I almost always regret trying to pop a pimple. There's a reason why dermatologists and aestheticians advise against it; it's a skin-tearing, puss-filled experience that, clearly, can go wrong in many different ways. Zits are bad (almost as bad as the stock photo above of a lady wearing a zit-adorned paper bag over her head), but one foolproof remedy for one is to ignore it all together so you don't have to regret making it worse.

But hopefully, with all this said, you'll know how to correctly approach popping a zit, be knowledgeable on how to treat one, or avoid it altogether. Or, you know, pop it.

Whatever suits your pimple fancy!