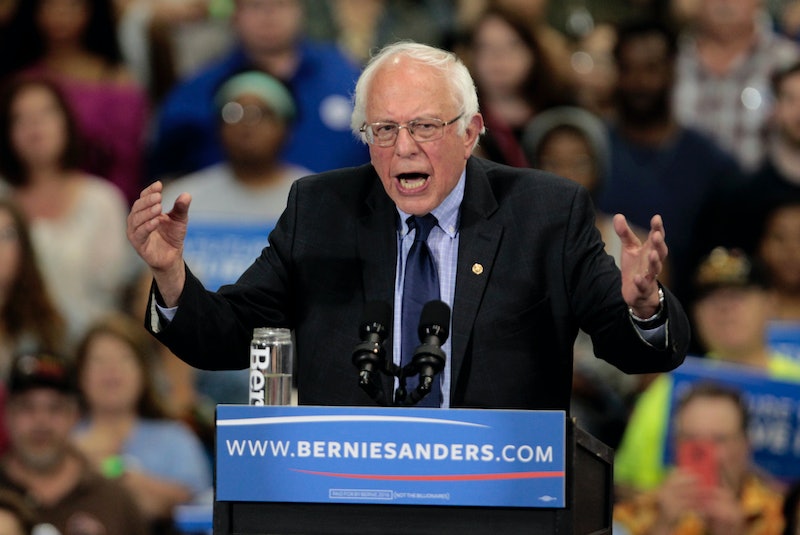 In the weeks leading up to the New York primary, Bernie Sanders was on a winning streak after scoring eight out of nine primary elections. His substantial loss in his home state of New York on April 19, however, marked a descent that extended into Acela Tuesday, where he won only one of five states. Since Sanders is favored to win West Virginia and Oregon, he may be granted a chance to close the delegate gap just slightly before the last massive round of primaries arrive on June 7.

With several elections left, no one has the cat in the bag just yet, but Clinton's getting extremely close. Indiana's primary on May 3 will be followed by elections in West Virginia on May 10 and Kentucky and Oregon on May 17. Though Clinton is favored to win Indiana, she only has a four point lead on Sanders according to the preliminary polling. Before California, which holds an astonishing 546 Democratic delegates, Indiana's 92 delegates have the most to offer. Still, the future looks slightly better for Sanders in West Virginia. It may only offer 37 delegates, most of which are allocated proportionally, but the Vermont senator needs everything he can get right now in order to stay in the race.

One particular MetroNews poll predicts that Sanders will beat Clinton in West Virginia by 28 points. With a population of less than 2 million people, West Virginia might be small, but its election could turn out to be one of the more significant primaries for one important reason: A Sanders win would represent one of the biggest flip-flops since Clinton won almost 67 percent of its vote in 2008. On Tuesday, Sanders spoke to a crowd of over 6,000 people in Huntington, West Virginia and explained why he believes he has the best shot at defeating a Republican nominee. The crowd was onboard.

As for Kentucky, one poll shows Clinton leading by 44 points. Another conducted by Public Policy Polling suggests she's only leading Sanders by five points. Though two single poll aren't the most reliable predictors, Clinton's wins in other southern states definitely put the chips on her side of the table. That being said, in March alone, Sanders won more donations from Kentucky residents than the rest of the primary candidates combined did during that month. In other words, the Bluegrass State is a tough call.

Oregon's vote, however, is a little easier to predict given Sanders' immense success in western states like Idaho, Utah, Wyoming, and Washington. Furthermore, Gallup ranked Oregon as one of the nation's top 10 most liberal states. Luckily for Sanders, highly liberal states tend to define themselves as progressive. The state tied with Hawaii, which held its Democratic caucus in late March. If the Aloha State is any indicator of Oregon's vote, Sanders can be expected to win by a landslide.

Even if Sanders win a majority of delegates from West Virginia and Oregon, his chances of catching up with Clinton are slim. The frontrunner has already reached 90 percent of the 2,383 delegates needed to win a nomination. At this point, Sanders may decide that he's better off influencing the Democratic platform than trying to win.