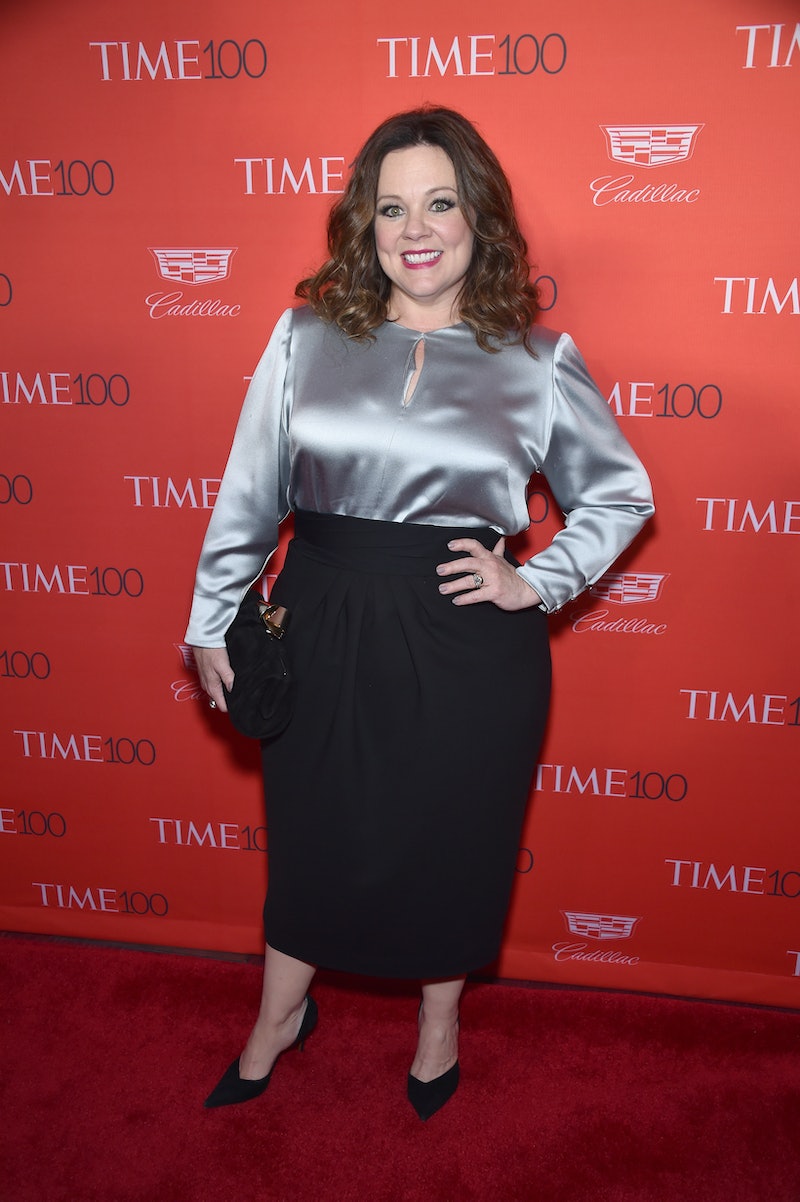 Further proof that Melissa McCarthy leads the sort of life that the rest of us can only pine for: while, for mere mortals, Tuesday night probably means some variation on pizza/Netflix/laundry, McCarthy spent her Tuesday, April 26 at the TIME 100 Gala in New York. PEOPLE magazine caught up with her and in their Melissa McCarthy interview about Gilmore Girls asked her how she felt about returning to the show. During that interview came the revelation that McCarthy has visited the Gilmore Girls set.

“For the longest time it was just not going to work out schedule-wise. And once we decided is there any possible way, something fell out for me, something changed for them, and then we immediately nabbed it,” McCarthy said. “I went back and visited about two weeks ago and saw the sets again and everybody on them.” Working on the show again clearly means a lot to McCarthy, who released the feels: “Oh my God, it was so sad. I got so sentimental and it felt like the greatest idea in the world. It was lovely.”

While I'm obviously getting a pure endorphin hit from the mere image of McCarthy reunited with her screen partner Lauren Graham, I think this quote's even more feel-good than its lovely mushiness implies. You guys: McCarthy was on the set two weeks ago. She's totally started filming her scenes. How do I deduce this?

Exhibit A: She's Got A Schedule That Would Drive A Mere Non-Celeb Insane

Who's busier than Melissa McCarthy? Best guess: no one. We know this because she herself more or less admitted it in March, when she told E! she probably wouldn't be returning to Stars Hollow because the show's producers "thought I was busy, and then by the time it did come up, then I actually was."

Understatement o'clock: this year she's been promoting her movie The Boss, will have to promote Ghostbusters, will presumably be juggling her acting commitments with her production work running the company she co-owns with her husband, One Day Productions, and has also starred in the 2016 episodes of her TV show Mike and Molly. There's no way someone as in demand as McCarthy is running down to the set just to exchange high fives and memories. Our girl likes working and working hard.

This sign was posted on Twitter all the way back in December 2015. That's four months ago. So unless they're just saving parking spaces for the cast to all come hang out and eat cookies together and do communal scrapbooking, they're totally shooting and have been for a good few months. I'll eat my adorable Sookie-style-bandana if they're not shooting Melissa McCarthy's scenes yet.

According to Digital Spy, they'll be wrapping up filming around June 30. While there's no official debut date for the series yet, I've a hunch Digital Spy have struck gold when they guess fall, because what's more Gilmore-esque than fall? Anyways, if this is the case, then we're just two months off their deadline and Sookie's totally got a jump on things already.

Sookie St James was the cherry on the sweet, sweet TV cake that was Gilmore Girls. If she's shooting now, that means some Stars Hollow magic can't be far off — and what could be nicer than that?