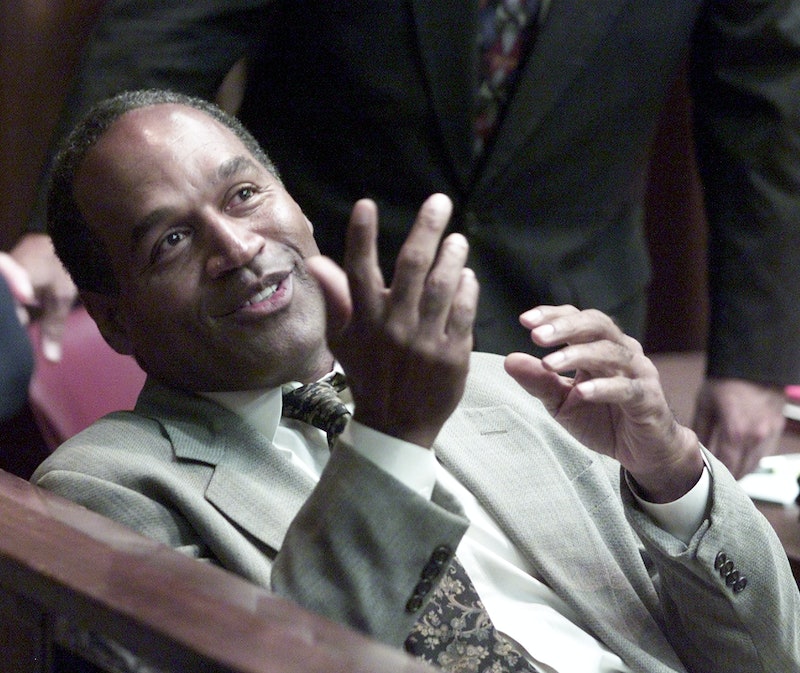 A new ESPN documentary miniseries, OJ: Made in America, has triggered a conversation on the O.J. Simpson trial from an entirely different angle. The series, which follows Simpson from his college football years through to his murder trial and its bizarre aftermath, played the Tribeca Film Festival Sunday. After the screening, director Ezra Edelman was met with some challenging questions concerning a disease called chronic traumatic encephalopathy (CTE), which is caused by repeated head injuries. Notably, one audience member asked whether Edelman believes that CTE influenced Simpson's behavior.

The director expressed strong skepticism, but ultimately sparked a much-needed discussion about the negative effects of contact sports such as football. Edelman claimed that, although doctors have tried to convince him otherwise, he does not believe that repeated head trauma was a factor in O.J. allegedly killing his ex-wife Nicole Brown Simpson and her friend Ron Goldman (a crime of which O.J. was notably acquitted). The director expressed a strong will to stick to the proven facts while telling Simpson's story. He dismissed the theory as a "cop out":

The question stemmed from a theory created by Bennet Omalu, the forensic pathologist who first discovered CTE and inspired the 2015 drama Concussion. In an interview with People magazine in January, the doctor said he was willing to bet his medical license on his hunch that Simpson had the disease.

However, as Edelman pointed out, there is no way to prove this. At a present, CTE can only be determined by examining brain tissue that's been extracted after death. According to the Mayo Clinic, symptoms of CTE include cognitive impairment, emotional instability, substance abuse, and potentially aggression, among many others. As a degenerative disease, it grows worse over time.

Simpson had been vulnerable to head injuries in the football fields for decades before Brown Simpson's murder. During the 1960s, he joined the USC Trojans, and eventually went on to win the Heisman Trophy in 1968. From there, he joined the Buffalo Bills and became a national celebrity, going on to commentate and even act. Recent research, in fact, shows that 87 out of 91 former players tested positive for the disease. Though it's anyone's guess whether Simpson is another such case, the staggering prevalence indicates that the NFL needs to make some changes.