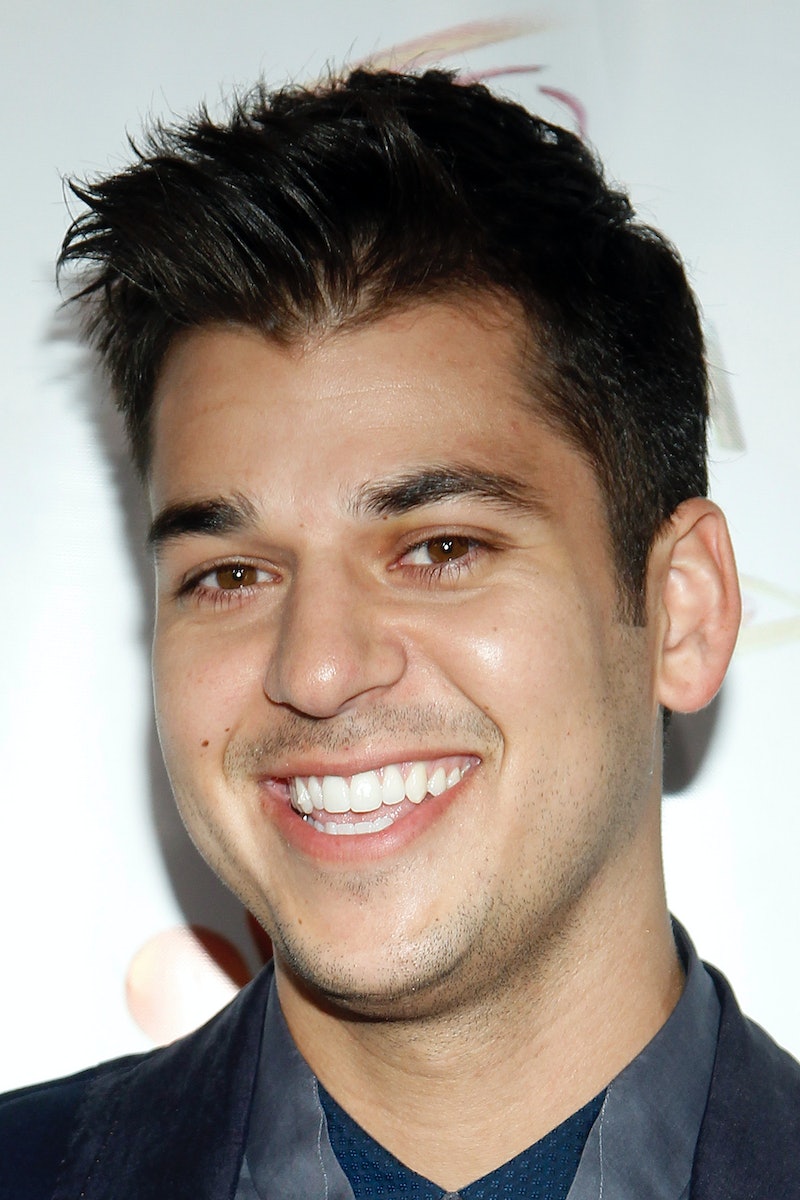 Receiving unlimited attention may be very much intentional for the rest of the Kardashian/Jenner clan, but unlike his famous sisters, Rob Kardashian has seemingly preferred to stay out of the public eye. Unfortunately for Rob, his new relationship with Blac Chyna is thrusting him back into the limelight he's so carefully avoided. It's not simply that he is dating someone famous that is making the world raise their eyebrows: Chyna happens to be the mother of Kylie Jenner's boyfriend Tyga's son, so cue the overlapping family trees. Now that Chyna and Rob are reportedly engaged after mere months of dating, the couple's whirlwind relationship seems all the more bizarre. What one might not know is just how long Rob and Blac Chyna have known each other — as odd as the couple seems on paper, this union might not be totally random.

People just jumping into the situation may only remember Chyna as Tyga's ex and mother of his son King. However, Chyna's Kardashian connection began long before Kylie Jenner started dating Tyga. Chyna was actually a close personal friend of Kim Kardashian prior to the Kylie/Tyga situation, and even attended her 2014 wedding to Kanye West with Tyga as her date. However, shortly after the wedding, Kylie and Tyga were spotted spending time together, and Chyna and Tyga called off their then-engagement and relationship.

However, it's unclear how much contact Rob and Chyna had after Tyga and Kylie went public with their relationship. Rob's kept very much to himself in recent years, preferring to stay out of the spotlight even as his younger sisters Kylie and Kendall were stepping into it. His romance with Chyna certainly seems sudden, but as far as we know, the two have kept up a friendship behind the scenes while the world wasn't watching. Though they reportedly only began officially dating in January, the two have known each other for many years in some capacity — perhaps their romance happened by adding a spark of chemistry to their already-existing friendship.

Fortunately for Rob, whatever feud existed between Chyna and his family has seemed to have simmered down. Kylie and Chyna recently posted Snapchats featuring the other, with Kylie posting the caption, "When we've been best friends the entire time." Rob even shared the Snapchat on his own account.

It seems that the ladies in Rob's life are finally getting along, or at least trying to — so what feud are the tabloids going to talk about next?