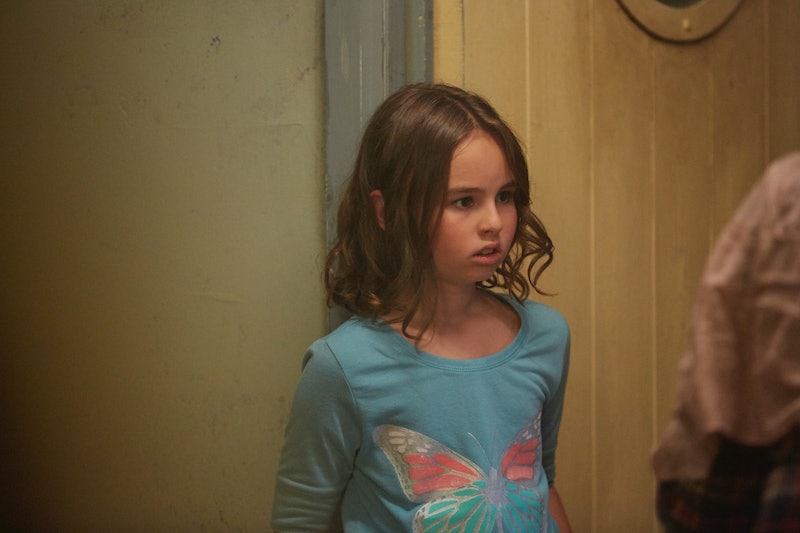 Kira Manning has always been special. She's the only offspring produced by a Project Leda clone, most of whom are infertile, which makes her a juicy target for the Dyad Institute, the Neolutionists, and the rest of the shadowy forces that populate the fringes of BBC America's Orphan Black . But, perhaps nobody knew exactly how special Kira was until the series casually revealed a huge twist in this week's episode, "The Stigmata Of Progress" — Kira can predict the future.

*Record scratch* Say what now? For three years, Orphan Black has pushed the boundaries of "believable" contemporary science-fiction with clones, body modifications, and self-directed evolution. But, this latest revelation pushes the show across a boundary into something decidedly more fantastical, a surprising choice for a series in its fourth season. But the fact that Kira can see events that have not yet come to pass is certainly what was implied by a spine-tingling scene she shared with Cosima this week.

In retrospect, this wasn't even the first hint that something's going on with Kira. Last week, she knew that the Neolutionists were coming for them in their Icelandic hideout before anyone else could even see the headlights of the oncoming cars. But, this week's episode doubled down on Kira's new ability by having the young girl tell Cosima about a "dream" — which she'd had while apparently wide awake — in which all of her "aunties" were gathered together… and then Cosima set Sarah on fire. "You had to," Kira told her. "She was changing."

Where did Kira get this ability? Was she born with it or was it somehow given to her while she was held captive by Dyad? Why was Sarah "changing" in Kira's vision? What does that even mean? Does it have something to do with the maggot-bot in Sarah's cheek? Presumably Cosima is setting Sarah on fire to help her, although that seems like a drastic solution. Most importantly, when will we see this vision play out?

This is the kind of climactic event that a season would build towards in its finale; however, Kira sensed the Neolutionists only moments before they appeared on the horizon, so maybe her "dream" will come true sooner than we think. Orphan Black does like to keep us on our toes, after all.