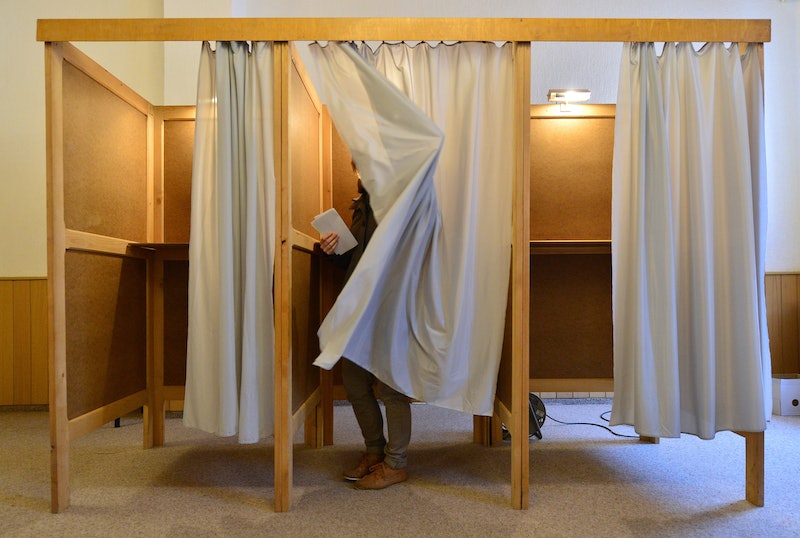 New York's primary enlivened a debate regarding whether party primaries and caucuses should be open or closed. Closed primaries only allow voters who are registered with that party to vote. In New York, that meant about 27 percent of registered voters couldn't participate in the primaries, as they hadn't changed their affiliations by the state's October deadline. People who are registered as independent or with a third party can only participate in open primaries. And here's why all primaries should be open.

First, let's look at the makeup of the American electorate. More people identify as independents than either Republicans or Democrats. Here are the numbers from Gallup as of Jan. 11:

The sheer size of the independent population is an argument for their inclusion in the primaries. It's true that independents and third-party voters can change their affiliation before primaries, but many may not be aware of the need to do so and may miss the deadline. (Also, in New York and Arizona, some voters found out at the polls that they were not registered with the party they thought they were — possibly a simple mistake, but one that could have kept their ballots from being counted. That wouldn't have happened in an open primary.)

So there are lots of independents. But why should they get to participate in the parties' nomination process? One of the main arguments for closed primaries is that political parties should have the right to keep things internal, only allowing members to participate.

That'd be fine if it weren't the case that only a major party's candidate has a realistic shot at winning the general election in November. The United States has a two-party system — not by law, but because of its winner-take-all electoral vote distribution. Forty-eight states allocate all their electoral votes to the candidate who gets the most votes within them. This tends to produce two major parties with platforms that roughly align with the views of large portions of the population.

Third parties are discouraged in such a system, since their bids could have the dreaded "spoiler effect." Consider what would happen if Sen. Bernie Sanders ran in November as an independent (which he has vowed not to do precisely because of this). He would likely grab votes from a lot of people who would otherwise vote for Hillary Clinton. Then, the election would be more likely to go to a Republican candidate.

And it's not just the winner-take-all system and the spoiler effect that hold third-party candidates and independents down in U.S. politics. PBS enumerated a number of other obstacles for such candidacies, including campaign finance rules that only grant government funding to campaigns if their party won a certain percentage of the vote in the previous election and a dearth of media coverage for non-major candidates. CBS News reported that the Commission on Presidential Debates only allows candidates on the debate stage if they're polling at 15 percent; this punishes candidates who generally lack exposure with further lack of exposure, and the vicious cycle continues on.

What this all means concerning the open primary question is that independent voters are presented with only two viable options in November, but in the case of closed primary states they're barred from having a say in who those candidates are. The two-party system is bad enough for the 42 percent who don't identify with either of those parties. There shouldn't be obstacles in place for participating in primary elections when a candidate presents him- or herself as someone whom independents could actually get behind.