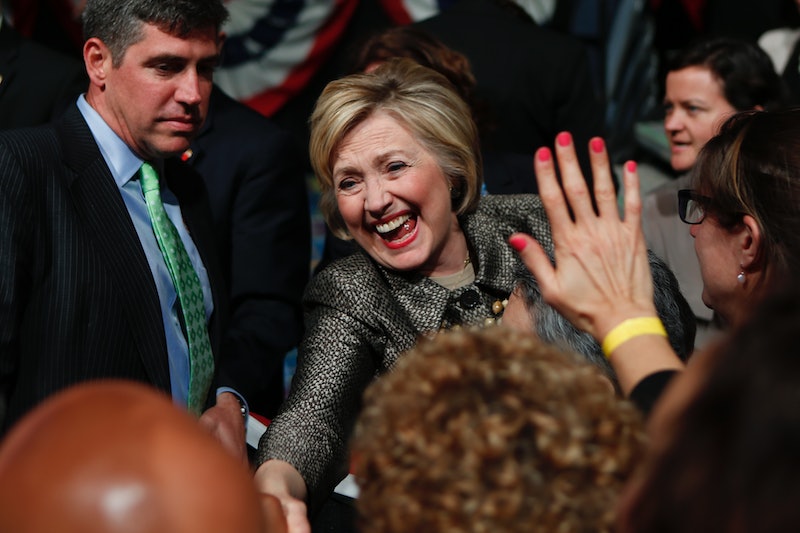 After Donald Trump swept the Acela primary on Tuesday night and declared himself the “presumptive nominee,” he apparently decided to begin shifting focus to the general election. The Republican candidates have long since assumed that one of them would be facing off against Hillary Clinton come November, and Trump took the opportunity on the podium Tuesday to place an attack. Unfortunately for him, it didn’t go over well. “The only thing she’s got going is the woman’s card. And the beautiful thing is, women don’t like her,” Trump said on stage at his victory rally Tuesday night. Of course, the internet blew up as people of all genders ripped Trump to shred for his horrifically ignorant understanding of sexism. Luckily, the world got some hilarious "woman card" jokes and memes out of the whole ordeal.

It seems shocking that the world can still be surprised by anything Trump says, but this comment was just so blatantly ignorant that it couldn't help but go viral. The thing that Trump doesn’t realize is that you can't play the woman card; it's played for you.

Being a woman in America (even a straight, white, cisgender woman) comes with a set of unshakable stereotypes and prejudices forced on you that drastically limit your social acceptability in certain positions or situations — such as, I don’t know, running for president of the United States. Of course, that has yet to stop Clinton. If anything, Trump's latest gaffe is only boosting her profile and her cause with the women that Trump said don’t like her. If these jokes and memes are any indication, plenty of women are on Clinton’s side.

It's actually pretty inspiring to see all these people tackling Trump's sexism, and hopefully, that challenge to his harmful and ignorant statement will carry all the way through his candidacy.

More like this
Michigan’s Governor Is “Going To Fight Like Hell” To Protect Abortion Access
By Andrea Zelinski
How To Fight For Reproductive Rights, Based On How Much Time You Have
By Courtney Young
Twitter Is In Utter Meltdown After 'Derry Girls’ “Poignant” Finale
By Sam Ramsden
Twitter Can’t Get Enough Of The WAGatha Christie Trial
By Nola Ojomu
Get Even More From Bustle — Sign Up For The Newsletter