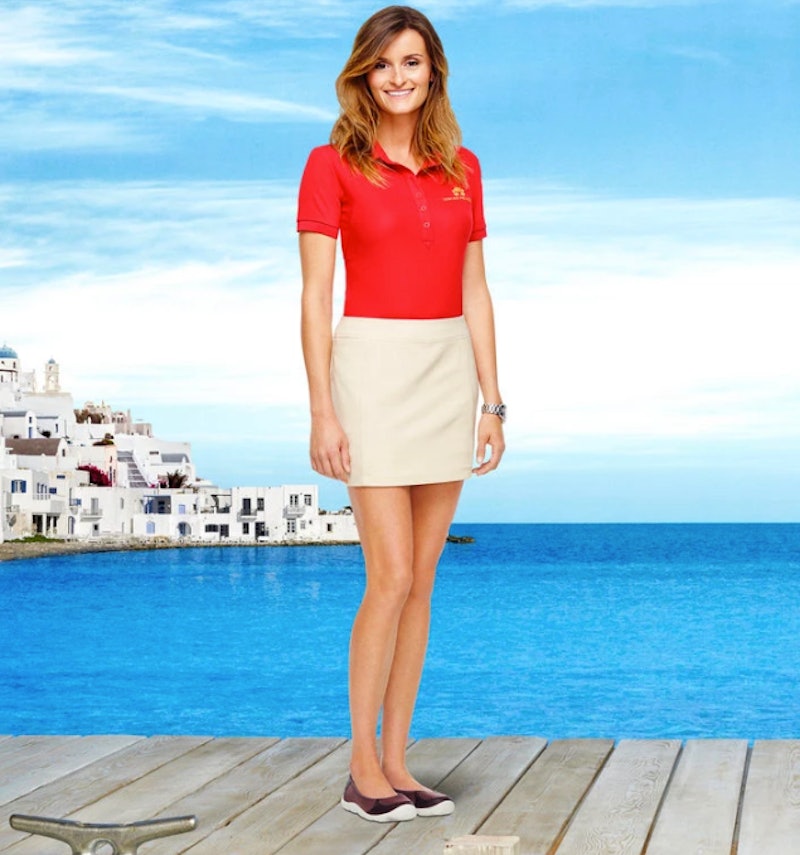 Bravo is setting sail on a new incarnation of Below Deck with the premiere of its latest series, Below Deck Mediterranean, on Tuesday, May 3. The reality show will follow the personal and work lives of crewmembers living and working aboard a yacht off the coast of Greece — beats working in a cubicle, right? Before you tune in, you should get to know the new stars of Below Deck Mediterranean, including Tiffany Copeland, since you'll be watching them on Bravo every Tuesday night this summer.

Tiffany currently serves as a stewardess on the Ionian Princess but has greater career ambitions for her life at sea. Her Bravo bio states, “Tiffany is laser focused on learning all of the inner workings of yachting. She has a natural curiosity and finds herself regularly rolling up her sleeves to help the team resolve issues that arise on board. From learning how a boat operates to understanding the responsibilities of each crew member, she aspires to know it all in an effort to prepare for the next step in her career.”

We are certainly going to get to know Tiffany better once Below Deck Mediterranean premieres, but so far, we really only know about her professional life. So to find out more about your future favorite Bravo star, I took to her Instagram account and Bravo bio to see what else there is to know about Tiffany.

She Originally Wanted To Be A Marine Biologist

According to her Bravo bio, Tiffany began her career as a marine biologist before discovering her love of yachting.

She Wants To Be Captain One Day

Bravo also revealed that Tiffany has ambitions of one day becoming captain.

At least, she was single in February, and seems to like to joke about it.

Her Job Brings Her To Exciting Places

Tiffany's Instagram is full of enviable destinations, some of which we'll hopefully get to see throughout Below Deck Mediterranean.

She Held Hands With A Manatee

OK, this fact isn’t particularly telling, but this photo is too cute to ignore.

Between her ambition to become captain and appreciation for the perks of her job, I think Tiffany will quickly stand out on Below Deck Mediterranean.