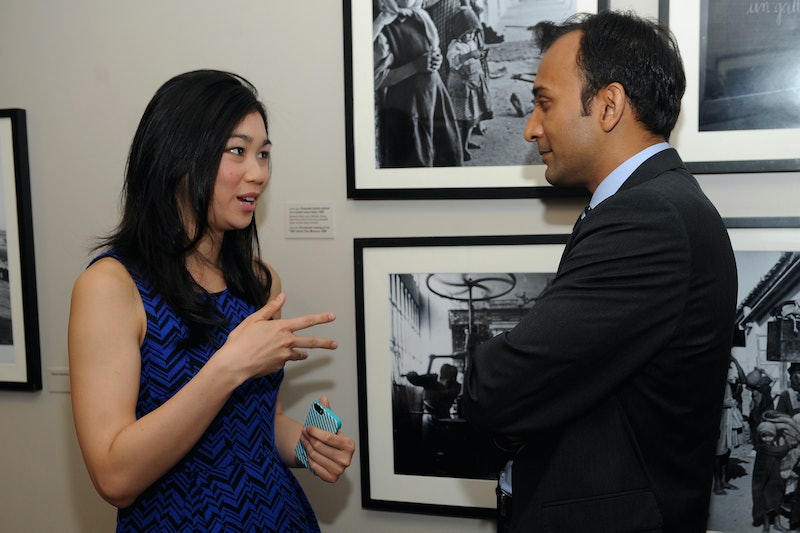 Networking is awful; there's really no way you will ever convince me otherwise. However, science says there is a way to make networking less awful, and guess what? There are even plenty of tips to help you out. So maybe someday you will be able to walk away from a "networking opportunity" without feeling the need to shower after all.

In a new study, researchers examined 165 lawyers at a large North American law firm to gauge their attitudes towards networking, and managed to put into words that icky feeling you get after a networking event. "Unlike personal networking in pursuit of emotional support or friendship, and unlike social ties that emerge spontaneously," they write, "instrumental networking in pursuit of professional goals can impinge on an individual’s moral purity — a psychological state that results from viewing the self as clean from a moral standpoint — and thus make an individual feel dirty."

So what do we do about it?

In a post for Harvard Business Review , these same researchers lay out their research on the topic and explain that there are in fact a few science-approved tricks of the trade that you can use to make yourself feel better about trying to be make people like you for the purpose of professional gain. So here are four tricks to try out:

People who see networking in terms of the possible growth and advancement it can bring enjoy networking a lot more than people who see it as an obligation, researchers explain. But if you're in the second camp, you can shift your thinking by framing it as a learning opportunity — or just focusing on the positives in general. And besides, keeping yourself in a learning environment can also help reduce cognitive decline as you get older, according to a different study, so this mindset will help you out in more ways than.

Instead of trying to just get people to like you even if you don't think you're compatible at all, science suggests you actively try to find some common ground. It will not only make you feel better about yourself, it'll make for more effective networking, too. "When your networking is driven by substantive, shared interests you’ve identified through serious research, it will feel more authentic and meaningful and is more likely to lead to relationships that have those qualities too," the researchers explained.

Studies have also shown, by the way, that having work friends increases your productivity — so by building meaningful relationships while you're networking, you might be a better employee overall if you end up working with those people later.

3. Think About What You Bring To The Table

Networking is something we do for our own benefit, but that doesn't mean we don't have any power, even though it can feel that way while you're desperately trying to hold someone's interest. But feeling like you don't have any power is one of the things that makes people feel even dirtier while networking, which makes sense. If you feel like nothing but a mooch or a hanger-on, you're probably not feeling good about yourself. But that changes if you feel like you bring something to the table, too.

"People in whom we induced feelings of power found networking less repulsive and were more willing to do it than people assigned to a condition that made them feel powerless," the researchers write. A lot of studies have shown that "faking it til you make it" actually does work; this current study is more evidence of the fact.

So hopefully all this will make networking feel less like this...

I mean, I'll believe it when I see it, but a girl can dream.