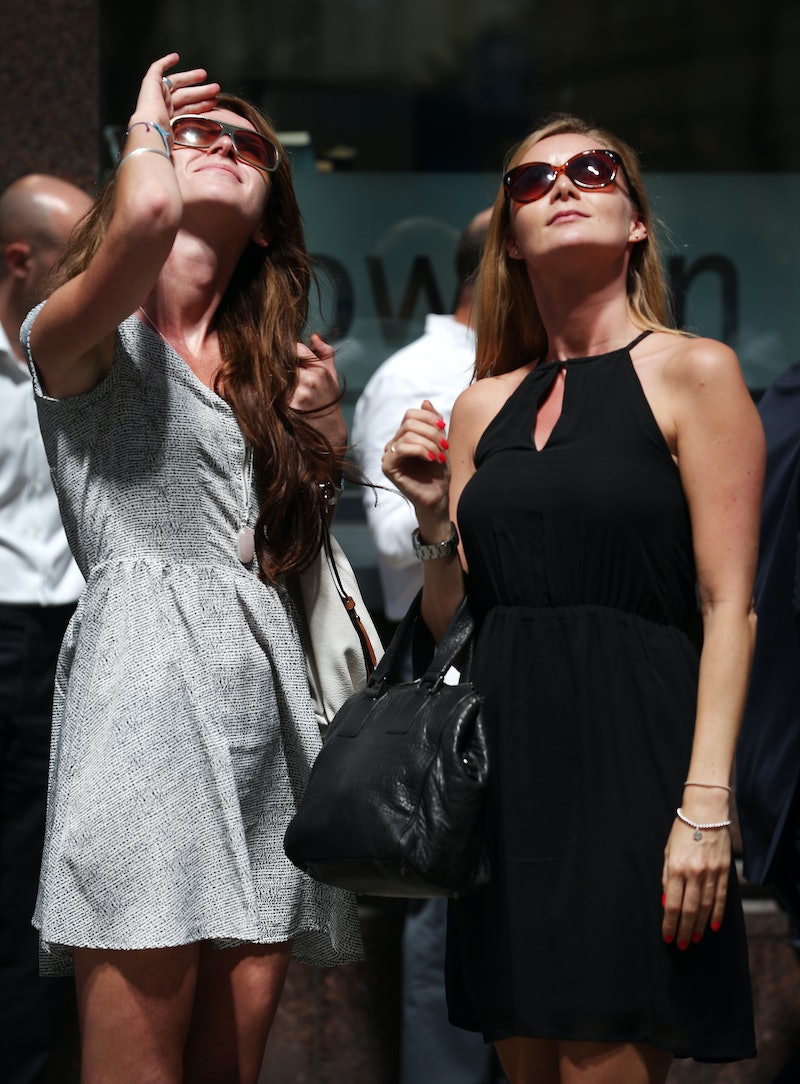 You've probably heard the phrase "fake it 'til you make it." The idea is that imitating confidence — be it at work, in romance, or whatever — can A) trick people into thinking you're competent and confident and B) eventually lead to actual competence and confidence. But does it really work? Experts say yes! In an article at Fast Company, Drake Baer, co-author of organizational psychology book Everything Connects , looks at how appearances can be convincing when it comes to confidence.

"In a perfect — or at least more rational world — the most qualified people would rise fastest," Baer writes. "But new research suggests that just appearing to be competent is as important to getting ahead" at work. According to business professors Gavin Kilduff (New York University) and Adam Galinksy (Columbia Business School), the way individuals feel or act upon entering a group setting will shape their long-term status in it. Those who start off confident will be more assertive, and thus appear more able — which in turn will lead to higher regard among group members going forward, the business profs says.

"New research suggests that just appearing to be competent is as important to getting ahead."

To test this hypothesis, they asked groups of study participants to brainstorm about a hypothetical startup company. Some of the participants had been primed with a "promotion-focused" exercise (writing about aspirations and ambitions), some with a "prevention-focused" exercise (writing about duties and obligations), and some with a neutral exercise (writing about their daily commute). After the startup brainstorming, participants rated other group members on influence, initiative, and how much respect and admiration each warranted. Those who'd been primed to focus on ambition wound up more assertive and more highly-regarded than other group members. And in a follow-up two days later, they continued to dominate in the group. "That early assertiveness becomes self-reinforcing," the Association for Psychological Science noted.

What's interesting is that the study's alpha individuals weren't categorically more confident or competent than other participants. But thinking about confidence-boosting topics before the group sessions led them to act in a more confident manner. Essentially they faked it, albeit without necessarily realizing it or meaning to. The takeaway seems to be that what you think about before going into a stressful or demanding situation can make a difference in how you act, even though you may not consciously notice it. Remember that the next time you've got a job interview or big meeting coming up — the power of positive thinking is that it translates into positive behavior and action.