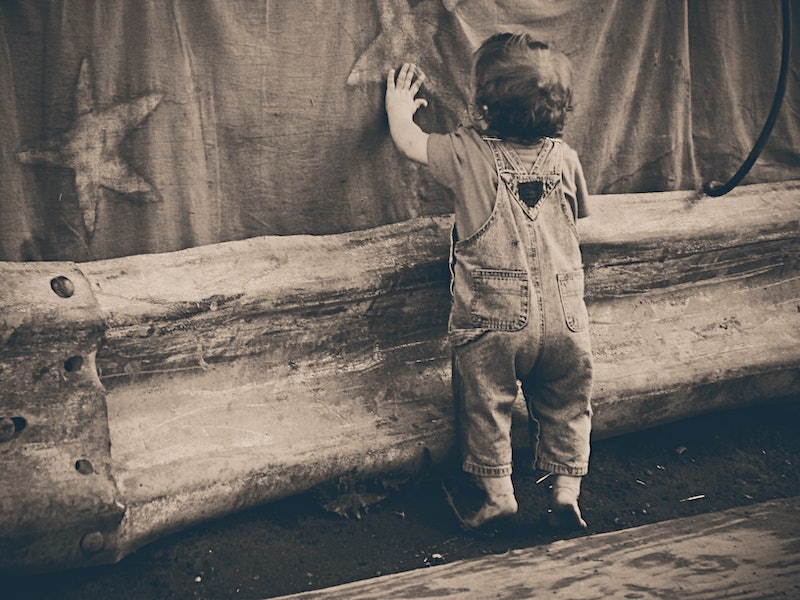 Sometimes, it seems like unconventional baby names are, well, conventional. Names like Jennifer and Brad are out, and names like Katniss and Valencia (yes, like the Instagram filter) are in. But you know what area has been tragically passed over? Unique baby names from history. I'm not talking about the boring, overdone variety — Alexander the Great and Cleopatra were interesting and totally deserving of some baby name love, but they've had thousands of years in the spotlight. If modern parenting is all about giving your child the weirdest, most unique name possible, and all signs indicate this is the case, it's about time we started throwing way back for baby names.

Of course, anyone with a unique name themselves knows that it's something of a mixed blessing. Research has shown that names have pretty significant effects on our lives, especially in the way we're viewed by other people, although it should be noted that contemporary researchers believe that it may not be the name that affects us so much as the parents who chose it. Names are heavily tied to factors like social classes and culture, which are hugely important in a child's upbringing; someone named Brittany, for example, may have a more traditional upbringing than someone whose parents named her E. On a more anecdotal level, unique names can be irritating for totally petty reasons, like having to explain the pronunciation all day, every day for your entire life. (Ugh.)

That being said, some names are just too cool to pass up. Without further ado, let's take a look at 11 historical baby names below.

You may not love Attila the Hun, but you can't deny the man was good at what he did (fratricide and conquering people, among other things). Despite his fondness for breaking peace treaties and enjoying the terror he inspired in people, Attila was actually known as a fair ruler to his own people. Why wouldn't you want to name your child after one of the fiercest, wiliest leaders of all time?

Meaning "image" or "idol," Eluned was the name of two historical figures: Saint Eluned, a fifth century Welsh saint, and a character in a Welsh Arthurian legend. To be fair, the latter isn't exactly historical, but the name is beautiful enough that we can overlook the fictional aspect.

Hero is actually a traditionally feminine name that can be traced all the way back to ancient Greece. In the myth of Hero and Leaner, the titular heroine breaks her vows as a priestess of Aphrodite to be with her lover; when he tragically drowns, she follows him into death. The tale is very Romeo and Juliet, but it's less well-known.

These days, Ulysses is most well-known for being the name of the titular character in James Joyce's novel Ulysses and the Latin variation of the Greek name Odysseus. However, it also has ties to historical figures like former POTUS Ulysses Grant. Although its popularity comes and goes, its use has been steadily declining since the 1880s.

In the 1600s, the settlers of the Plymoth colony in Massachusetts had a habit of naming their children after virtues they wanted them to embody. In addition to Love, names like Resolved, Charity, and Patience were relatively popular (and also awesome).

Although it's has gained popularity in recent years, Cassius is still a relatively unique name. That being said, it's been borne by seriously significant historical figures, including prominent abolitionist Cassius Clay and several early saints. Coolest of all, it was also the boxer Muhammed Ali's original first name.

Hailey is traditionally a feminine name, but the Haile I'm referring to is Haile Selassie, an Ethiopian regent-turned-emperor who became a symbol of African independence. One of his other titles was "Conquering Lion of the Tribe of Judah," which we can all agree is the most amazing title to ever happen.

In addition to being the food traditionally consumed by Greek gods, Ambrosia is a feminine variation of the name Ambrose, which means "immortal."

You probably already know that Nefertiti was an Egyptian queen whose beauty was only outranked by her power; accordingly, her name means "the beautiful one has come." It's not all that popular in the United States — which obviously needs to change. (Although just be careful about cultural appropriation — that's always a no-no.)

Another Anglo Saxon name, Wystan is derived from the Old English words for "battle" and "stone." It's best known for being the first name of the brilliant poet W. H. Auden, although hopefully your child will like it more than he did.

A Welsh diminutive of Edward, Iolo means "wealthy guardian." The best part? It's pronounced like "YOLO." Your child might hate you, but it would be so worth it.