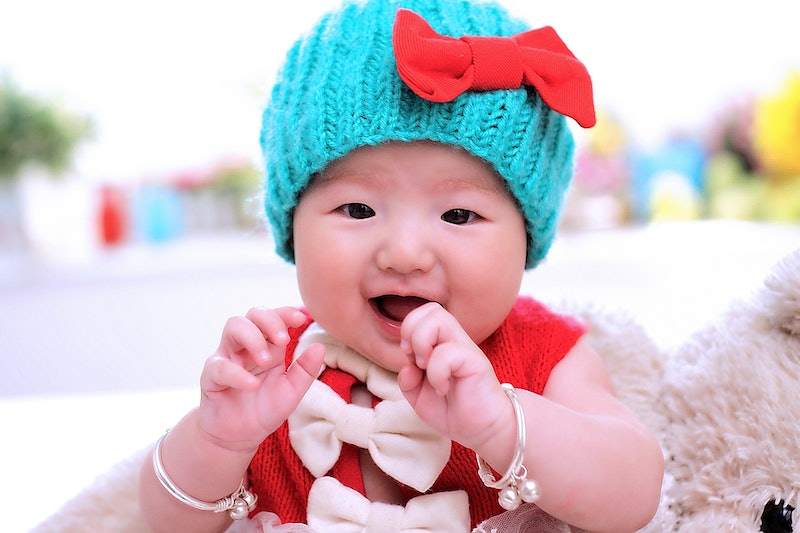 It's only the beginning of February, but the baby name trends have already begun changing this year. To document such changes, Nameberry determined some rather unique baby names that are hugely popular in 2016 alone. To do this, they narrowed down the list to the names that have gotten the most unique views on their site (totaling more than six million visits!) in the last 30 days. Next, they zeroed in on the names that have experienced a 50 percent increase or more, also over the last 30 days. The result? The most current and up-to-date data on the names that new parents are loving right now .

Gender-neutral names have made particularly notable appearances, with monikers like Riley, Avery, and Rowan becoming new favorites. But I couldn't help but notice that the popular online name database also showed several rather unique names, many of which I couldn't even pronounce. It doesn't look like parents are really naming their kids John and Mary anymore. They're looking for something distinct. In fact, I wouldn't be surprised if parents start naming their kids Unique.

I think it's somewhat intriguing that right after so many babies were named after Instagram filters, we're seeing many older names pop up again. But what do I know? Here are 10 of the most unique names on the list.

Astrid means "divinely beautiful" and is of Norse origin. (In fact, in Scandinavia, the name is royal.) And who could forget one of our favorite Astrids of all, from White Oleander?

Thea is a strong Greek name, meaning "goddess" or "godly." Fun fact: Thea was the titan of sight and light.

A Dutch and French version of the more common "Anna," Anouk means "grace" and was made popular by French actress Anouk Aimée.

A wren is a breed of bird with English origins. This isn't just any old bird, though — in Ireland, it was considered the "magician of birds," and the Druids regarded it as prophetic.

Pronounced ZAN-thee, this Greek name means "golden" or "yellow." It originally arose as a word to describe blondes.

Rhys is of Welsh origins and means "ardor," which means enthusiasm or passion.

Hawaii is the originator of this name, which means "sea." It's also Japanese for "forgiveness," Navajo for "willow tree," and Maori for "food." Not bad for a single syllable.

This strong, powerful name means "warrior, honorable" and is of Indo-Iranian origins. And it's pronounced AIR-ee-un, for anyone pronouncing it ARR-yon, like me.

I was definitely pronouncing this one wrong. It's actually AY-mon, not EE-mon. It's the Irish version of Edmund and means "wealthy protector." Alright, where can we meet single men named Eamon?

Alistair is a rather sophisticated name with roots in the English "Alasdair" and the Scottish "Alexander." It means "defending men."