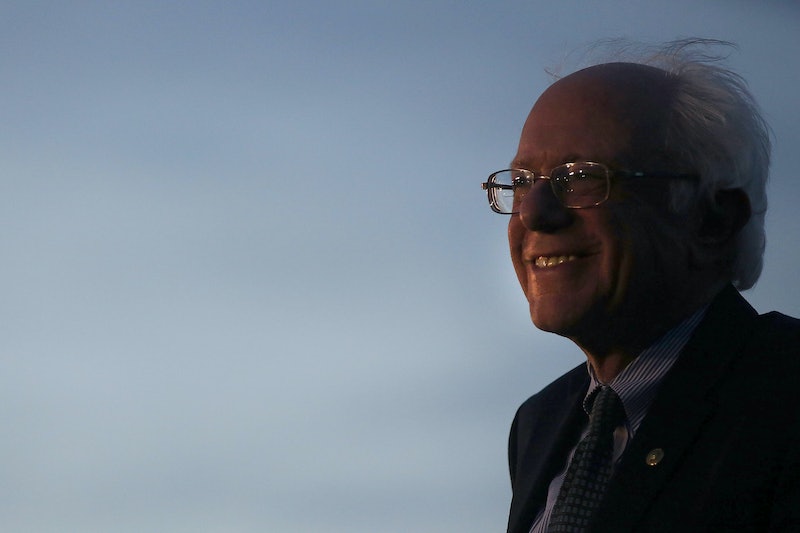 Make no mistake about it: Sen. Bernie Sanders still aims to win the race for the Democratic presidential nomination. He's not giving up, and neither are his supporters. But even those who believe in him most must confront the possibility that he may not ultimately be on the ballot in November. This presses the question: What's next for Sanders if he doesn't win? Perhaps an even more important question: What happens to the revolution he's been pushing for? What happens to the huge wave of support and energy and passion he has spurred for progressive causes?

We can expect the answer to all three of these questions to be related. Sanders has said since the beginning of his presidential bid that it's not about him; it's about "the political revolution" — getting millions of people involved in politics to demand progressive policy, like single-payer healthcare, free public college, ending corporate tax breaks and loopholes, and campaign finance reform. It would, then, be surprising if he didn't continue to push not only for the policies that shape his platform, but for the continuation of the support and energy and passion of the people who have gotten behind him. You know, the revolution thing.

Sanders is the incumbent senator for the state of Vermont, and he isn't up for reelection until 2018. Along with using that role to push a progressive agenda, he can call on his supporters to get more progressives into the Senate. That would be a big achievement with huge potential impact. The Senate is the more powerful house of Congress, and its power under Republican control during Barack Obama's presidency has been notable, from blocking legislation to refusing hearings for the president's Supreme Court nomination. Big progressive goals like Sanders' health care, education, and campaign finance proposals would be highly difficult to achieve without a well-stacked Senate.

Sanders has already begun using his clout to promote progressive House of Representative candidates (those matter, too) in 2016, according to POLITICO, by helping raise money for their campaigns. He could continue to do this for Congressional candidates in his role as senator.

But it's not just about money; it's about mobilization. Sanders is fond of saying that Democrats win when voter turnout is high. However, voter turnout for mid-term elections (congressional races that take place between presidential election years) is abysmally low. The Washington Post reported that, in 2014's mid-term elections, young adults were among the least likely to turn out. Young people make up a huge portion of Sanders' voter base; if he continues to reach out to his supporters and encourages them to engage more consistently in elections, this could push their shared progressive goals further.

Sanders' presidential nomination bid is still alive. But not getting the nomination wouldn't be his biggest loss. That would come in the form of his supporters' disengagement from the political process. We can expect the senator to continue pressing for the progressive causes that have his supporters so fired up, and to keep those supporters engaged.