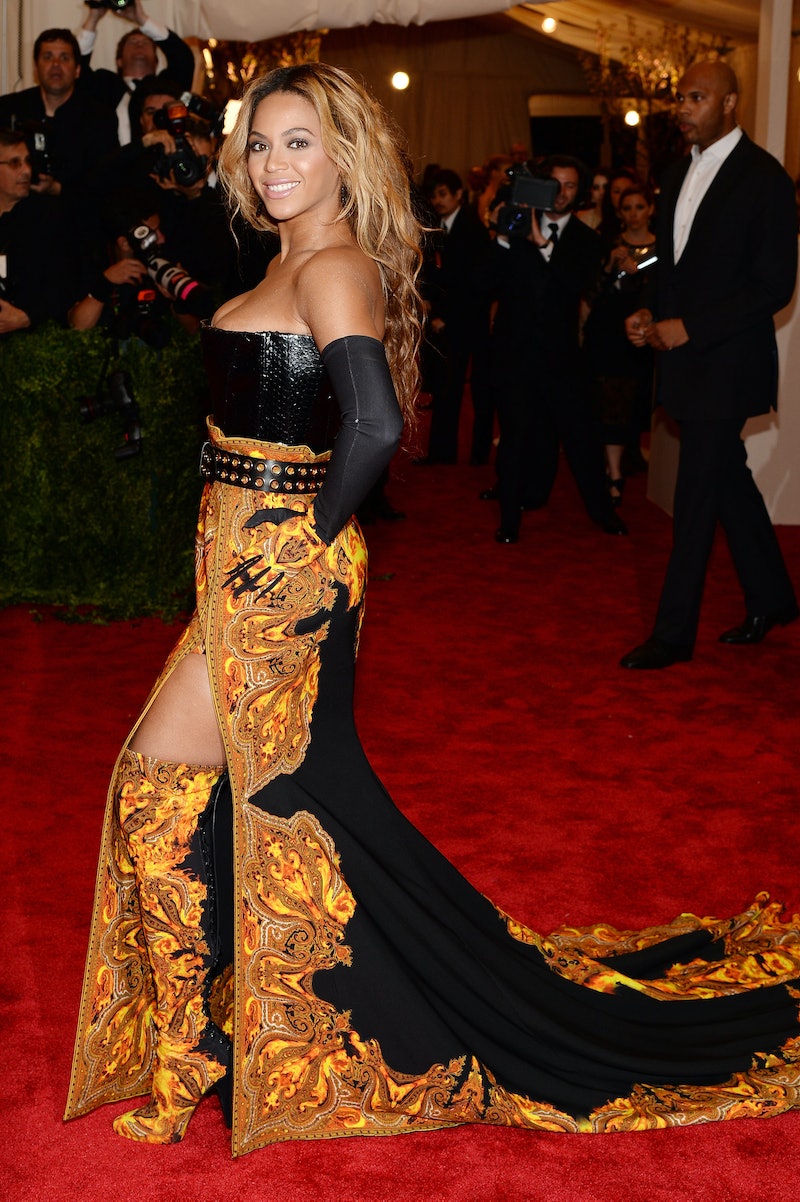 Unless you've been living under a rock or something, you're likely aware that Wednesday marks the first day of queen Beyoncé's Formation World Tour. Considering it's commencing just days after Bey dropped her new album, LEMONADE (alongside a visual album premiere on HBO), excitement is high — and trust me when I say that the show does not disappoint. Kicking off in Miami, the first show of Beyoncé's tour has included a slew of surprise opening acts like DJ Khaled, Future, Lil' Wayne, and 2 Chainz, as well as a medley of songs including newer tracks like "Sorry" and "Hold Up" alongside old favorites like "***Flawless" and even "Baby Boy." (Of course, the show opened with "Formation.")

However, one of the most significant things about the performance has been the fan reaction — from the massive amount of tweets to even the numerous Periscopes that fans in the arena in Miami are posting online, social interaction with this concert is clearly higher than it could have ever been with past Beyoncé shows. It's the biggest reason we were able to get an information tidbit like this: A fan under the handle @Bey_Legion in the arena wasted no time taking to Twitter the second Beyoncé revealed her favorite song off of LEMONADE , and for that, I couldn't be more thankful. Where would we be without social media, really?

I mean, personally, I find it hard to choose which song off LEMONADE is my favorite, but knowing that Beyoncé herself is partial to "All Night" really does sway me — as do its genius lyrics like "They say true love's the greatest weapon/ To win the war caused by pain, pain/ But every diamond has imperfections/ But my love's too pure to watch it chip away." Hello, ***flawless lyrics.

So, who else is hitting the replay button on LEMONADE right about now?