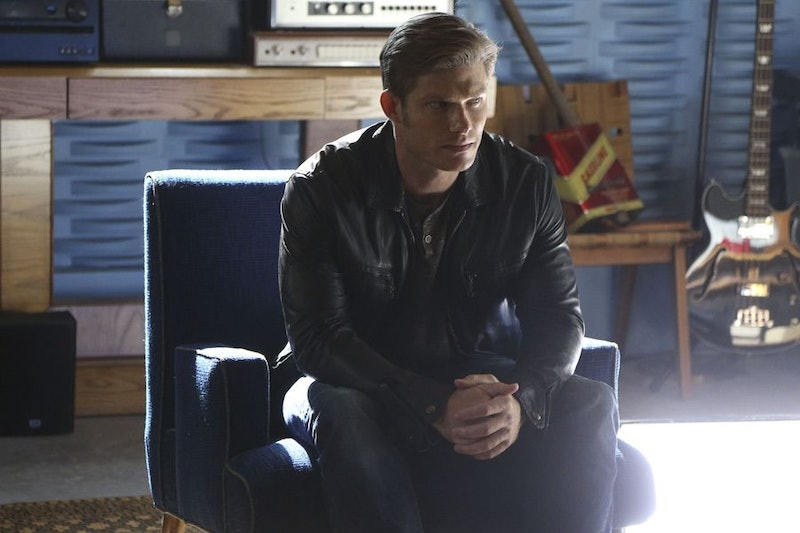 Will Lexington hasn’t had the easiest go of it on Nashville — to put it lightly — but I think that things could be looking up for the very hunky country crooner. First, he married Layla Grant because he was afraid to come out as a gay man in country music, and then he came out for a man that he loved, only for his label and music pals (Luke Wheeler was both) to drop him like a bad habit. Now, however, Luke has turned over a new leaf and is finally supporting Will the way he should've from the beginning. In this week's episode of Nashville, Luke set up a showcase for Will, in an attempt to get his newly reinstated artist the credit and airplay he deserves.

Luke, man about town that he is, set up a special performance for Will to show off his songs to the biggest country music radio planners on Nashville. Unfortunately, these music programmers were afraid that, as Luke said, “a small but very vocal” group of bigoted listeners would band together to protest an openly gay country artist, and didn't want to face such controversy. So what did Luke do? He went bigger, taking Will on Good Morning America to perform his new single and have America meet him again. Luke told viewers that if they love the single, they should ask for it and not let a small, homophobic group dictate what’s on the radio.

I really hope this all works out for Will and Luke — Will is extremely talented and he’s worked so hard to get to this point. But Luke’s business manager, Kenneth, brought up a good point that country radio could revolt against Luke for calling them out on national television. Is that even a good idea for country radio? To alienate followers who want to hear both Luke Wheeler and Will Lexington songs? It’s certainly not wise, but we’ll see what happens to both of their careers in the coming weeks on Nashville.