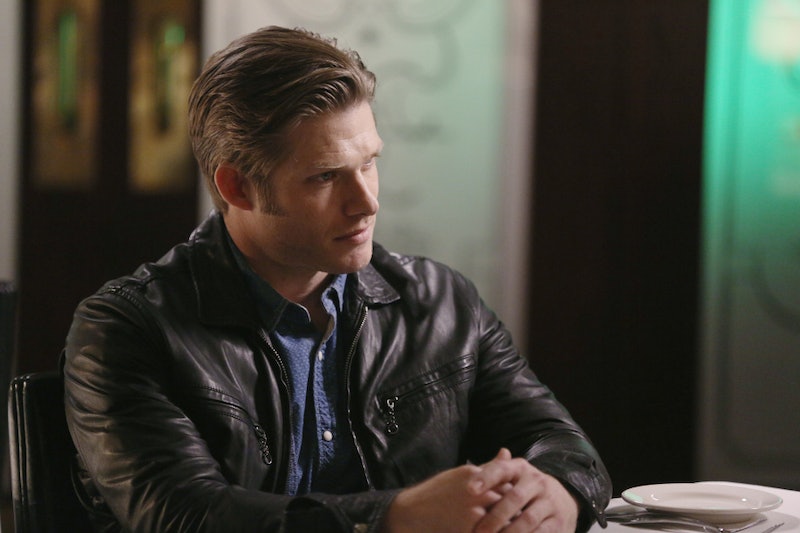 Isn’t it the worst when celebrities are forced out of the closet by rabid paparazzi or evil media moguls? That’s pretty much what happened on Wednesday night's Nashville to our very own Will Lexington. Last week, Luke found long-range paparazzi photos of Will and songwriter Kevin canoodling at a cabin in the woods. Now confronted with the pictures, Will claims that they were simply there to write more songs together, so Luke decides to hold a press conference so Will can deny the rumors, and postpones Will opening on his tour. Both of these are crappy things for Luke Wheeler to do. Your label's golden child is gay and though you claim not to have any issue with it personally, you take him off your tour because you’re afraid of your fan base? Ugh, come on, Luke.

It’s also worth mentioning that Will’s dad, Bill, is still in town, and he is definitely homophobic. He even goes so far as to leave their lunch when he sees two guys holding hands at a restaurant, and he also asks Will to meet any of his lady friends. Bill asks Will if “he’s changed,” proving that Will’s homosexuality was clearly a problem for his father in the past.

Though Will convinced Kevin to say that Will was not gay, the country singer backtracked on it at his press conference and came out, guns blazing. And you know what? It was fantastic. Afterward, Will told Kevin he loved him. You guys! It was so sweet. Will said he “felt like himself” around Kevin, and really, what else can you ask for?

While it was a relief to see Will follow up this huge step with something extremely positive, we still don't know how some of the other characters on Nashville will react. One person in particular whose response I'd like to see is Will's former wife, Lyla Grant. Will she reveal that she knew Will was gay for part of their marriage, or feign ignorance?

Regardless, I’m super excited for Will’s new chapter on Nashville. I think it’s going to be wonderful to explore Will’s career going forward and actually see him as a self-actualized, happy person. Will deserves happiness, and we may have to wait until next season to see, but I really hope he gets it.