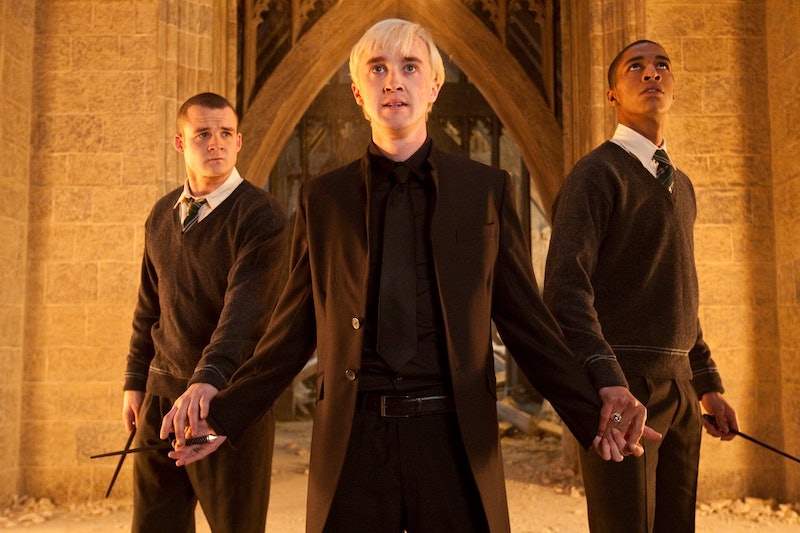 Oh hey there, Slytherin. I know what's important to you — and it's not your loyalty to He Who Shall Not Be Named. Those who belong to the House of Slytherin value cunning, ambition, cleverness, and, of course, self-preservation. It's no surprise then that you're drawn to characters who don't see the world in black and white. You like characters who see the world in shades of grey. Characters who know that there isn't just one way to be good... or bad.

That's why I think every Slytherin should read Marie Lu's The Young Elites trilogy. In The Young Elites series, readers are introduced to Adelina Amouteru, the survivor of a blood fever that plagued her nation during her childhood. As a result of the fever, she's left with permanent scars and supernatural abilities. She's not the only one with these powers; in fact, there's a whole gang of superhuman teenagers called The Young Elites... and they're being hunted and killed by the Inquisition Axis. When Adelina joins the Dagger Society, a sect of The Young Elites, she must find her inner rage in order to channel her powers. The only problem? She just might lose herself to the darkness if she's not careful.

In the second novel, The Rose Society , Adelina latches on to her darkness and builds her own army of allies to defeat the Inquisition Axis. In the final novel, The Midnight Star , out October 11, readers will finally learn the fate of this ambitious, vengeful young woman.

Adelina values her own powers and the preservation of herself (and her loved ones) above all else. She's not afraid to get her hands a little bloody for the sake of the greater good. Slytherins will recognize a little bit of themselves in Adelina — and that's definitely not a bad thing.