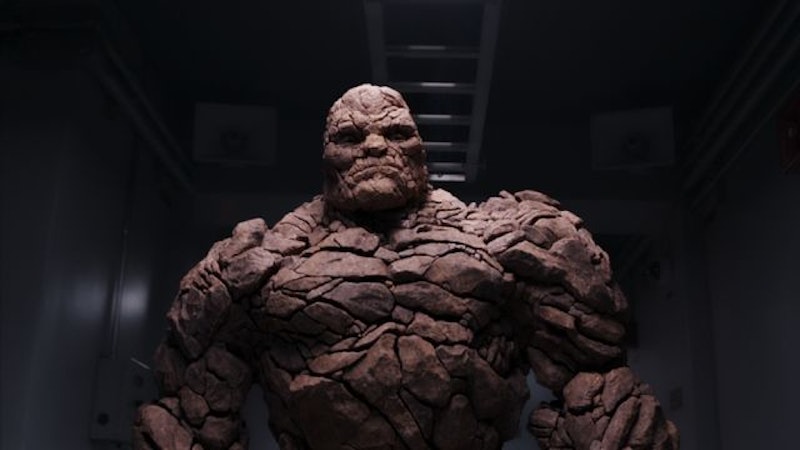 Captain America: Civil War is basically a who's who of Marvel superheroes (minus Thor and the Hulk, of course). Even Spider-Man, a hero who has previously existed just outside the Marvel Cinematic Universe (MCU), pops up for a highly anticipated new debut. Marvel's other hot property, the Fantastic Four, however, are nowhere to be seen. Despite playing a huge role in the Civil War comic books, the Fantastic Four — Mr Fantastic, the Invisible Woman, The Thing and the Human Torch — are not in the film, something trailers and cast lists have already revealed. As for why the Fantastic Four aren't in Civil War, there are a few big reasons.

For one thing, there's a reason people caution against having too many cooks in the kitchen; too many superheroes in a movie could be just as disastrous. But given the sheer number of heroes packed into the film, it seems highly unlikely that the powers that be didn't at least consider bringing in the Fantastic Four, right? Well, it turns out Marvel has to do more than click their heels three times in order to summon superheroes into its multi-million dollar franchise. 20th Century Fox currently has the rights to any Fantastic Four movies, and it's Fox that released 2015's Fantastic Four, not Marvel Studios, which partners with Walt Disney on all MCU films including Civil War.

Yet in the wake of Fantastic Four 's disappointing box office, it's possible that Marvel Studios might acquire the rights to the Fantastic Four, making them eligible to join in the MCU. But, alas, even it Fox and Marvel are close to signing a deal, it's too late to incorporate the Fantastic Four into Civil War. It's a shame that it's not happening, as Marvel's First Family play a key role in the plot of the original Civil War comic. The heartbreaking division of the family — Johnny (Human Torch) and Sue (Invisible Woman) side with Team Cap, while Reed (Mr Fantastic) pledges allegiance to Team Iron Man and Ben escapes the conflict by going abroad — is a particularly moving aspect of the story. In the comics, Reed works with Tony Stark to build a prison in another dimension, the Negative Zone, called "Plan 42," to house superheroes and other enhanced peoples who refused to register under the Superhero Registration Act.

The Fantastic Four aren't the only Marvel superheroes missing in action in Civil War. The X-Men, specifically Wolverine and Storm, were also players in the Civil War comic. Unfortunately, like Fantastic Four, the X-Men movie rights are currently in the hands of 20th Century Fox. There are also a handful of other characters from the comics that won't be getting any action in the Captain America film, including the Punisher, Luke Cage and Jessica Jones, who all appear on Marvel's Netflix television shows, and Ragnarock, who will appear in Thor: Ragnarok.

Hey, at least it's something.