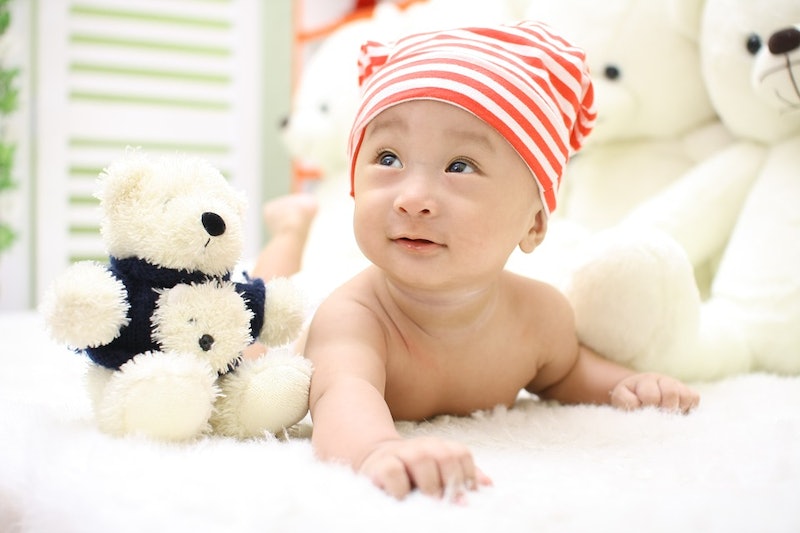 There tends to be a lot said about children with unusual names and the parents who bestow them (there's bound to be a "weirdest celebrity baby name" list within a five click radius of your newsfeed) but this pretty much approaches the most epic next level: a woman named her son after the airline she gave birth on, and the kid is bound for as much glory as he came into this world bearing.

Now, granted, anyone who has been pregnant or knows a pregnant person is well-aware that traveling after a certain point in time is ill-advised by physicians, but hey, some people like to live on the edge... which is ultimately what led one mom to delivering her son on a Jet Star Asian flight from Singapore to Myanmmar. She went into labor during the flight, and whether from sheer luck (or the pressure in the cabin) delivered the baby not long after it landed, still aboard the craft.

She was so impressed with how well the airline treated her that she named her son after it. So, yes, the baby's name is Saw Jet Star, and all we're going to say is that we expect pretty epic things from this child (between rocking it on the playground to the sheer fact that someone is going to probably marry someone with the name Jet Star someday). For clarification: the name "Saw" comes from the Customer Service Manager who assisted them, and Jet Star is the name of the carrier.

The labor progressed safely upon the 3K583, and as soon as the flight landed in Yangon on Friday, April 22, a crew of doctors rushed in to assist the birth. The baby weighed six pounds and seven ounces, and according to a post by the jetliner company, is the first baby to be delivered on a JetStar Asia flight! (I'm hoping also the last?)

The post also noted that the mom and baby are both in great health and are being taken care of at a local hospital. The company will be donating SGD 1,000 worth of baby supplies to the family, and they also noted that they commend their Customer Service Manger Mr. Saw Ler Htu and the crew for their care, patience and incredible assistance when it was most required. (Saw is the baby's first name!)

It's a seriously high pressure situation to be in (literally...) for everyone involved, but hey, it's a story that you'll probably never get tired of telling. And I'm guessing that Saw is going to have to tell it often, when people inquire as to why he's named after what sounds like it could be a Star Wars character or a superhero. Nope, just paying tribute to the fact that he was born in the air! (And everyone else needs to get on his level.)

More like this
5 Ways To Stand In Solidarity With Women In America From The UK
By Sophie McEvoy
How To Fight For Reproductive Rights, Based On How Much Time You Have
By Courtney Young
Olivia Rodrigo’s Song Dedication To 5 SCOTUS Justices Sent A Strong Message
By Grace Wehniainen
How To Come Out Online, According To Trevi Moran
By Melanie Mignucci
Get Even More From Bustle — Sign Up For The Newsletter