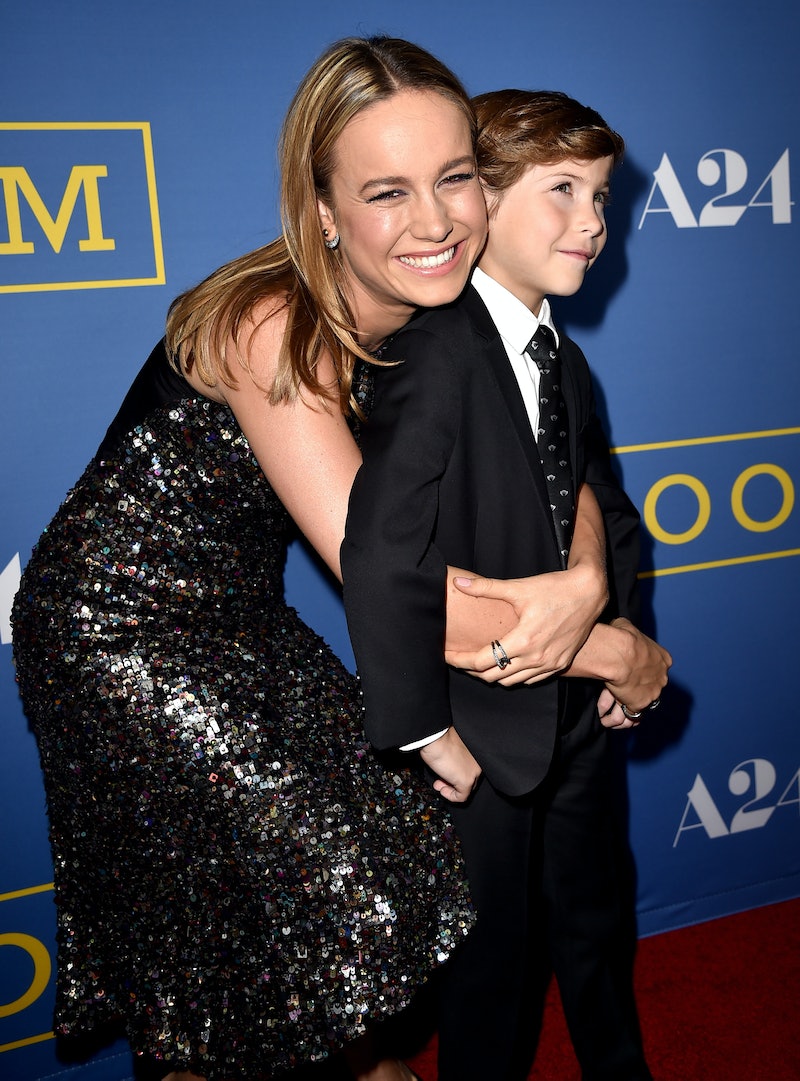 Remember back in the first few months of 2016, when all anyone watching an awards show could talk about was Brie Larson and Jacob Tremblay's adorable friendship? The two actors, and Room co-stars, were staples on practically every red carpet this past season, and each time they appeared together, they produced a thousand hilarious quotes and GIF-able moments. If you miss that era, you're not alone — while talking to Bustle at New York's Hershey's Chocolate World, Tremblay reveals that he, too, recalls those red carpet days with pleasure, especially because it means less time spent hanging out with Larson.

"It’s the end of awards season, unfortunately," the 9-year-old actor says (he's a bit late on that, but I'll give him some slack). "But we still catch up with each other. We spent a lot of time together at the Oscars, and the Golden Globes, and all the promoting, which was really fun."

These days, the duo tends to catch up "on Instagram," Tremblay says, likely due to their busy schedules; Tremblay is off filming The Book of Henry and, you know, being a normal kid, while Larson has been in Vietnam, shooting the 2017 blockbuster Kong: Skull Island . Yet they have plans to hang out soon — well, at least virtually. When I ask Tremblay if he's going to watch Larson host Saturday Night Live on May 7, he excitedly says he will be — as long as his dad allows it.

"If it’s Saturday night, I think I can stay up," Tremblay says, with a not-so-subtle glance up at his father, who grins and says, "I think so." And if you think that a 9-year-old wouldn't be able to stay up long enough to watch a show that starts at 11:30 P.M, don't worry — he has a plan. Addressing his dad, Tremblay says, "You’ll need to buy me some Diet Coke," to which his dad simply laughs and gives the "we'll see about it" look familiar to any parent.

Sorry, Mr. Tremblay — Larson's number one fan is gonna need all the energy if he wants to support his co-star and off-screen BFF all Saturday night.