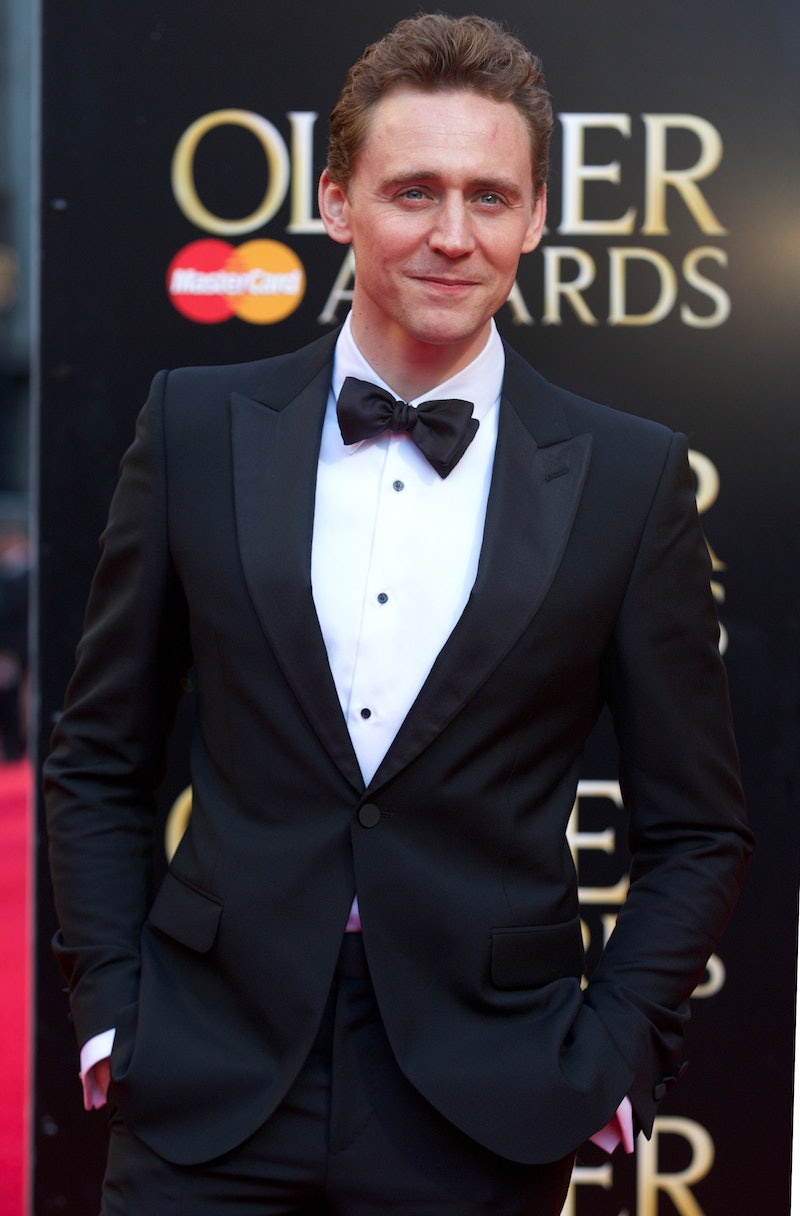 There are a lot of movies in the works for Tom Hiddleston. In the next two years he has three big films coming out that don't even have anything to do with Loki. And if we can trust Hiddleston's spoilers for Kong: Skull Island, Crimson Peak, and I Saw the Light, they're all going to be great. Hiddleston's been a busy man, and he's made some interesting choices outside of the Marvel universe. On the horizon is a horror film, a bio pic, and even a King Kong movie.

The actor chatted with reporters on the red carpet of the WhatsOnStage awards, and for once, he wasn't asked about what's next for Loki. Instead one person asked him about his more unconventional upcoming films, and Hiddleston was more than happy to talk about them.

Truthfully he doesn't actually give any plot points away, he learned his lesson when he ruined the ending of Avengers on Twitter in 2012, but he did talk lovingly about each film. His praise alone makes them sound even more interesting.

Let's be real here, I was going to see them all anyway because of Tom Hiddleston, but now at least I know they'll be good too. (As if he's ever done anything not excellent.) In Hiddleston's own words, here's what we have to look forward to in his upcoming films.

The creepy trailer for this gothic film just hit the Internet last week, and Hiddleston has loved seeing people respond to it. "It's very scary and it's full of some interesting surprises, " he teased about the film. "I don't want to give too much away here, so I just hope people love the trailer and look forward to the film."

I Saw the Light

Hiddleston's Hank Williams biopic is in post-production now and he says he can't wait to show off the final product. "It's very hard to talk about it because I'm still very close to it," Hiddleston said of the movie. "I still feel like I'm related to him in some way. I spent so long immersed in his world and music and life ... I can't wait to show it to people. It's going to be new and it's going to be interesting."

But while Crimson Peak and even I Saw the Light are more usual movie choices for Hiddleston, his involvement in the King Kong prequel was a little more surprising. But after hearing his gushing review of the movie, you won't doubt his decision to do it anymore.

It was really [director] Jordan Vogt-Roberts. He had such an extraordinary vision. His story, which I know he hasn't revealed to anyone yet, is a King Kong movie you've never seen before. It's very ambitious and epic and fresh and new in its vision and design, and the characters are amazing ... and to work with Jordan particularly, whose idea is amazing, and the story and the script and the studio—it was a very easy yes.

While I wish Hiddleston would have dropped some plot hints about his upcoming projects, I'll take what I can get. He makes all three of those movies sound new and fresh and I can't wait to see Hiddles in action when the eventually premiere.

More like this
7 Cracking Quotes From 'Love Island' 2022
By Frances Stewart
No, Adam Collard *Still* Isn’t Collarding
By Victoria Sanusi
Everything To Know About The Musical 'Joker' Sequel – & Lady Gaga’s Role
By El Hunt and Sam Ramsden
Stephen Graham’s Wife Plays A Vital Role In His Career
By Emma Madden and Sophie McEvoy
Get Even More From Bustle — Sign Up For The Newsletter