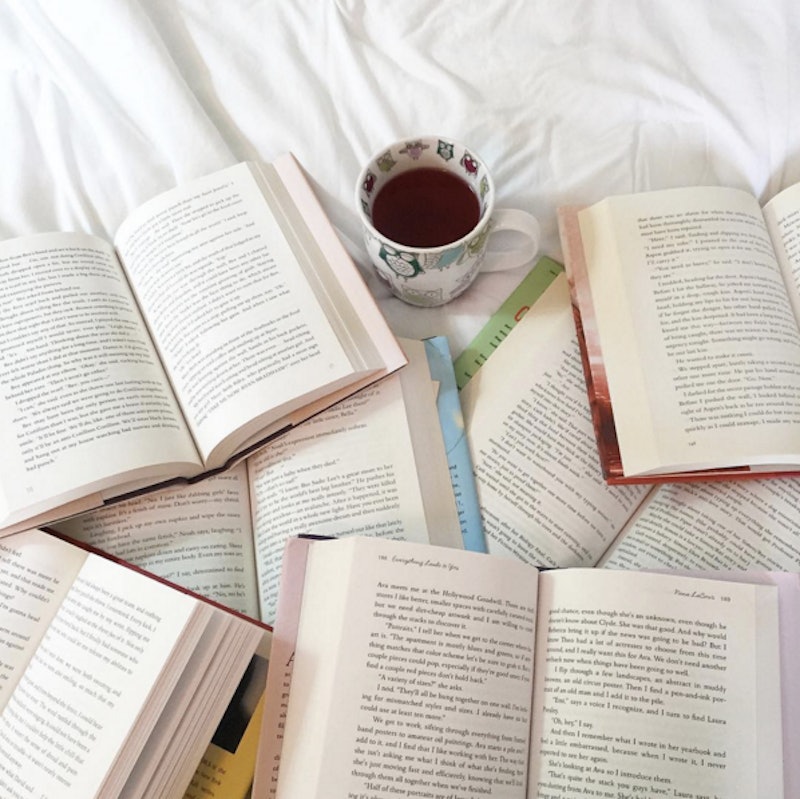 Are you the type of reader who spends just as much time on YouTube or Goodreads looking for new books as you do actually reading new book? I'm guilty as charged. Here's some exciting news: Bloomsbury Children's is teaming up with 13 of the biggest names in young adult literature and 13 influential 'booktubers' for a villain-themed anthology called Because You Love To Hate Me. The collection of stories will be released in July 2017.

When I say "biggest names" in YA, I mean the biggest freakin' names in YA. Renée Ahdieh, Victoria Schwab, Adam Silvera, Nicola Yoon, Marissa Meyer and more have all signed on to the project. Better yet, the anthology will be edited by Grammy-nominated YouTube star Ameriie.

"Readers today are more interactive with authors and one another than ever before," Ameriie says in a press release from the publisher. "The booktube community on YouTube has exploded in the last two years, energizing hundreds of thousands of readers around the world, the majority of whom read YA."

Because You Love To Hate Me will pair up one author with one booktuber to write stories from the point of view of famous villains. The only catch? They must be stories of vengeance, defiance, rage, pain, heartbreak, or sorrow. These won't be light-and-fluffy stories about do-gooders doing good and saving the world. These will be dark and twisted stories that will remind readers just how good it feels to be bad.

I don't know about you, but I'll be slowly counting down the days until July 2017, because this anthology sounds like a whole lot of twisted fun.