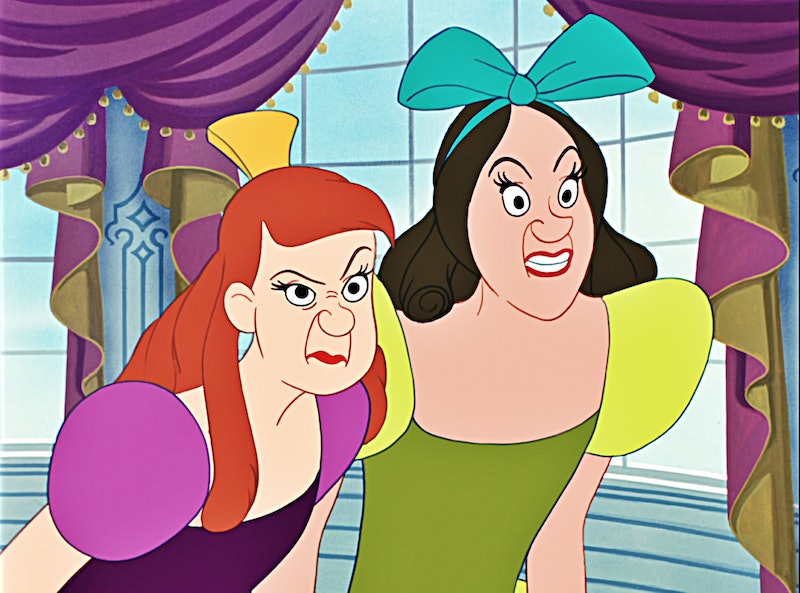 Ever since I read The True Story of the 3 Little Pigs when I learned to read back in kindergarten, a picture book that shows the Big Bad Wolf as a sick wolf with a sneeze and the three pigs who wouldn't let him inside for help, I have been obsessed with books told from the villain's perspective. A lot of stories are narrated by characters that are morally questionable or even straight-up evil, but these books take traditional villains from classic literature, fairy tales, and other books and let them tell their side of the story. After all, no matter how flat a pancake is, there are always two sides.

Don't know what I'm talking about? A iconic example these days is Wicked, the production based on Gregory Maguire's book that gives the real story of the Wicked Witch of the West. From Elphaba's point of view, Glinda is a bit of a self-absorbed princess, and she has been bullied because of her green skin. It's a whole different story than the one that started with Dorothy and ended with the Wicked Witch melting from a bucket of water.

Fairy tale retellings have been stocking the bookshelves in the past few years, giving a science fiction, feminist bent to Cinderella, Little Red Riding Hood, Rapunzel, and Snow White, or letting Tiger Lily talk about Peter Pan from her perspective, or imagining what would have happened if Aladdin never found the genie and the lamp. These seven books take that idea even further, allowing readers to hear the other side of the story of classic tales.

1. Confessions of an Ugly Stepsister by Gregory Maguire

You've already read or seen Wicked on stage, so now you can delve into Gregory Maguire's backlist of twisted fairy tales where villains get their say. Confessions of an Ugly Stepsister tells Cinderella from the POV of one of her evil stepsisters, who, in this version, is hiding a secret past.

John Gardner's Grendel launched the "villain's side of the story" genre with one of the most historic Big Bads of all time. (Come on, you paid attention in that Brit Lit class, right?) Grendel is the evil monster who is tormenting a mead hall and a town in the Old English epic poem Beowulf. (Just forget the whole movie fiasco ever happened.) But in Grendel, Gardner gives the monster more life than just a bloodthirsty killing machine, and delves into complex questions of morality and the philosophy behind Grendel's nature.

Captain Jack Sparrow and hotness Orlando Bloom may have clouded our vision, but pirates tend to be murderous villains. In Nicole Castroman's YA novel Blackhearts , she looks into the past of one of the most fearsome pirates of all time, Blackbeard, and spins a fictional story about how one of England's richest merchants grew up to spark fear into the hearts of even the bravest sailors on the seas.

I have something to admit: I always thought Peter Pan was a bit of a creep-o. He lurks outside little girls' windows and, in the books, he literally kidnaps Wendy's daughter. And how old is he really? So I'm definitely on board (get it?) with a fairy tale re-telling where Captain Hook gets to share his side of the story. And let me give you a little quote from it, so you can see where this is going, because it's awesome:

Every child knows how the story ends. The wicked pirate captain is flung overboard, caught in the jaws of the monster crocodile who drags him down to a watery grave. But it was not yet my time to die. It's my fate to be trapped here forever, in a nightmare of childhood fancy, with that infernal, eternal boy.

As a Peter Pan truther, I have to add another Captain Hook POV story: Brianna R. Shrum's Never Never , which tells a tale of how Peter once stole a young Hook away to Neverland and then left him trapped there, when all Hook wanted to do was go home and grow up.

If you read Jane Eyre and can't stop thinking about the secret madwoman in the attic, then Wide Sargasso Sea is the book you need. Jean Rhys tracks the story of a young Antoinette Cosway who is sold into marriage to Mr. Rochester and slowly descends into madness.

7. The Mists of Avalon by Marion Zimmer Bradley

Hooray for a feminist King Arthur story! The Mists of Avalon is told from the POV of King Arthur's arch enemy (at least in the later tales), Morgan le Fey. Rather than focus on the knights of the round table, Marion Zimmer Bradley puts the spotlight on the women using their power behind the scenes.