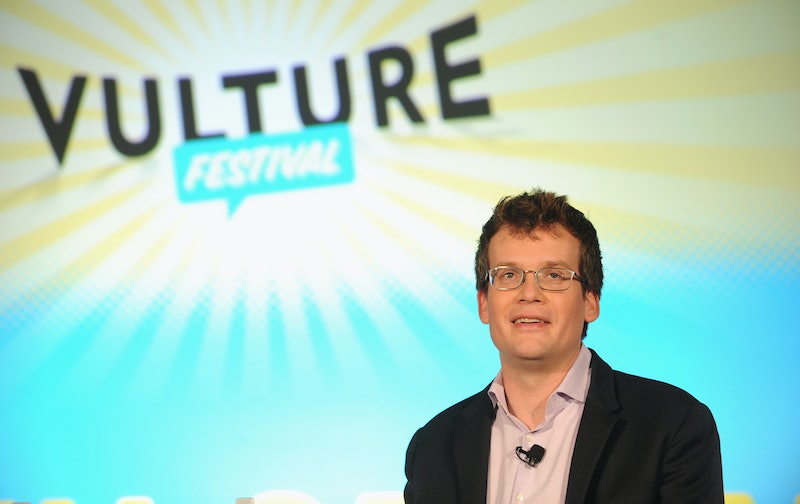 The debate to ban Looking for Alaska rages on at a high school in Marion County, Kentucky following a parental complaint that the book would tempt students "to experiment with pornography, sex, drugs, alcohol, and profanity." Earlier this month, a high school teacher at Marion County High School came under fire for teaching John Green's debut novel in her 12th grade English class. Subsequent complaints led to the temporary removal of the book from the school curriculum pending a review by school superintendents.

Looking for Alaska, John Green's debut novel, won the American Library Association's coveted Printz award in 2006 for "the best book written for teens based entirely on its literary merit." Earlier this year, The American Library Association gave the novel a more dubious honor when it named Looking for Alaska the most frequently challenged book of 2015.

Following the ALAs announcement, Green took to YouTube to fight back against book banning. "Teenagers are critically engaged and thoughtful readers," he said. "They do not read Looking for Alaska, and think, 'I should go have some aggressively unerotic oral sex. They also don't read The Outsiders and think, 'I should join a gang!' Or read Divergent and think, 'I should jump off of trains.' So far as I can tell, that sort of narrow, prescriptive reading seems only to happen within the offices of school superintendents."

At least one parent in Marion County disagrees. A resident wrote to a local paper to note that Looking for Alaska uses the "f word" 16 times and the "sh word" 27 times. The letter writer also mentioned the novel contained an oral sex scene and called the novel "mental pornography."

A portion from the letter reads:

Parents, faith leaders of Marion County, it is unacceptable that school officials have allowed sexually explicit books and materials to be allowed in the library and into the classroom. We wonder why our youth are trouble, maybe part of it is because the schools think parents are too dumb and stupid to know what's best. My warning to you, parents, you better rise up now... do you want your daughter to be in the mind of that young boy as he is reading about these scenes? And parents do you want your son thinking these things about that young lady sitting across the room as these things are read?.... Will these untrustworthy, godless teachers lose their jobs? Probably not... but that's political correctness for you!

This letter must have been a huge wake-up call for parents who think their children don't cuss or think about sex.

Green posted his own response to the controversy on Facebook earlier this month, urging his followers to email letters of support to the English teacher at Marion County High School who stood by the inclusion of Looking for Alaska in her curriculum.

According to the National Coalition Against Censorship, a school committee meeting is scheduled for Monday, May 2 to determine the literary value of Looking for Alaska. Supporting Green in his endeavor to keep the book on the curriculum are The National Coalition Against Censorship's Kids' Right To Read Project, American Booksellers For Free Expression, The Association of American Publishers, and The National Council of Teachers of English. In a letter co-signed by the organizations, they write: "Literature helps prepare students for the future by providing opportunities to explores issues they may encounter in life. Young adult novels like Looking for Alaska may be especially powerful in this regard because they are so relatable and, in this case, so well-written."