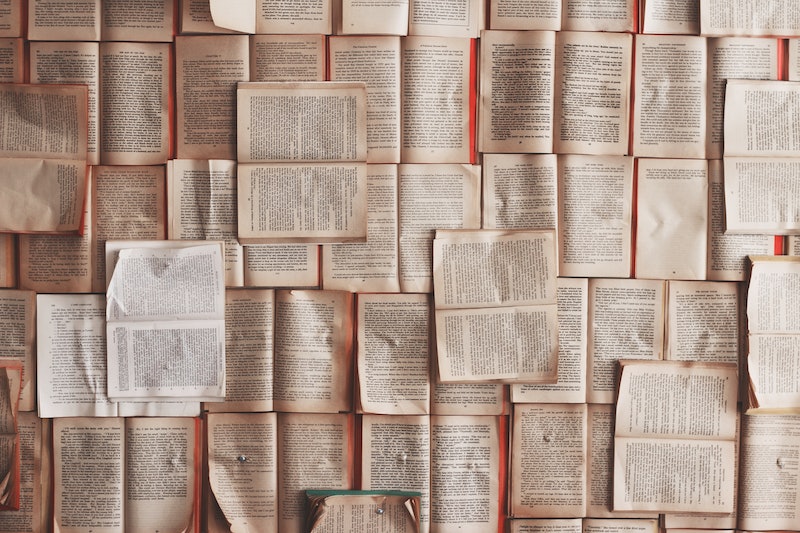 What do the Bible and John Green have in common? Both can be found on the American Library Association 2015 list of Most Challenged Books. But while John Green has made the list several times, the Bible is something of a newcomer. And there are plenty of other interesting things about this year's list as well — not that the ALA's list ever consists of what you might call dull reading.

Although you'd think that, living as we do during the information age in a country that values free speech, most people wouldn't try to ban books, in fact hundreds of books are challenged every year. Most often, these are aimed at preventing children from getting ahold of material deemed "inappropriate" — though adults' ideas of what constitutes appropriate reading material for kids is frequently both patronizing and misinformed. And although trying to block children's access to reading material approved by teachers or librarians might seem extreme, there's evidence in fact that it might be getting more common.

The the Office for Intellectual Freedom for the American Library Association released the 2015 challenged books list on Monday, and many of the titles are likely familiar. The most challenged book, Looking for Alaska by John Green, for instance, has been on the top 10 list in two of the past three years — likely because Green's popularity has made him a more common sight in both classrooms and school libraries, which are usually the site of most book challenges. The novel, which was Green's first and won the Printz Award, is perhaps also his darkest, involving things like underage drinking, teenagers talking about (and having) sex, as well as grief and loss. As such it's perhaps unsurprising that the novel is often singled out among Green's work. However, it's also a gorgeous coming-of-age story that I would recommend to just about any teenager.

Anyone who keeps up with book controversies will likely recognize other titles on the list as well. After all, one does not make the list of most banned and challenged books without a few of those challenges hitting the news. The Curious Incident of the dog in the Night Time by Mark Haddon made headlines for being removed from a summer reading list in Florida over parent complaints — and also made the number five spot on the ALA list. Similarly, Fun Home was the subject of multiple student complaints last year, including a group of Duke freshman who didn't wish to read the memoir as part of their summer reading and a girl who tried to have it banned from her graphic novel course. It was the seventh most challenged book in the U.S. last year.

And Fifty Shades of Grey also made the list for the third time in four years, for reasons ranging from "sexually explicit" and "unsuited to age group" to the perhaps more understandable “poorly written.” Sadly, no one seems to have objected on the grounds it glorifies abuse, which would at least be more understandable, if still misguided. It was the second most challenged book of 2015.

This year, two books dealing with transgender issues also made their Challenged Books Top 10 debut. I Am Jazz, a picture book about a transgender child that was subject to its own high profile challenge last year, and Beyond Magenta: Transgender Teens Speak Out by Susan Kuklin both made the list ranked at third and fourth, respectively. Hopefully, this indicates that teachers and librarians are making more of an effort to include material about transgender people and the transgender, even if it naturally runs the risk of parent complaints.

Probably the most curious title on the list this year, though, was the Holy Bible, which has never made the ALA's top 10 before. This year, though, it was apparently the sixth most challenged book in the country. The sole reason listed for these challenges is simply "religious viewpoint" which could indicate a wide variety of things. So does this mean that more librarians are stocking it, leading to more challenges? That more librarians are promoting it? Or is it that more people are noticing that the Bible is already in stock and objecting?

If the third possibility is indeed the case, it could be that challenges are being inspired by several high-profile news stories about Bibles in schools that have come out recently. For instance, after a public school in Florida refused to cancel "Bible handout day," a local Satanic Temple handed out coloring books of their own to kids as well. And that's not even the only time something like that's happened recently.

However, James LaRue, director of the Office for Intellectual Freedom, indicated that many of the challenges to the Bible in schools are "retaliatory." In other words, one parent might object to having a different religious text, such as a Quran, and other parents might respond by challenging the Bible to point out that if you want to get rid of one religious text, you should have to get rid of them all.

Personally, I think that school libraries should include religious texts, so long as there's a wide array of them and librarians aren't promoting any particular religious tradition. After all, religion is an important part of life in most cultures around the world, and if kids are interested, they should have the chance to learn. (Though in terms of the politics of picking which Bible translation to include, there I can't help you.)

You can see the full list, along with reasons given for book challenges on their website here.