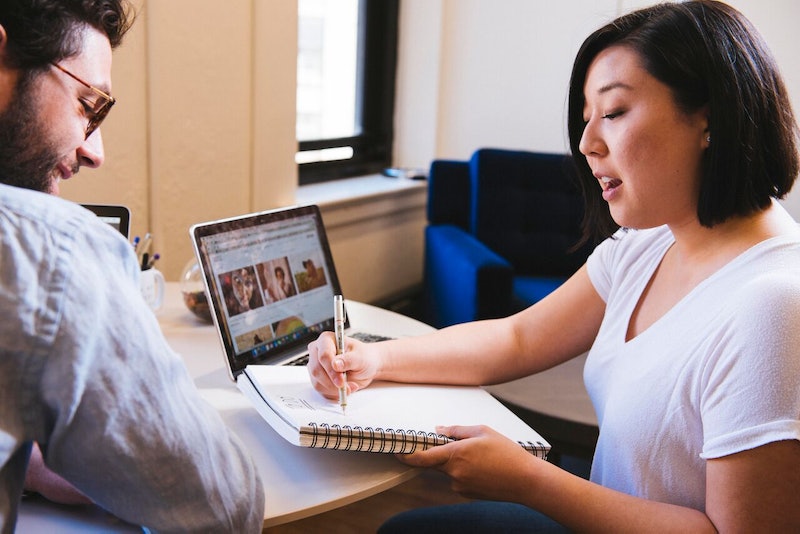 You’ve been at the same job for a while, and there’s never been an inclination that you’re up for a promotion. Then, suddenly, for some reason you just feel it’s going to happen soon. You might be picking up on the tell tale signs you’re going to get promoted, and it could just finally be your opportunity to move on up. There are few things more frustrating than feeling as though your hard work isn’t appreciated, and that feeling is amplified when you’ve been with a company for a long time without the opportunity to climb the ladder.

It makes matters worse — in my opinion — when you’re predicting you’ll be getting a promotion and then you don’t actually get it. Such a major let down. Hopefully this article will serve to point you in the right direction in picking up on the accurate signs a job promotion is coming your way. This way you won’t have to falsely anticipate a promotion, only to be denied one. Of course, a way to quickly find out if you’ll be getting a promotion any time soon is to be direct and ask your supervisor. However, as many of us can attest to, that can be an incredibly uncomfortable conversation depending on your job and your relationship with your boss. If you don’t want to flat out ask them, here are some tricks to read between the lines a bit, and figure out once and for all whether that promotion is coming or not. Here are 11 signs you’re likely to get a promotion.

1. Your Boss Has Been Asking About Your Long-Term Goals

2. You’ve Been Excelling All Around

Excelling at your job is of course about producing results for the company, but there are other factors involved, too, such as properly navigating the company culture and playing well with others at your job, according to Forbes. The outlet spoke to Amy Hoover, president of Talent Zoo about promotions, and she said, “If you’re career-minded and want to climb the ladder it’s important that you analyze your corporate culture to determine what you need to focus on besides a job well done.”

3. You’re Never One To Complain At Work

Whether you would like to believe it or not, if you’re complaining a lot at work, it will get noticed. According to an advice article on promotions on LinkedIn, one of the major things that prevents yourself from getting promoted is choosing a wrong side of the company to click with — the complainers. That said, by sticking to the positive side and never catching anyone hearing you complain, you can expect a promotion a whole lot sooner.

4. You’ve Been Invited To New Meetings

That exclusive meeting senior management is always having? Now, you’re on the invite list. According to Michael Kerr, an international business speaker and author of The Humor Advantage who spoke to Business Insider on the topic, the fact that you’re being included in important meetings is a good sign you’re on the road to promotion. Kerr added, “This obviously reflects a great deal of trust in your abilities.”

If your boss has taken notice of how independent you are in the ability to manage yourself, you might very well be golden in terms of an upcoming promotion. When INC. spoke to a selection of business leaders on signs their employees are ready for a promotion, Brian Honigman, CEO of Honigman Media, said, “The only way someone can ever hope to be a manager is if they can manage themselves, and this is typically evidence enough that they're ready.”

6. You’ve Been Taking On Valued Projects

Rather than chirping about how long you’ve been at the company and how you deserve a promotion based on that, Hoover told Forbes that you’ll instead get the promotion based on taking on the right, valued projects within the company. Hoover said, “A common misperception in corporate America is that longevity equals a promotion.” Rather, if you’re taking on projects and assignments that help define your value, it’ll take you much further, and if your boss has been noticing you doing this — you might be climbing that ladder quite soon.

7. Your Boss Has Taken Note Of Your Charisma

If you’ve been as charismatic as could be lately at the office, things might just be looking up for you. According to a study from the journal Personnel Psychology, employers want to see certain personality traits — extroversion and conscientiousness — when they’re considering which are ready to move up. That said, being as charismatic as possible, especially when your manger/managers are around, could be slowly moving you towards a leadership role.

8. You’ve Been Volunteering For A Lot Of Leadership Roles

You’ve been raising your hand for leadership roles, and your manager has been caught taking notice. This is great news for you. When talking about signs an employee is ready to become a manager, Andrew Schrage, co-owner of Money Crashers Personal Finance, told INC., “A team member who steps up to the plate and takes a leadership role (whether it's in a team project setting or other environment) is sure to be ready for management. These situations present themselves often, and those who take the bull by the horns are the ones who are ready for the next step.”

9. You’ve Been Invited To A New Development Course Or Conference

Kerr told Business Insider that another major sign a promotion is in your near future is if you’ve suddenly been asked to attend a conference or participate in development courses that you’ve never been previously considered for. According to Kerr, when senior leaders begin investing in your personal development, it’s because they may be grooming you for moving on up.

10. Your Company Is Doing Very Well

According to CNN Money, if your company is doing very well, take note. Signs it’s doing well include good financial results, bringing in new business, and promoting others, the outlet noted. If these things are happening around you, it could be a sign for your personal career, too.

Think about it closely — are you indispensable? If you feel you are, a promotion might be coming your way, according to Monster.com. Mark Jeffries, communications consultant and author of The Art of Business Seduction: A 30-Day Plan to Get Noticed, Get Promoted and Get Ahead, spoke to the outlet, and noted how important being indispensable is in regards to promotions. Oppositely, if you feel rather invisible, start speaking up and documenting your successes, and make it so your company can’t afford to lose you, according to Jeffries.

If you’ve noticed any of the signs discussed here, get ready girl, because a promotion might be heading your way shortly. Keep your eyes and ears open, and remember to be as indispensable as possible if you’re hoping to climb that ladder.

More like this
These Are The 3 Most Mellow Zodiac Signs
By Kristine Fellizar
An Open Letter To The Person Who Bought Steve Jobs’ Birkenstocks For $218,000
By Ginny Hogan
8 Money Saving Experts To Follow For Accessible Advice
By Maxine Harrison
What Is Harry & Meghan's Net Worth? They're Richer Thanks To Their Netflix Doc
By Hugh McIntyre
Get Even More From Bustle — Sign Up For The Newsletter