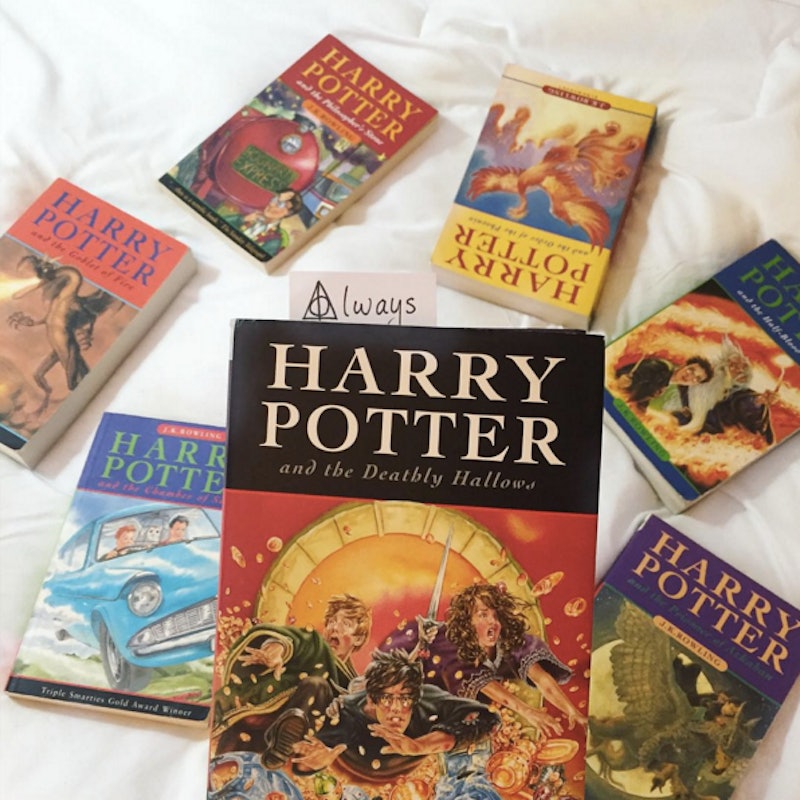 One of the best things about reading a physical copy of the Harry Potter series is the phenomenal artwork. Hear us out: maybe you don't remember the illustrations as well as you remember the unforgettable characters or iconic lines, but I bet you would recognize the illustration from "The Boy Who Lived" in a heartbeat. Who could forget that sweet, cozy picture of baby Harry Potter all wrapped up in a blanket?

In the U.S. book releases published by Scholastic, the iconic chapter illustrations and covers were illustrated by Caldecott honoree Mary Grandpré. Not all of her drawings were as warm and fuzzy as the one that came before the very first chapter of Harry Potter and the Sorcerer's Stone. In fact, they got pretty dark as Harry got older.

I'll never forget my first reading of Harry Potter and the Sorcerer's Stone. Despite the troll in the dungeon and Professor Quirrell's unusual choice of headwear (ahem), the novels were fun. Magic was new to Harry, and it was new to readers, too. We were learning about wands and flying broomsticks and talking ghosts for the first time, and it was, for lack of a better word, magical.

But, as this infographic so eloquently illustrates, the novels got darker as the stories progressed. Voldemort made a comeback; beloved characters died; loyalties were tested; friends betrayed friends.

Astute Potterheads will notice one thing immediately: the drawings get darker and darker, until they're nearly black at the end. Though the Harry Potter series was a story of hope and a story about the triumph of good over evil, it was not always a happy story. Fred Weasley, Sirius Black, Severus Snape, Albus Dumbledore, Remus Lupin, Dobby, Nymphadora Tonks, and more beloved characters all lost their lives to help stop Voldemort. Though Harry got his happily ever after, it came at a great cost — and he never could go back to those cozy days, sleeping soundly in a blanket under the stars.