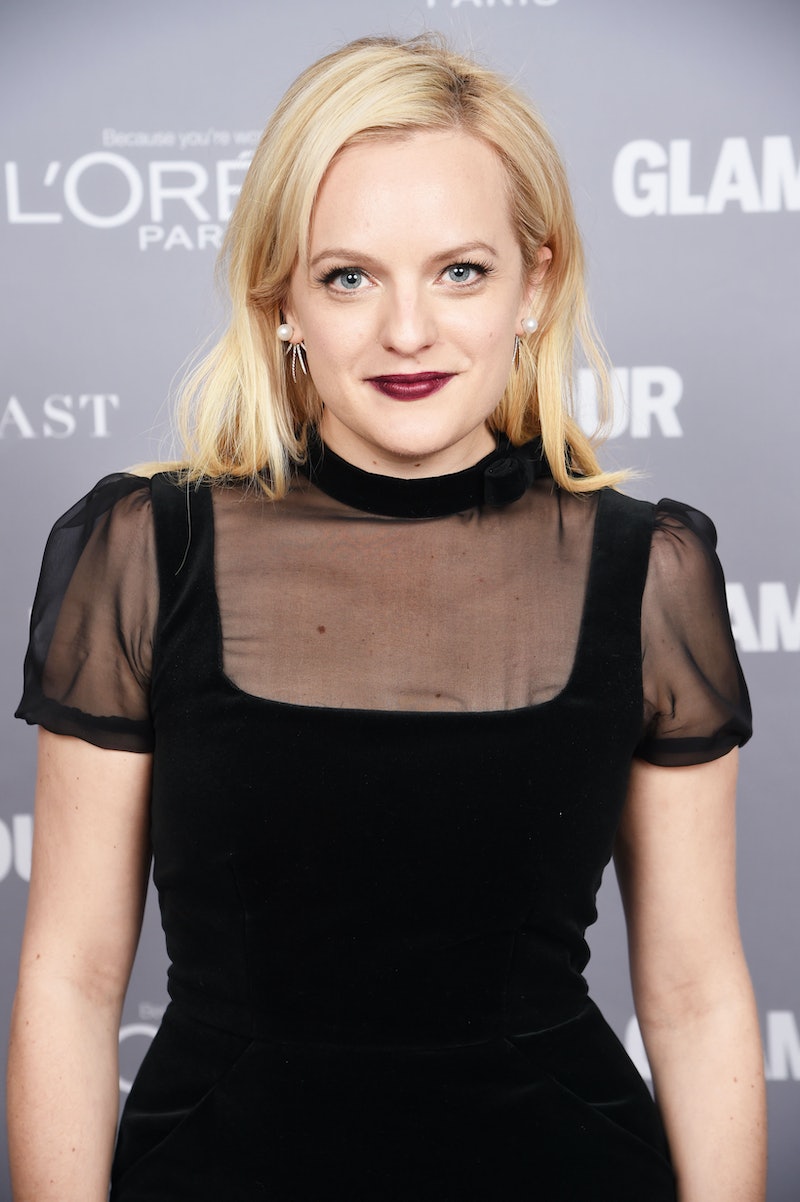 OK, book-lovers, try not to scream too loudly when you read what I'm about to tell you: Elisabeth Moss is set to star in a straight-to-series Hulu adaptation of The Handmaid's Tale by Margaret Atwood.

The 10-episode drama will debut on Hulu in 2017, according to The Hollywood Reporter.

The series will be based upon Margaret Atwood's 1985 novel, the story of Offred, a Handmaid in a near-future totalitarian society where women are treated as property of the state. As one of the few remaining fertile women left in society, Offred is forced to become a Handmaid to a high-ranking official named The Commander in a last-ditch effort to repopulate the country. When The Commander begins an illegal relationship with Offred, she must contend with his jealous, infertile wife — a woman who, in a desperate attempt to get Offred pregnant, arranges for the Handmaid to begin a sexual relationship with their chauffeur. As she navigates her relationship with the Commander, his wife, and his chauffeur, she must remember her one goal: to survive long enough to find the daughter who was taken from her.

Golden Globe winner Elisabeth Moss, best known for her turn as Peggy Olson on Mad Men, will star as Offred. The 100's Bruce Miller will write the script and will executive produce alongside Fran Sears, Warren Littlefield, and Daniel Wilson, who produced the 1990 film adaptation of the novel.

Don't worry about this book-to-TV adaptation falling short of its promises: author Margaret Atwood will serve as a consulting producer, and she couldn't be more excited about Moss playing the lead role.

"I am thrilled that MGM and Hulu are developing The Handmaid's Tale as a series, and extra thrilled that the very talented Elisabeth Moss will be playing the central character," Atwood says in a press release from Hulu. " The Handmaid's Tale is more relevant now than when it was written, and I am sure the series will be watched with great interest. I have read the first two scripts and they are excellent. I can hardly wait to see the finished episodes."