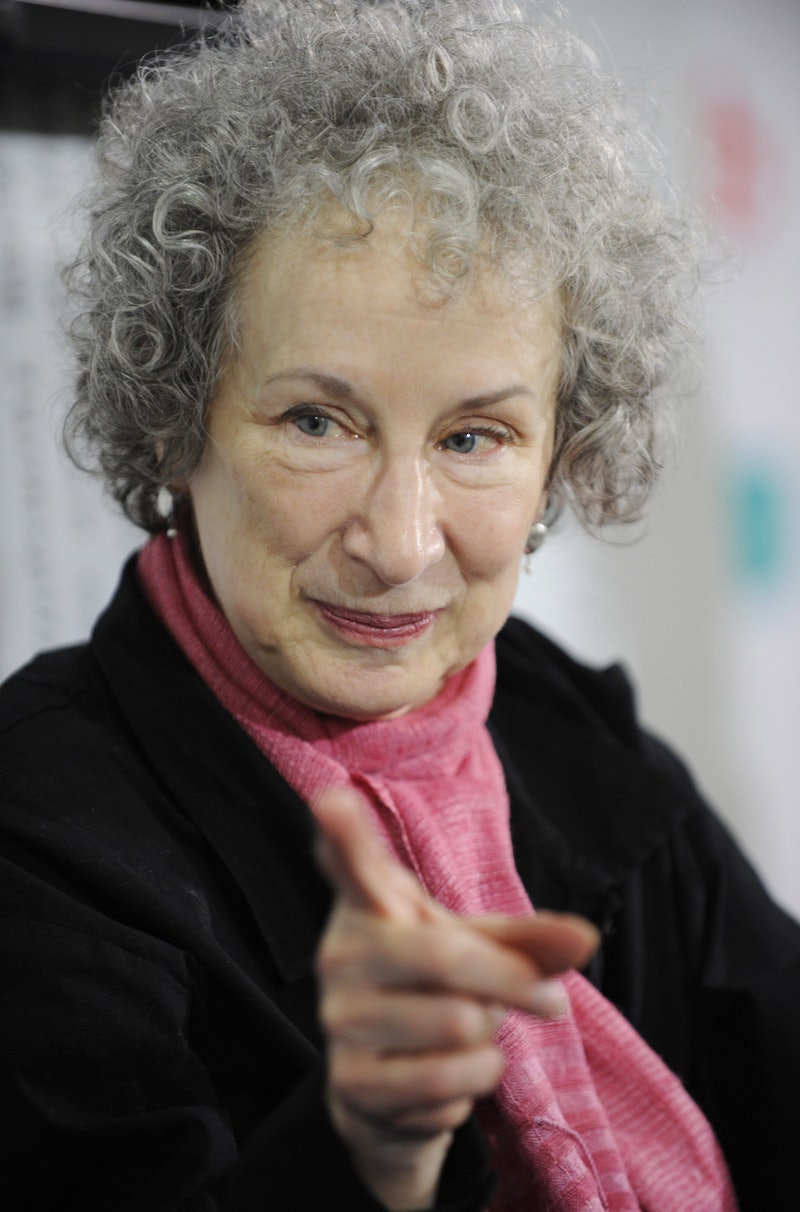 When I first read The Hitchhiker's Guide to the Galaxy a few years ago, I could not get over how Douglas Adams' nifty guidebook basically captured the essence of tablets and smartphones years before such devices even existed in primitive form. A handheld device through which all of the world's knowledge was instantly accessible? In 1978, it probably seemed too good to be true, but 40-plus years later, there's a good chance you're reading this article on just such a machine.

But then, literature is littered with examples of authors predicting the future. George Orwell's 1984 foreshadowing of a population under constant surveillance was so spot-on that the term "Big Brother" has become nearly synonymous with everything from Facebook to the NSA. With Frankenstein, Mary Shelley foresaw medical advances that wouldn't come to fruition for more than 100 years. Even the sinking of the Titanic was foretold by a novella more than a decade before the liner's fateful collision.

Also deserving of a place on this list of crystal-ball books is The Handmaid's Tale, Margaret Atwood's 1985 parable about a dystopian post-revolution America in which women have been reduced to property, natural resources in North America have been all but destroyed, and everybody is constantly watching everybody else for signs of insubordination to the government.

When The Handmaid's Tale was written 30 years ago, the second-wave feminism of the the 1960s and 1970s was clashing with the increasing influence of the Christian right in American politics. Atwood was clearly writing The Handmaid's Tale in response to these conflicting ideologies, as a warning about the disastrous consequences of taking these intensely religious views to the extreme. But it seems Atwood also had a touch of clairvoyance as well, as rereading The Handmaid's Tale in honor of its 30th birthday reveals many of its ideas are, frighteningly enough, still as relevant now as they were then.

Early in The Handmaid's Tale, when Offred has a flashback to the Red Center where she and her fellow Handmaids received their training, she recounts how the women were encouraged to blame and berate a gang-rape victim during an exercise. The way the Handmaids chant that it was the victim's fault, that she led on her attackers, along with other references in the book that it's up to the women to "make the boundaries" when it comes to physical contact with men, and that women who make accusations are not taken at their word, echo the culture of victim-blaming that is all too alive and well in 2015.

More and More Information Is Being Stored and Circulated Digitally

In"the time before," Offred works in a library transferring books to CDs, "to cut down on storage space and replacement costs." Fast forward 30 years, and not only have millions of books been converted to digital format, but millions more exist only in digital form. The physical copy, be it book or CD, has been all but removed from the equation, which certainly does cut down on storage space and replacement costs, but also means that access to that information can be cut off with a few quick keystrokes. Forget about book-burnings, hiding forbidden books under floorboards or clandestine printing presses — controlling what information is accessible and to whom is easier than ever.

Same goes for money. We don't have a Compubank yet, but according to statistics, nearly 200 million Americans have a debit card, and if those debit card-holders are anything like me, they probably rely more heavily on that little plastic card than they do on actual paper money. Which again, is super-easy and convenient — as long as no one in a position of power abuses their control over your finances, and cuts off your access, leaving you stranded at the convenience store trying to buy a pack of cigarettes (which, as it turns out, is only the beginning of Offred's troubles).

The Government Uses Terrorist Attacks As Reason for Restricting Freedoms

In The Handmaid's Tale, the sweeping changes that transform America in Gilead are precipitated by a terrorist attack that leaves the President and Congress dead, and the Constitution suspended. While not a direct parallel to the 9/11 attacks, Offred's description of the aftermath calls to a mind a post-9/11 world: the civilians glued to their TVs, trying to find guidance; the fundamentalists behind it all; the pervasive fear that made people willing to trade freedoms for security. The government in The Handmaid's Tale uses this anxiety as a reason to "temporarily" suspend the Constitution. What happened in real life wasn't nearly as extreme, but is possibly far more insidious — a slow but steady trade-off of rights and privacy in the name of national security and defense against another 9/11-style attack.

Birth Rates Are Dropping, and Debates About a Woman's Choice to Have Children Still Rage

But another aspect of the motherhood threads in The Handmaid's Tale that rings as true today as it did in 1985 is the debate surrounding motherhood in general. At one point during an illicit visit with Offred, the Commander mansplains why the current system works better than the way things were: "Money was the only measure of worth, fir everyone, they got no respect as mothers. No wonder they were giving up on the whole business." The debate about women who choose to become mothers versus those who choose to be childless and all the attendant advantages and hardships about each could be the subject of another dozen or so articles, but the point that it's still ongoing is what matters here.

Closely linked with number four are the brief but important mentions of banning birth control, particularly in the book's appendix, "Historical Notes on The Handmaid's Tale," in which keynote speaker Prof. James Darcy Piexoto clearly states that another country, Rumania banned birth control outright even before Gilead. As any American with a pulse knows, the last few years has been rife with attempt after attempt after attempt to make it harder for women to get affordable birth control.

People Are Using Religious Beliefs to Push Their Own Agendas

Hi, have you heard of a little Midwest state named Indiana and their Religious Freedom Restoration Act? As Offred, praying from her bedroom in Gilead, the post-American society in which Christian ideals are used as justification for discrimination and violence, says to God: "I don't believe for an instant that what's going on out there is what You meant."

The Environment Has Been Damaged Almost Irreparably

Another factor in the decline of birth rates that is a major plot point in The Handmaid's Tale is all of the chemicals, toxins, rays, and radiation in the environment that has rendered people sterile, or made it impossible for women to give birth to healthy babies. The harmful effects of environmental toxins on reproduction aren't quite as extreme as Atwood envisioned (yet, at least), we have done irreparable and life-threatening damage to our planet in myriad other ways since The Handmaid's Tale was published.

People Have Become Detached From Emotions in Relationships

How people interact romantically changes with each generation, but when the Commander laments how people were starting to lack the ability to feel, particularly when it came to intimate relationships, you can't help but wonder if he was having visions of groups of Millennials blithely swiping left or right on their Tinder apps, searching for love without the connection.

At one point in The Handmaid's Tale, Offred gathers with her adopted family to watch the news. As she watches the images from the frontlines of Gilead's religious war, Offred idly wonders if any of it is real. It's a question we're still asking ourselves, perhaps now more than ever, as the popularity of "reality" TV, the ease of manipulation on the Internet, and the prevalence of bias in the media has many of us asking "what really is real?"