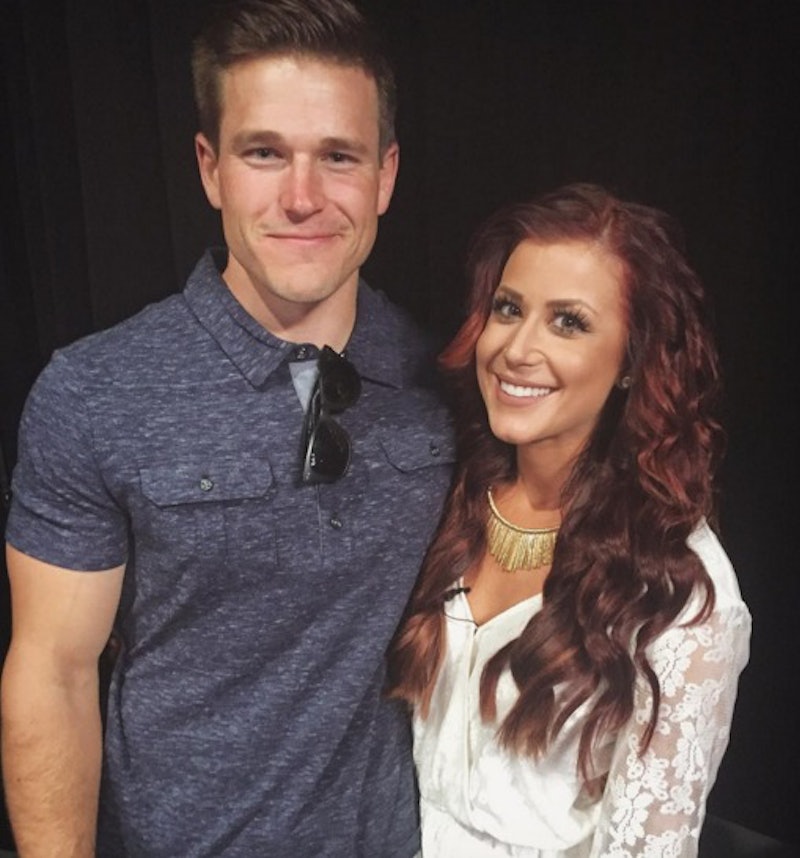 Teen Mom 2 stars and real-life #CoupleGoals Chelsea Houska and Cole DeBoer are spending much of this season of the hit MTV show prepping and planning for their upcoming wedding, even visiting a potential venue in Monday night's episode. Since Houska and DeBoer's wedding, like their engagement, will not be filmed for TM2 (all the tears), fans are even more eager for all the details about their big day: What will Houska's dress look like? How will she do her makeup and hair? Will Aubree be the cutest mini Maid of Honor of life (obviously)? And most importantly: When are Chelsea Houska and Cole DeBoer getting married? Though the reality stars want to keep their nuptials small and private, Houska has been keeping fans in the loop about what she and DoBoer are envisioning for their wedding — and it's obvious that she has a clear vision for her wedding.

Though the couple hasn't revealed the exact date of their upcoming nuptials, Houska explained that the two are planning for the fall.

"We both love fall so we were thinking [of having the wedding] sometime around then," the esthetician revealed in a Facebook Q&A, according to The Ashley's Reality Roundup. While they haven't shared an exact date yet, reality TV news site The Ashley reports that a source says they'll tie the knot in early October, which makes sense since the fall foliage will be at its peak, and Houska wants a rustic wedding.

Even though the wedding won't be filmed for the show, fans can rest assured that Houska will be 'grammin photo after photo of her big day, which will take place in her home state of South Dakota. Since the photos of Houska and DeBoer's engagement turned out to be tear-inducingly adorable, I can only imagine what the professional wedding pics will look like.

And it looks like wedding planning is going relatively smoothly for the happy couple: Houska already has her gown (and bridesmaids!) picked out and knows exactly what role she wants Aubree, 6, to play in the bridal party.

Houska wants her young daughter to "be more than a flower girl – I've been calling her my mini maid of honor," she told People. "I have a friend who's the maid of honor but I wanted her to include Aubree in all the stuff possible, and I want her to feel like she has an important role."

As for the wedding itself, Houska reportedly told Life & Style that their big day will be rustic-themed and contain about 100 guests — with one very specific person absolutely not in attendance.

"[Adam] will not be invited, I guarantee you," she told the magazine, according to The Ashley.

As for making decisions with her groom-to-be, Houska says they're both hands-on, she revealed to People.

"He works a lot so I'm kind of the one that is going [to all the appointments,] but I don't make any decisions without running it by him first," she says. "We have the same taste and the same ideas, so far it's been really easy."

In the May 2 episode of Teen Mom 2, the future Mr. and Mrs. DeBoer visit a potential venue — and from the looks of it (watch above), it seems like it could be the perfect place to say "I do." Guess we all just have to sit tight and find out in October.