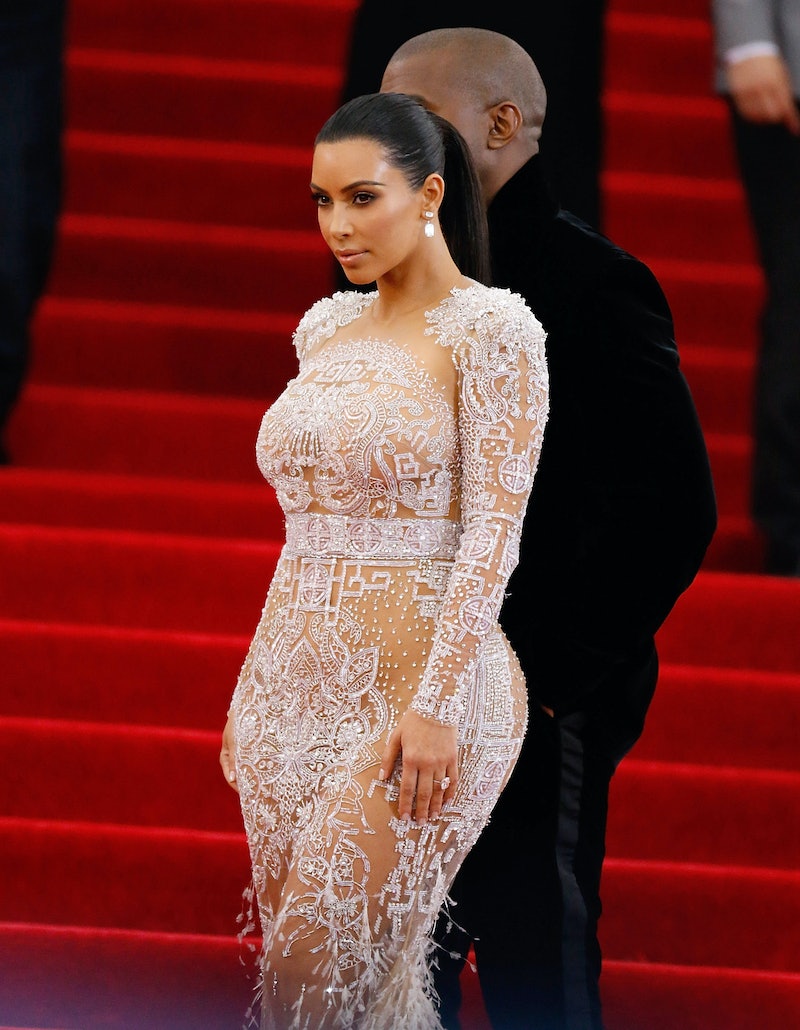 The first Monday in May has become synonymous with fashion's biggest night (sorry, Oscars red carpet). The 2016 Metropolitan Museum of Art's Costume Institute Gala is just a few days away and with that comes the anticipation of what the stars will wear as they walk up the grand stairs of the Met. As one of the most talked about celebrities at this event, Kim Kardashian's past Met Gala looks prove that there are very few people who can pull off her show-stopping style.

The reality TV star made her Met Gala debut in 2013 and made a lasting impression on the red carpet. Kardashian was pregnant with her daughter North at the time and decided to wear a floral printed gown designed by her pal Riccardo Tisci. Kardashian's floral Met Gala dress was one of the most talked about of the night. some people thought the look was reminiscent of a sofa cover or Mrs. Doubtfire.

At the 2014 Met Ball, Kardashian went full bombshell in a custom Lanvin gown that featured a thigh-high slit. It didn't quite live up to her previous appearance, which is probably what she wanted, but Kardashian had a minor wardrobe malfunction before heading to the Met with Kanye West.

But last year's look is easily Kardashian's best Met Gala moment (so far). In my best Kimmy K impression, all I can say is that she looked "STUN-NING."

Kardashian looked chic in black and blue Lanvin at the 2014 Met Gala.

Her Met Gala debut in 2013 was Kardashian's most talked about look, which inspired hundreds of memes because of its bold floral design.

She had the last laugh after wearing the dress again for Halloween last year, this time pregnant with Saint.

Bravo, Kim! I can't wait to see how you will slay us at this year's Met Gala.