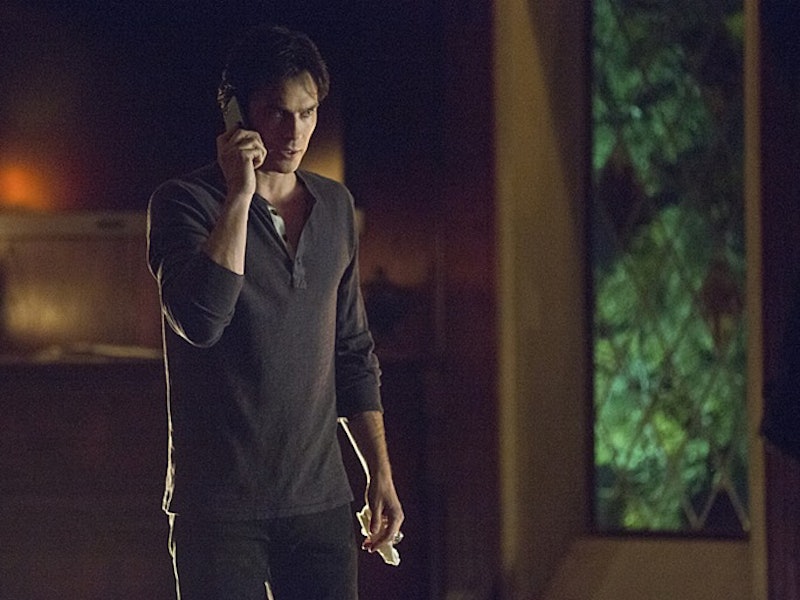 Did I or did I not predict that this was what was going to happen? As soon as Damon struck that deal with Rayna I knew it was bound to come with a catch and so it has. You see, when Rayna agreed to transfer her last life to Bonnie, she wasn't just doing it out of the goodness of her heart. She knew that in doing so it would mean that Bonnie would then be forced to carry on her work. That's right, folks — Bonnie has become a vampire huntress on The Vampire Diaries . And considering that the majority of her friends are all vampires, that presents a bit of problem. Because now, like Rayna, Bonnie will be unable to rest until she's wiped all vampires from the earth, including Damon, Enzo, Stefan, and Caroline.

This will undoubtedly prove to be a devastating blow for all of our characters because the Bonnie that they knew is now gone and they've all once again got a target on their backs. Sure, it's kind of exciting to think of how all of this will play. I mean, they've eventually got to find a way to snap her out of this, right?!?! But it's also kind of sad to think that we've now lost the adorable rapport between Damon and Bonnie. (You know, since she'll now be a little too busy trying to kill him for flirty banter.) And then there's her budding relationship with Enzo. It's going to be kind of hard to date someone that you feel compelled to kill.

I honestly don't know where things will go from here, but at least Bonnie isn't dying anymore, so that's a plus! Let's just hope that she doesn't end up killing someone else we love off in the process. I don't think our collective heart could handle such devastating loss. And does this mean that she no longer is a witch? How does that even work now? Because if she has her magic on top of all her Huntress' need to kill vampires, there may be no stopping her. Either way, one thing's for sure — you are not going to want to mess with this new version of Bonnie Bennett.