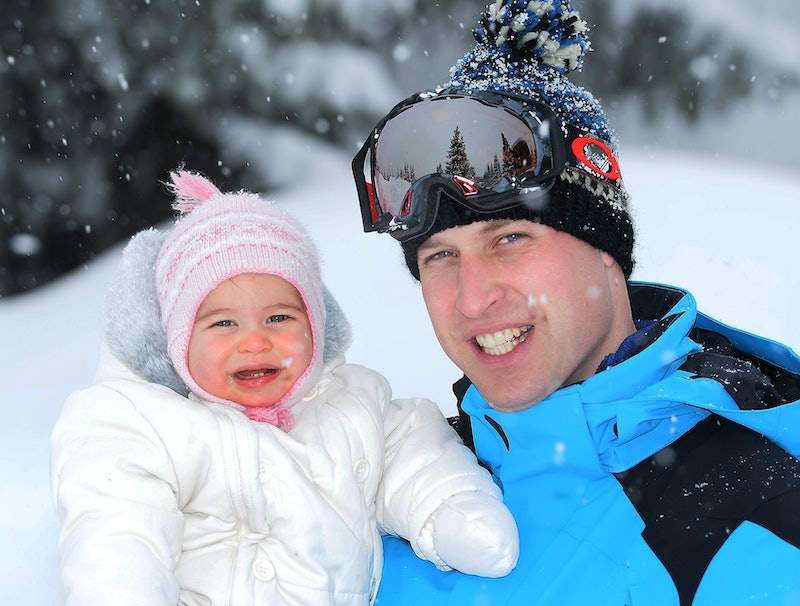 The royal kids: they grow up so fast, don't they? First it was 3-year-old Prince George rocking a bathrobe and PJs while taking meetings with his political peers (aka hanging with mom, dad, and President Obama), and now it's almost 1-year-old Princess Charlotte looking like an absolutely adorable toddler. In new photos of Princess Charlotte released by Kensington Palace on Sunday, May 1, just one day before the youngest royal turns a year old, it's clear that George's lil sis is growing up quickly, and becoming cuter and cuter by the second.

Charlotte was born on May 2, 2015, and ever since, her parents have mostly kept her out of the spotlight by releasing only a handful of official photos. These four (!) new pictures were taken by Kate Middleton in April, according to the Palace, and are being released in celebration of Charlotte turning one year old. Wrote the Palace on one photo, "The Duke and Duchess are very happy to be able to share these important family moments, ahead of their daughter's first birthday."

Then, there's this sweet pic (how fast do you think those tights are going to sell out?):

And this great one of Charlotte playing outdoors:

Before this final one, of the Princess looking as cute as ever:

How sweet are these photos? Happy birthday, Charlotte!