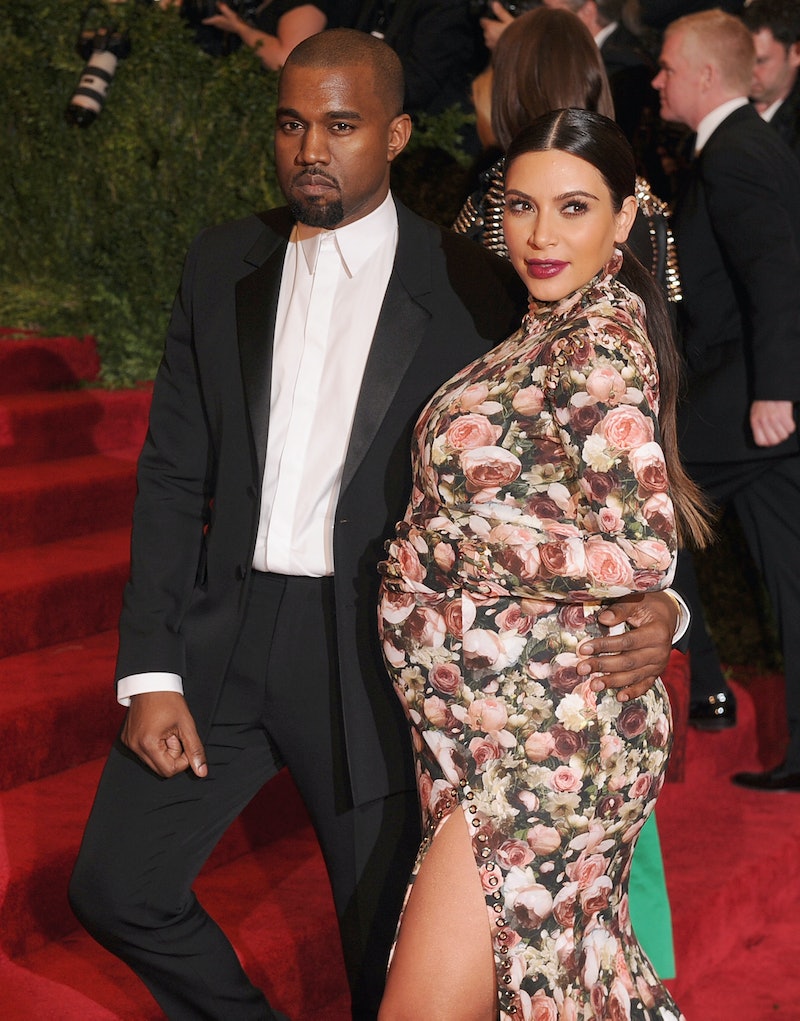 When it comes to fashion, you probably either worship or hate Kim K's taste. This became apparent when the world was treated to Kim Kardashian's 2013 Met Gala dress, or as the Internet dubbed it, "the couch dress." The theme of 2013's event was "punk," but it would seem that most people believed Kardashian misinterpreted the invite to read "geriatric." Tweets were read the world over about how the pattern of the dress looked like something you'd find wrapped around your nana's ottoman. For example, The Daily Mail summarized what so many publications wrote, reporting, "The 32-year-old star sported a garish floral gown over her blossoming baby bump, which she bizarrely teamed with matching gloves and heels on the New York red carpet."

While it seemed at the time that most folks were giving her the thumbs-down for the look, I'd like to argue that it was hella inspiring. Why? Because she took a chance, and dressed in what she wanted. Chances are that Kardashian didn't pick up that piece and go all, "Hmm, this will be a safe choice." After all, it was a body-hugging, long-sleeved, turtleneck gown, promising to cover her from head to toe in a loud print.

It wasn't exactly what you'd call a "slimming strategy" and that's the reason why I adore the fact that she went with it. The woman was beautifully pregnant, was proud of her baby bump, and chose to sport a garment that she enjoyed — rather than one that would "drape" or "slim" her out strategically. IMO, she went for the gold.

Kardashian opted for something unconventional and risky and — even though the media claimed that she failed — there was probably no way that she would have left the house unless she felt beautiful. Ultimately, if the reality star dressed up in a way that pleased her, that's all that matters.

On top of the act of sartorial rule-breaking while pregnant, Kardashian was (and still is) completely unapologetic about the whole thing. Come Halloween 2015, she dressed up as herself at that infamous Met Gala, throwing the "scandal" straight back into the public's eye. If she felt ashamed or mortified about what was said, and the many pieces of living room furniture that she was compared to, chances are that she wouldn't have reopened old wounds, right?

What's more, with the 2016 Met Gala landing on May 2, Kardashian revisited the memories of the couch dress on her blog. In a recent post, she wrote, "The 2013 Met Gala was my first time attending fashion's biggest red carpet. Kanye also performed at the party, so he had two looks that night. We were both fitted with custom looks by our friend Riccardo Tisci from Givenchy. It was definitely an unforgettable night!" She clearly only has good memories when it comes to her floral turtleneck dress.

Not only did Kardashian choose a bold gown because she loved it (and not because it would appeal to the masses), but she also stuck to her guns and still approves of her choice — regardless of the immense amount of flak she's received for it. And because of that, Kardashian's "couch dress" at the Met Gala was inspiring.

If there's anything Kim K reminds us all, it's you do you. That's all we need to worry about.