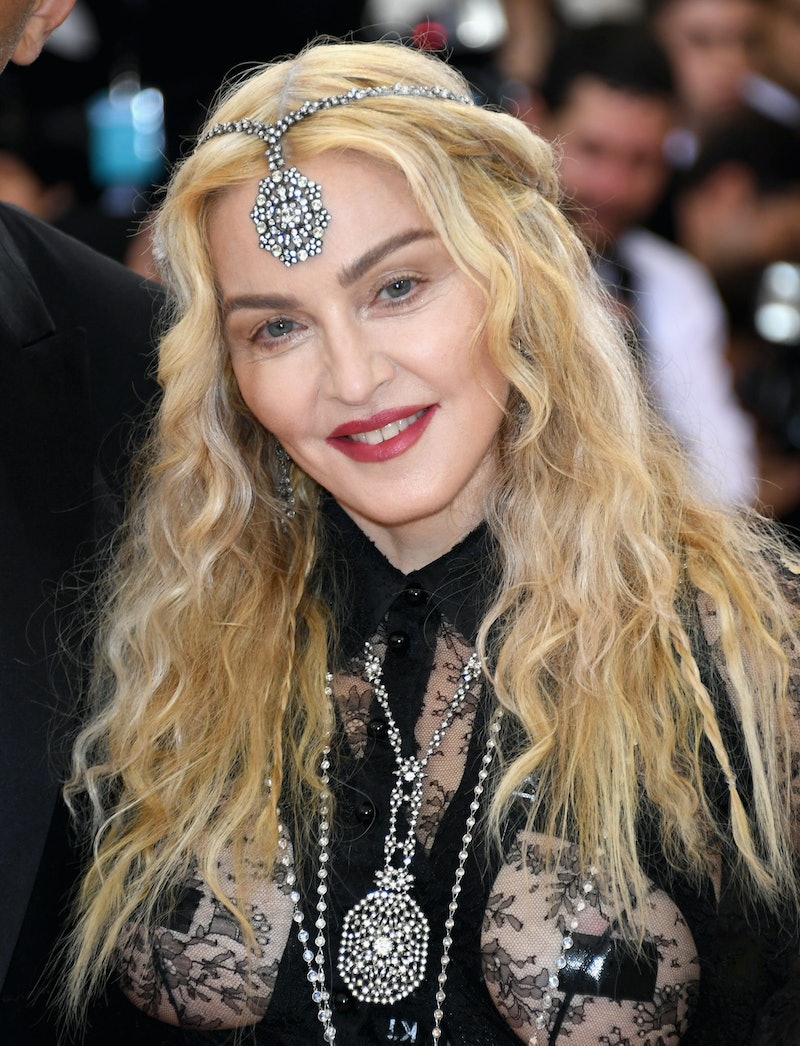 If there's one woman to keep your eye out for at the Met Gala, it's Madonna. Her looks have been so... how should I put it... creative that they even got reportedly vetoed by Anna Wintour two years ago, according to The Independent. Thankfully this year she was fully clothed and looking fabulous. Madonna attended the 2016 Met Gala wearing a sheer Givenchy gown. The dress was a bit more toned down than her previous looks, but it was still just as fabulous.

Where there's a themed party, there's a Madonna twist, and this year was no different. From her fishnet stockings to her sleek silk gowns, the singer's style is so diverse that there's no use guessing what she'll wear next. This year, the 57-year-old shocked everyone yet again. She stepped onto the red carpet in a Givenchy gown that was like nothing she's ever worn before. While she normally goes for out-of-the-box looks, she opted for a see-through black floor-length gown for the event.

Her styling was equally on-point as the all-black look. With a fabulous hairpiece and long, tousled hair, this was so tame compared to her past looks that that's what made it so unexpected.

It's very Kardashian-esque, if you ask me.

There's also a chance that her entire backside is exposed. Oh so Madonna!