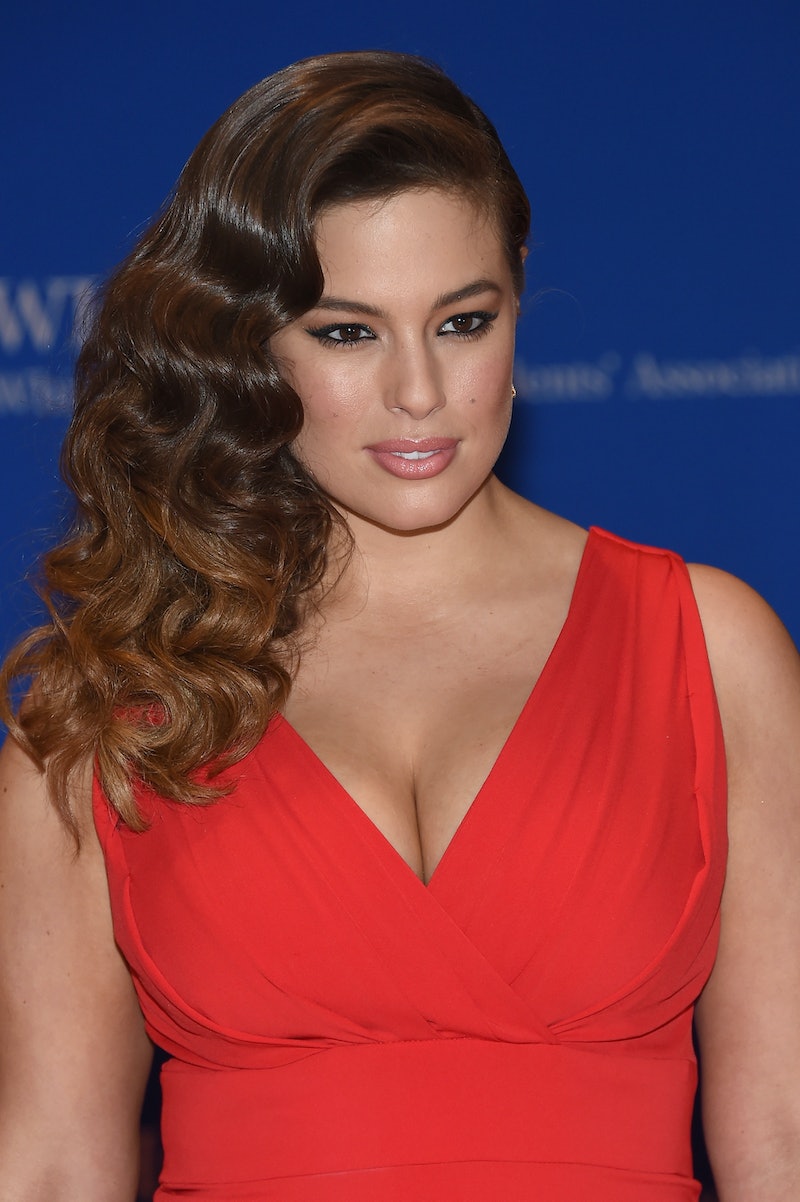 Since making her Sports Illustrated cover debut earlier in Feb. 2016, a certain model has been making her rounds in the Hollywood elite. However, Ashley Graham at the 2016 Met Gala didn't happen. Although this babe is a force to be reckoned with, she didn't hit the Metropolitan Museum Of Art on May 2.

From sitting with the Fashion Police at this year's Oscars in a red cut-out dress of dreams, to attending the White House Correspondent's Dinner in a bodycon meets mermaid-cut gown, there's been no stopping Graham as of late. In an era when much of the world is finally fighting for increased representation of all types of people and bodies, it makes sense that the first model visibly above a size eight to land SI's Swimsuit Issue cover would be attracting the masses. But I'm willing to bet she's a little too busy cultivating her new Revlon relationship to hit the gala's red staircase.

Throughout the year, Graham has been rocking solid red hues for her very public appearances. It's a bold color; a color that demands to be seen. Like Graham, it's unapologetically loud and self-loving. For the Met Gala and its "Manus x Machina: Fashion In An Age Of Technology" theme, I hoped that Graham would bring back her favorite hue with some sort of futuristic spin. Heck, maybe she'd be rocking a statement necklace decked out in emojis with a Graham-approved red gown. We're not getting any of that, but at least we're getting the promise of a curve model in a beauty campaign. Personally, I'd still call that a win.

Is it a campaign? Is Graham a new face of the brand? Was she just celebrating Mascara Day on May 1 with a sea of colorful options? We don't yet know. But thing's are looking pretty good for the modeling magician.

More like this
Readers, the 'Bridgerton' Cast Dominated The Met Gala
By El Hunt
Glossier's New Skincare Product Smells Like Spring
By Tomi Otekunrin and Jessica Morgan
8 Knockout Beauty Looks From The 2022 Billboard Music Awards
By Audrey Noble
The Most Extra Party Girl Beauty Looks From The Early 2000s
By Paris Giles
Get Even More From Bustle — Sign Up For The Newsletter