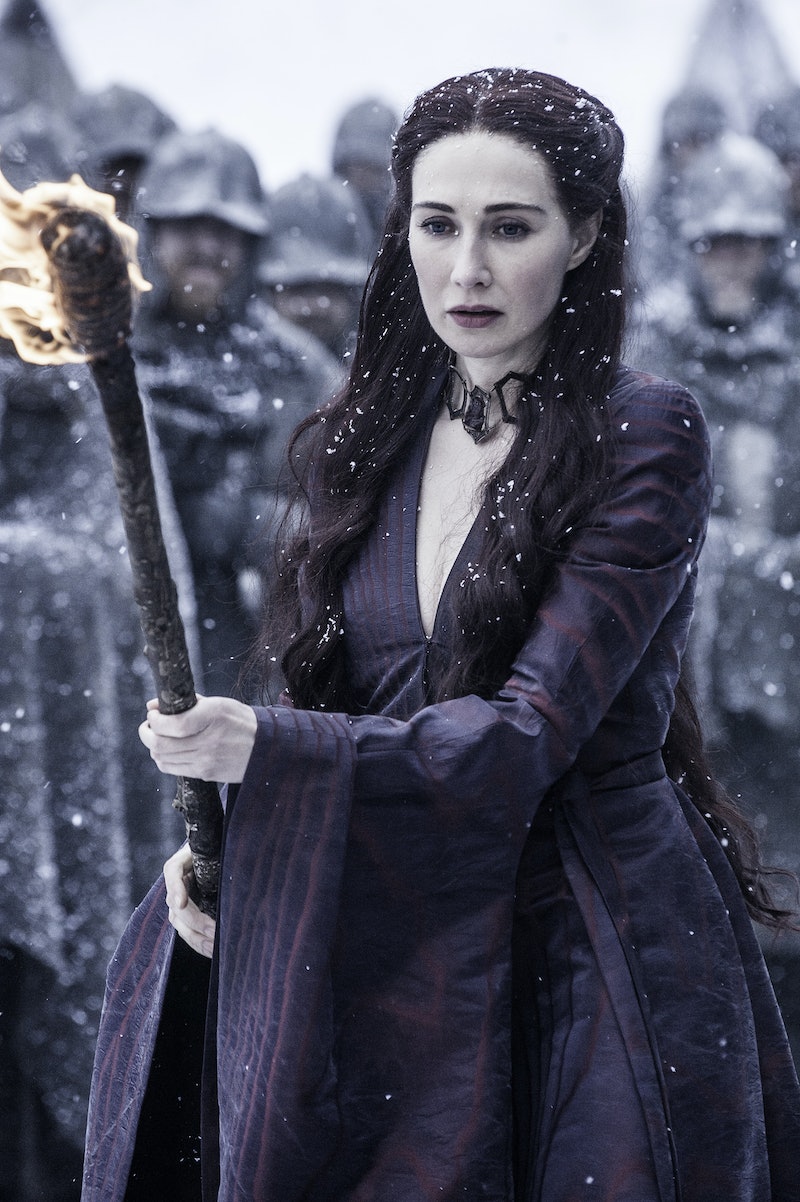 The moment we've all been waiting for has finally arrived. Melisandre saved Jon Snow on Game of Thrones and let me just say it is about FREAKING time! After months and months of predictions and second-guessing, it turns out that the writers have been trolling us this entire time. Jon Snow is alive and back from the dead, thanks to a complicated spell that Melisandre performed. However, it had a delayed reaction, so as far as she and Davos are concerned, the attempt failed, so they'll definitely be in for quite a shock come next week.

Naturally, I'm beyond thrilled at this turn of events. (The Wall just wouldn't be the same without the ruggedly handsome Lord Commander.) However, after watching this show for five seasons, I'm not naive enough to think that his return won't come with certain consequences. We may need to prepare ourselves in thinking that the Jon Snow we once knew may still be gone. Who's to say what this resurrected version will be like once we get a good look at him.

Melisandre was very hesitant in doing the spell at all and only did it after Davos insisted that she at least try. But, I don't think her hesitancy had anything to do with her lack of faith. Maybe it played a small part in the matter, but it seemed more like that she didn't trust the outcome of such a powerful form of magic. Perhaps she felt the side effects would be worse than death itself. And, while she may very well have a point, what's done is done, and I can't pretend to be anything less than thrilled about Jon's return to the land of the living.