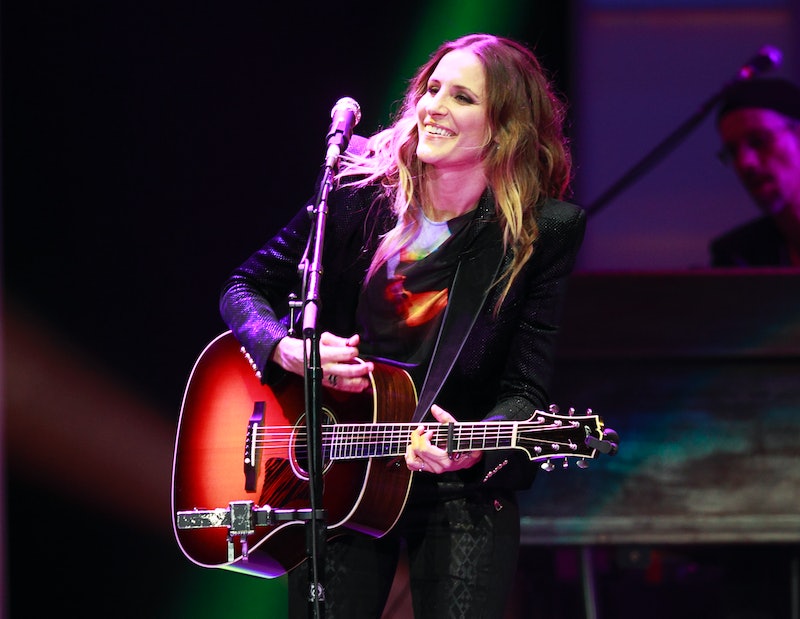 The Beyhive is expanding. Upon the release of Beyonce's latest album, Lemonade , buzz around both the singer's personal life and the music itself just can't seem to quiet down. And now, even some of country's biggest music stars are getting in on Queen Bey's new and versatile sound. In fact, it seemed like it was only a matter of time until a country artist picked up one of Beyonce's folksy new tracks. And a couple of queens of country brought some of Beyonce's southern spirit with them when they took on a track off Lemonade: Yes, The Dixie Chicks performed a cover of Beyonce's "Daddy Lessons" in Manchester, England Saturday night.

The group took on Bey's emotional song with their signature harmonies and nothing but love as lead singer, Natalie Maines, kicked things off. And, although a missed cue gave the song a rocky start, they quickly laughed it off and kept on going after Maines said, "I already messed this whole thing up." But did they really mess up their chance at covering a Bey song? Well, that you would have to decide for yourself. However, personally, I would say that Maines, Emily Robison, and Martie Maguire did nothing less than give the song the country-approved stamp it deserves. Just check out the performance below to see for yourself:

Luckily for Bey fans around the world, the Dixie Chicks' cover of "Daddy Lessons" seems to be just the beginning to a slew of covers off of Lemonade . In fact, stars and fans alike have taken Beyonce's latest tracks into their own hands both on stage and the comfort of their own bedrooms simply because, why not? Some of the songs off the album that have already been covered include "Sorry," "Freedom" (which features Kendrick Lamar), and even "6 Inch" (which features The Weeknd). And I am definitely expecting a ton more covers to come along in the coming months (years, even). Here are some of the best fan-made and YouTube-star covers you can listen to so far:

This cover is a whole new take on the song. But it's still lovable all the same.

And the ballad coverage just keeps on coming.

But let's not forget the faster paced songs as well.

And keep the Lemonade covers coming, world. Seriously, I don't think I'll ever get enough of this album.