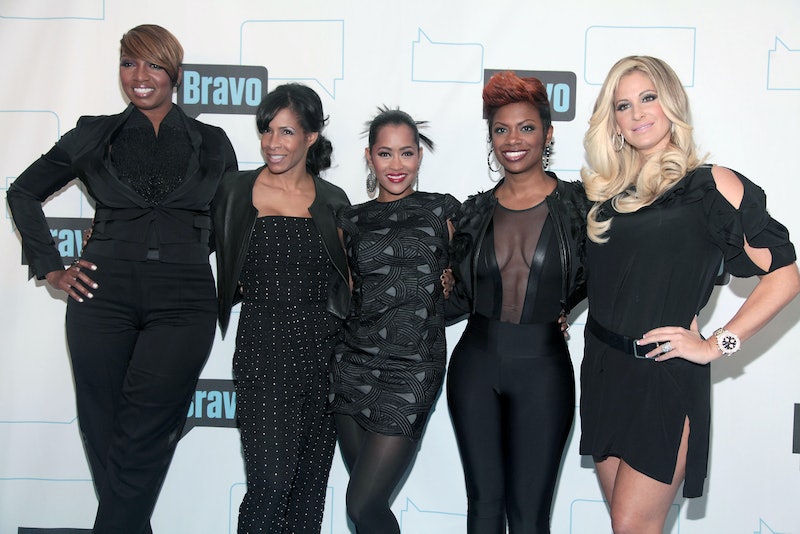 There might be only a handful of women on each Real Housewives show, but each one of them brings a lot more to the cast. A lot of them have significant others and children who end up being a part of Real Housewives, too. Some of the kids become an integral part of the show, while others just make cameo appearances here and there. And then there are some who are only mentioned and prefer to stay away from the reality show cameras altogether. No matter how their children end up participating, a lot of the Housewives are mothers and some of them have a lot of kids. But which Real Housewife has the most children?

After thinking about it, I realized the answer to this question isn't exactly a mystery — especially if you count everyone from Real Housewives history instead of just focusing on the current cast members — because one woman wasn't afraid to include her many children on the show in a big way: Kim Zolciak.

The Real Housewives of Atlanta alum went from being the single mother of two girls when she first started on the show to a married mom of six children in a relatively short time. Kim's life definitely changed a lot from her first RHOA episode to now, that's for sure. I don't know how she is able to keep track of such a big family, but I'll break it down for you.

Kim's oldest daughter, Brielle, is basically her mini-me. They are starting to look like the same person and if you watch Kim's RHOA spinoff, Don't Be Tardy, you know that they have pretty similar personalities.

Based on what I've seen, Ariana really has it together. She is a good student and a very hard worker who makes her mom very proud.

KJ is the first child that Kim had with her current husband, Kroy Biermann. He is named after his father and looks just like him too.

It seems like Kim had her kids in pairs. First she had the two daughters, then she had Kash and KJ who are close together in age. And based on Kim's Instagram, the boys seem to be BFFs who do a lot together.

Kim's twins have to be the cutest babies I have ever seen, and they are always doing something adorable.

Kim really has to have a lot of patience to keep up with six kids. I can't imagine what it's like and no one else in the Real Housewives franchise knows either. None of the other ladies have six kids or even five kids. But there are a bunch of ladies who have four children: Kyle Richards, Kim Richards, Teresa Giudice, Tamra Judge, and Heather Dubrow all keep busy with their big families just like Kim.